I’ve also attempted creating my lightmap mapping channel first and use the “Edit mapping channel” to change it to channel 2 but everytime i edit the mapping channel the UV resets to its original state before unwrapping. Is this a known bug? Or am I just doing it wrong? I’ve tried this on both Rhino 6 and Rhino 5 and the results are the same.

If anyone has experience using Unreal Engine and Rhino, could you share some tips on your workflow? I’m trying to avoid using any other program such as 3dsmax or blender to unwrap the UV’s before importing over to Unreal Engine.

TL;DR
How do i pick a specific mapping channel to edit in the UV Editor?

I think Unreal Studio (Datasmith) has a workflow for this (it has been a while since I used it). It can also read 3dm files directly.

Hello - as far as I can see only mapping channel 1 can be edited. I think the features you’re asking about are simply not in there yet - what you suggest makes sense, if I understand it, but it’s just not implemented in that way that I can see. UV editing makes a custom mapping object and (I’m guessing) only one of these is currently supported.
https://mcneel.myjetbrains.com/youtrack/issue/RH-47922

I’m having the same problem.
A software that allowed you to converts automatically surface to unwrapped mapping mesh.(but is extremely expensive) is:


After the conversion and mapping they claim is ready for importing it into Unreal or Painter other FBX software.

I’m having the same problem.
A software that allowed you to converts automatically surface to unwrapped mapping mesh.(but is extremely expensive) is…

You should be able export your CAD data to any mesh modelling application, including the excellent and free Blender. Here you can unwrap and assign multiple mapping channels, if needed.

The greatest obstacle in this process is not transfer between tools but rather the structure of CAD render-meshes: Every little fillet translates into its own tiny patch and typical UV editing tools don’t work well triangulated surface seams. Good UV work with CAD meshes usually means more work than with SubD-meshes - or having to remesh the CAD file with tools like Zbrush.The linked product very likely can’t offer a push-button solution for this problem either.

That all being said: Rhino already supports more than one mapping channel, but unfortunately only for predefined projectors like Box or Spherical.

You should be able to export your CAD data… Blender.

We usually refer to a CAD file to IGES extension capable of exporting NURBS or surface.
Blender does not allow you to import IGES surface. So you need to create the mesh in Rhino. Instead, that particular software is capable to convert automatically your CAD (surface) into a mesh (including LOD) and unwrapped without al the manual process involved. 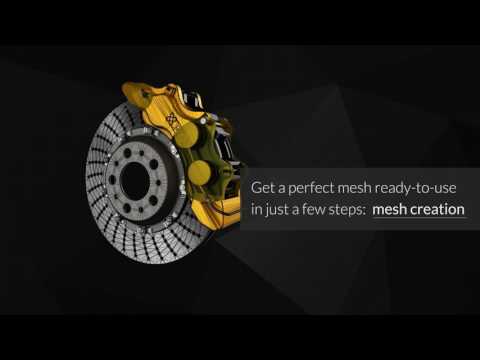 My workflow for UDK Unreal Unity, etc… is to first unwrap in Rhino the polysurface,

At the moment the only solution i found was to export the meshes as FBX to Blender. Then “join” them there and return back as OBJ. Since Rhino export beautiful and perfect custom vertex normal maps is better to preserve them across the workflow. Blender FBX exporter is applying vertex normal recalculation that change the final vertex normal. Blender OBJ exporter is working well for vertex normals.

then convert to mesh using Grasshopper for inspecting better the final result dynamically and accuracy instead of just using the command.

Export to Blender as FBX and join there the meshes.
Also, prepare the final UV mapping and material before Painter.

The process for a good rendering or game object is long. Rhino is one of the best tools for creating hard-surface. Is possible to paint the final product in Substance Painter, but Rhino is still not a good friend tool for the final unwrapping triangle polysurface model (unwrapping). Also converting into mesh quads or triangles is a bit overcomplicated full of unexpected results as for example, not align triangles, holes, etc. Still, Rhino can be a very good option and here is a draft copy of my…

I was under the impression that money was an issue and wanted to suggest cheap or even free ways to achieve equally good results. If you however need to export often and that software does exactly what you need, it’s likely worth its money :o)

Btw. at least what’s shown in the short clip isn’t an unwrapped mesh - it seems to have a simple Triplanar projector applied.

Blender does not conserve Rhino vertex normals when you unwrap in it. Also there is a bug:
https://developer.blender.org/T66537

And Painter is not importing the Blender vertex normals because of this bug
https://developer.blender.org/T66925

So you need to export as FBX/OBJ from Rhino to Blender and return back passing to Rhino so that Painter can pick up the correct vertex normal without making an average recalculation.
Rhino>Blender>Rhino>Painter.

@ngjeehong
I did not experiment with Multiple UV Channels but is becoming a standard. I prefer exporting meshes for each UV channel.

I think you are talking about UDIM’s tiles.

@Christian_Schmidts
But I believe that If you put the UV mapping mesh outside the 0-1 tile and you open in other soft, it could open as multiple UV tiles? did you try that?

importing that into other soft

And for example if you importing that into Painter

Can we export fbx from Rhino, with multiple UV Channels? So far no luck in my tests. Multiple UVs are really needed in all sorts of programs.