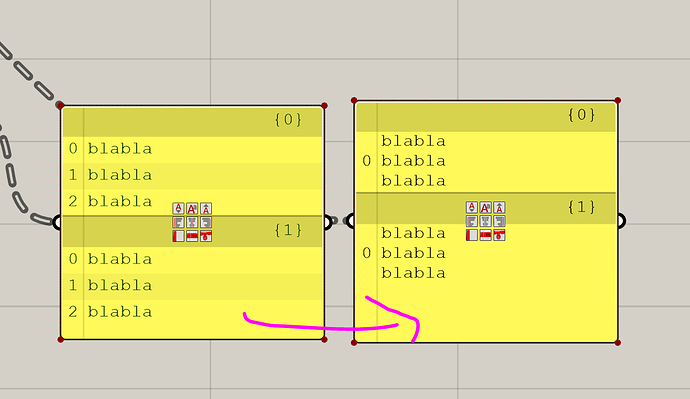 That’s not possible. Unless you want each of those items to be “blablablablablabla” as one combined item each. Then depends on the data how you join them. Every item always has an index.

It’s not the way lists work or indices. Think of it like this this. You are trying to give 3 houses next to each other the same address. This is gonna be really confusing for the mailman.

i know but it makes sense when you say: take all lines (indices) put them next to each other and put “enter (new line)” behind every item

For each branch, list each item in that branch to the following cells below each other.

What I am trying to say is. You could display it in gh the way you said but that they will then be considered one object.

That becomes one object.

You can see here it reads all that as two objects instead of 8. 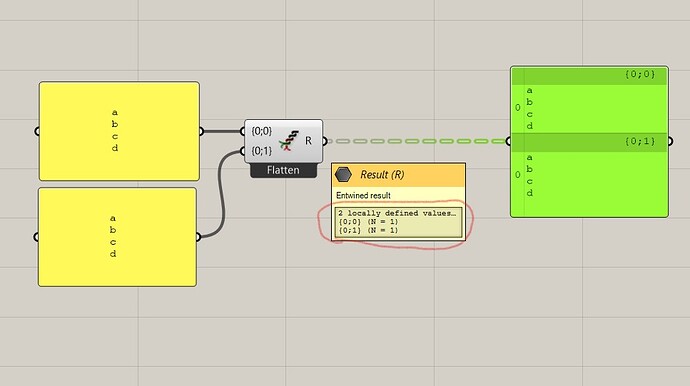 Not as simple as you thought, eh? I told you so.

I found a guy who coded it in c#. I am surprised how easy it seems. So far the first part of the script is done which fills in empty cells. [image] sample-data.gh (7.8 KB) This can be handy if you want to complete the hierarchical list without manually copying identical data 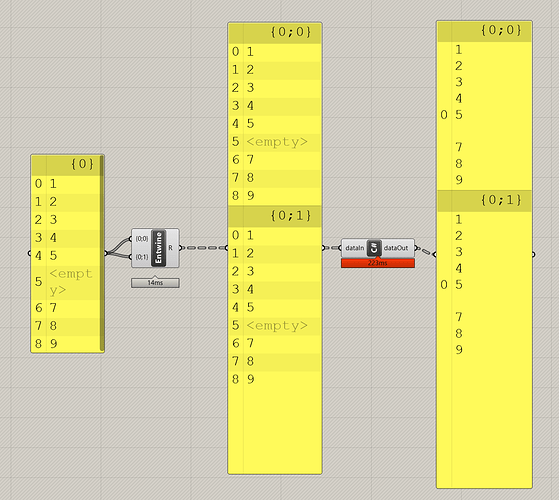 If I wanted to do what you ask (which I don’t!), I would do it this way using Text Join, simple, without any complex C# code. 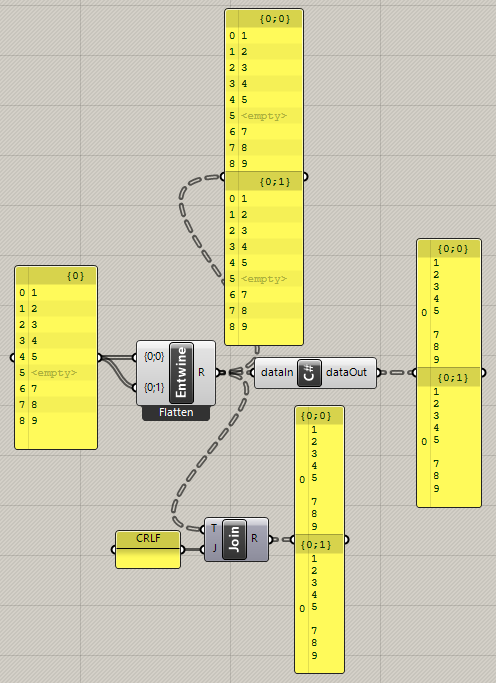 But doing this is just wrong. You can’t use data that way unless you split it apart again.