please tell me, is it possible somehow using a python or from a sharpe to list the numbers of neighboring lines with a network edge in the tree lists, and similarly, by analogy with the Brep Topology node? 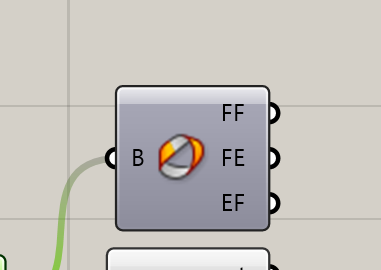 a similar question is considered for bodies in this topic

Can anyone suggest a strategy to perform a process within python similar to ‘Brep Topology’ in Grasshopper. I have not been successful in finding a similar command in python. Thank you. 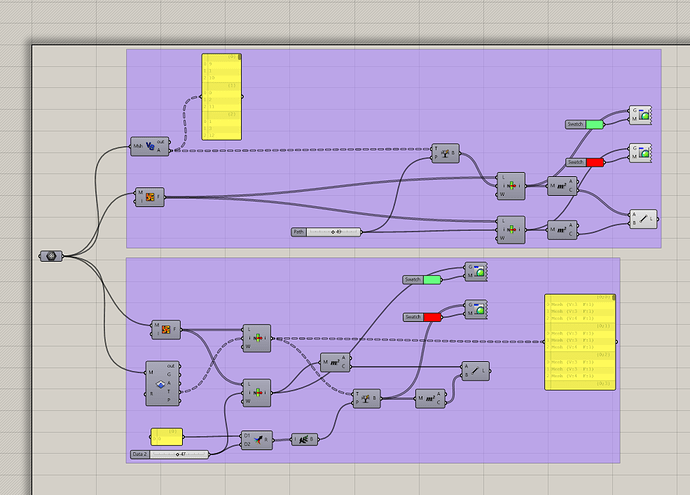 I might be misunderstanding the problem, but if you’re trying to compute node valences for a network of connecting lines, you can get their end-points and count their occurrence. Like so:

Check out the Topologizer plugin by Daniel Piker: 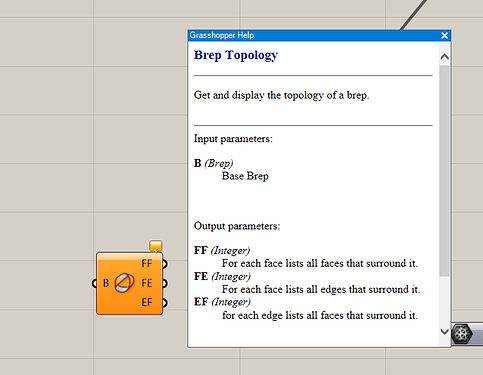 It sounds like these are the methods you are looking for:

Not sure I understand either, but if you just want to recreate the brep topology for a mesh:

Or just use the API methods mentioned above

Probably the last part is a bit a workaround and the API method keeps the sorting consistent.

Given the opportunity and using Methods exposed in the R SDK this is how to do (C#) the 7 (out of the 9) mesh connectivity trees (3 classes of collections [V,E,F] meaning 9 possible combos). For the rest 2 you’ll need a couple of lines more. 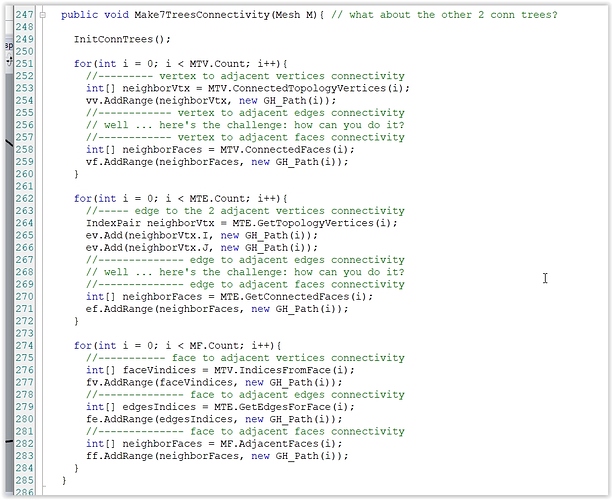 MTV, MTE, MF are MeshTopologyVertices, MeshTopologyEdges and MeshFaces public collections (as they are the conn Trees).

I have a question. How do you get all the curves at each node？

This is called VE Connectivity. 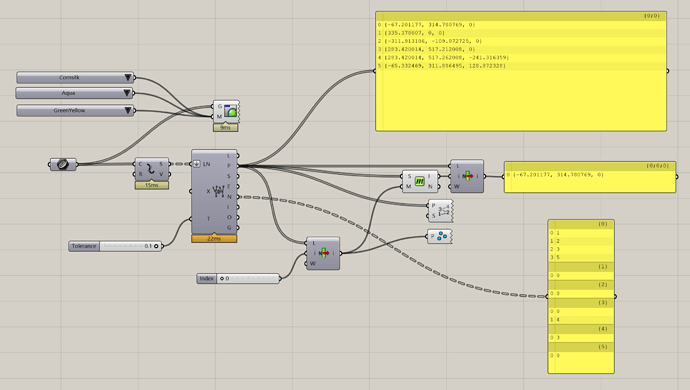 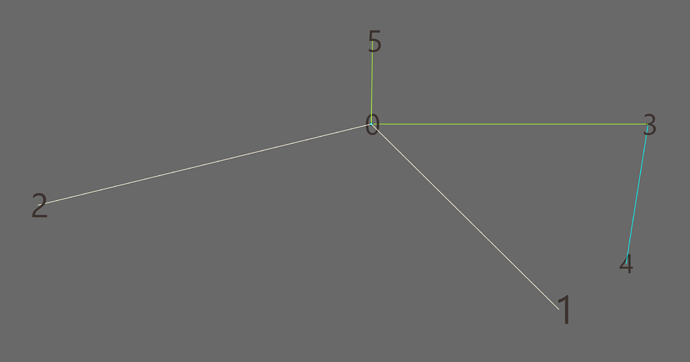