Hey guys, I’m running into issues even when precisely drawing a polyline with vertex snapping on or duplicating curves, half of the time the mesh gets split miracolously strange. Is there an approach like SLAB because all resulting extrusions are along normal of the adjacent surfaces hence always pointing away from the mesh and 3d geometry unlike curves is a far better cutting object; Thanks for clarifying. 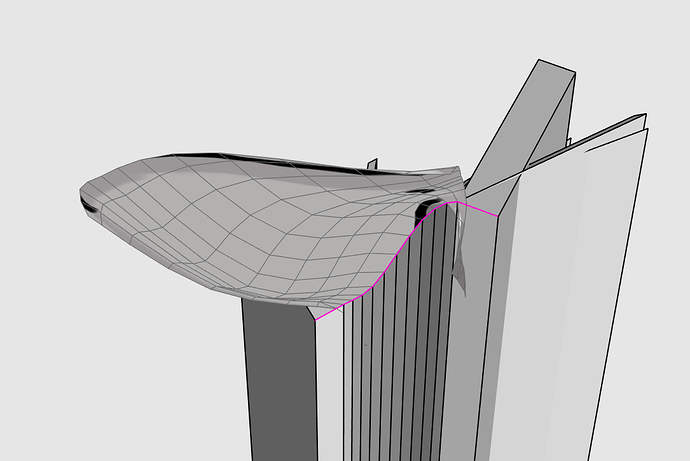 Hi Hannes - the grim truth is that this is unlikely to be really reliable in the near future, I’m afraid. Probably better off, if the split occurs on the existing vertices, using ExtractMeshFaces.

In a desperate act you can run MeshToNURB to convert faces to polysurface, use Split (much more reliable) and then convert back to mesh… May be OK in some workflows, but yes, mesh splitting in Rhino is underdeveloped as of right now.

Thanks a lot @pascal and @jarek for lending me a hand on this. Yes, I certainly rather split in Modo (or each other poly modeler) because the edge selection tools are more advanced so I would split and then go to Rhino and use the tools that would work better there. E.g. I go for some geometry (surfaces/meshes) to cut through meshes. This works perfect when using patches also for cutting geometry. As you see here:

Rebuilding profile curves from Level 1 polycurves to Level 2 would also do the trick. @jarek problem with not converting to polysurfaces is because the texture would be lost as far as I experienced…

Also work with SpaceNavigator to rotate view so I can easily select a row of the extracted Meshwireframe. than using the curve to Patch and take that Patch for splitting (not the curve) – same here, Level higher than 1,1 achieves good results.

Made an mesh intersection, rebuild to 3 level curve, used curve for sweep rail and 2 profile curves. It’s all about as you both say, just go for nurbs geometry to cut or split. 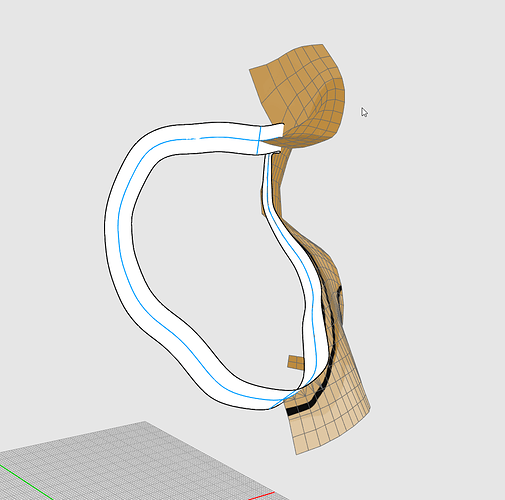