In v5 I have three layers that I keep at the top of the sort order by prefixing their names with an underscore i.e. _scratch. It seems that in v6 the underscore is ignored and the layers get sorted by the first alpha character.

My preference would be to allow that underscore to lead the sort order. Having those layers at the top of the list speeds a lot of operations that involve layer dialogs. Most of my heavy lifting is done on those layers then moved to the tree below.

Hi Rob - as far as I can see a leading underscore does force layer names to sort together. 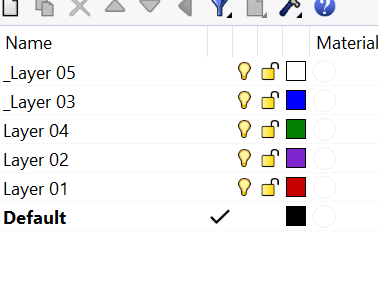 is that what you mean? 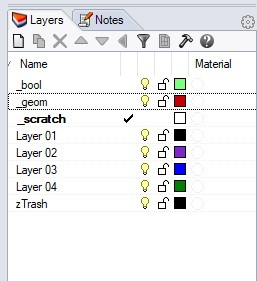 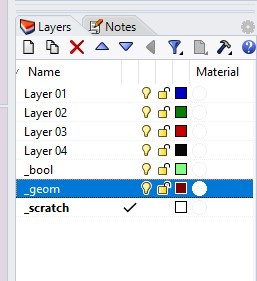 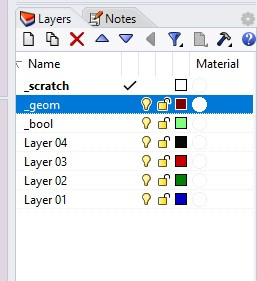 in the overall scheme of things I know this is trivial as I could just put numbers in front of the names BUT - I work with a lot of legacy models going back to Rhino v1 that have this layer naming convention.

WIP with a number leading the sort order

v5 with the underscore leading the sort order

The layer name sorting bug will be fixed in Rhino 6.2 which is scheduled to ship in about 5 weeks. The fix is that layer names in Rhino 6 will sort exactly like they did in Rhino 5 on US-English locales, and probably most other locales. In particular, all common symbols, including underscore (_) will sort before numerals and latin letter glyphs.

RH-41224 is fixed in the latest Service Relase Candidate