I’m trying to use kangaroo 2 on mac by opening a definition but an error message appear saying that some components are missing. The thing is that I have already installed kangaroo2 on grasshopper.

Do anyone know how to solve this? 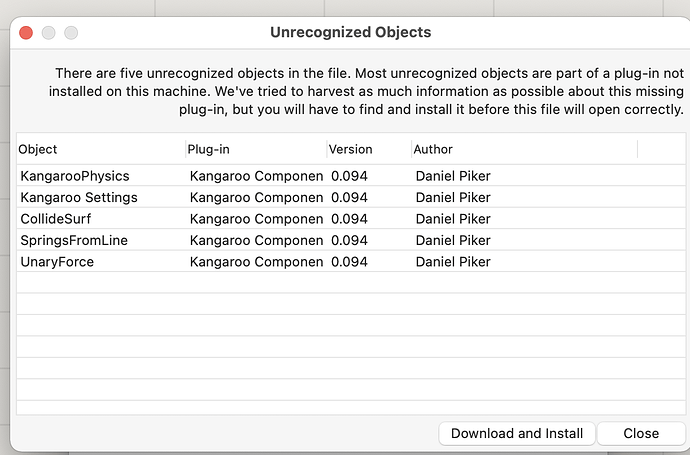 The components those errors are about are from the old version of Kangaroo.
If you post the file I can show how to do the same thing with the current version.

Hello @DanielPiker Daniel, thank you for your help

Here is the file

Does the name of the components has changed?

Hello @DanielPiker , Have find finally a way to solve this issue?

Have a look at the ‘Drape’ example here: Also, here’s one using a much faster version of the solid-pt collide component.
Drape_example.gh (50.4 KB)
It uses a script though, for which you’ll have to set the assembly reference location when you open it, as described here:

Yep, as a long term macOS user, I’m aware of that. Thanks for the absolute path to the dll. Entering this when prompted for an unresolved reference solved the issue I had! [Screenshot 2020-03-02 at 19.38.02] @DanielPiker, @dan, entering the path into the dialogue, instead of the whole app renaming business seems to be a better, less unprofessional idea (for a pro app)!! Another long-term solution could simply be to make Rhino/Grasshopper aware of where official dependencies (like K2) are loc…

I have change the trajectory as explained in the comments but I have an error in the second script box:

Ah yes, it was using the task parallel library, which I guess isn’t available on Mac.
Here’s a version with that changed to a simple loop:
Drape_example_nonParallel.gh (46.8 KB)

It is working thank you! And how can i prevent it to go in the mesh ? And to make a drape of a box?

Here’s one that uses solid-line collision, which should do a better job of preventing it clipping through the edges. You can also use a slight offset of your solid to avoid this:
drape_lines_boxes.gh (18.5 KB) 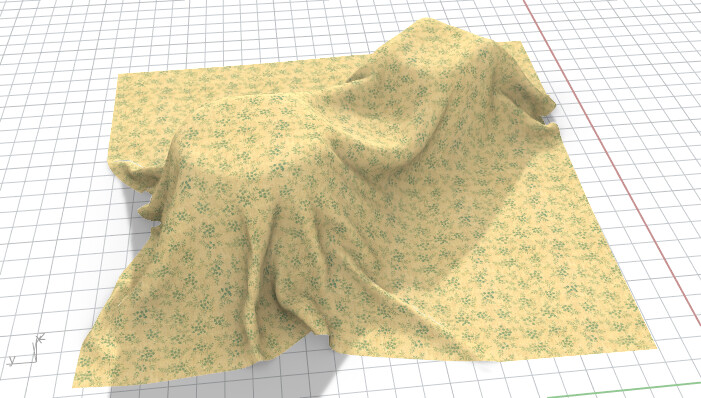 Thank you very much @DanielPiker

Parallel threading is actually supported on mac. You just can’t access it directly and have to use System.Threading.Tasks.Parallel to access it…

Good to know, thanks!