Case of two ellipses (one offsetted) 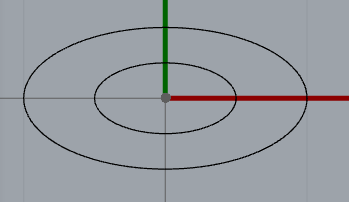 I tried to see the deviation between them result:

So they don’t overlap, that should not be an issue.

Here’s if I trim them and use the command again: 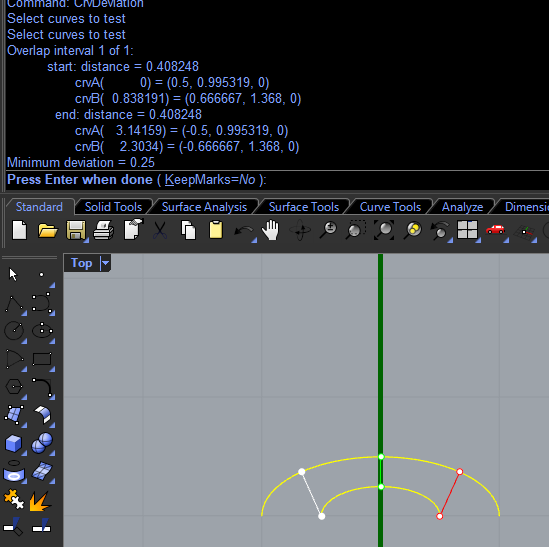 When using GH and Python the error is unclear:

Why NoneType both inputs are set to Curve: 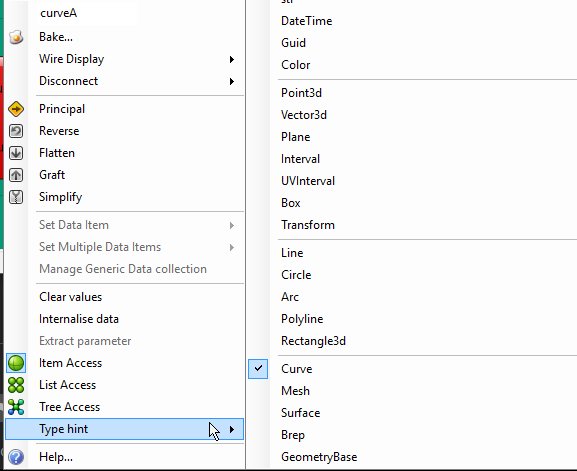 CrvDeviation works as I’d expect for two half ellipses simiilar to yours. Max deviation is between the end points. Can you upload a .3dm file with your geometry?

what is there to upload, it’s right there, create ellipse, create offset and CrvDeviation on the ellipses, not the half-ellipses.

Curves do not overlap of the half-ellipses either, why the message?

There has been much discussion about this. Just search the forum for CrvDeviation… for example:

Thanks for the reply @Helvetosaur,

So, _CrvDeviation is, simply said, faulty.

Still though I don’t get the NoneType error of the Python implementation.

NoneType is Pythons null. Your error means something is becoming null (probably due to
CrvDeviation problem) so the rest of the code doesn’t know what to do with it. Usually you throw an error saying if null, display error.

What is a 'NoneType' object?

Well, if I try this, everything works fine and as expected.

In my case, ClosestPointBetweenCurves and CrvDeviation produce identical results both for a trimmed and untrimmed elipse.

Without example files (especially considering that if I remember correctly your personal python script used to have bugs…) it’s hard to narrow it down.

Bad thing is noone is even working on this.

Lol, that has nothing to do with that. In Rhino alone the bug exists.

Don’t look at the Worked On By field, but the Assignee field. The former field might get updated after a commit, or after testing. Then again, it might not get updated at all. The field is of no interest.

You see it is on the list of @GregArden, and it is currently slated for v7.

it is currently slated for v7

Yes, I was disappointed by that (v7 target) in particular. Since I was trying to develop a tool around that command, and now I cannot rely on it.