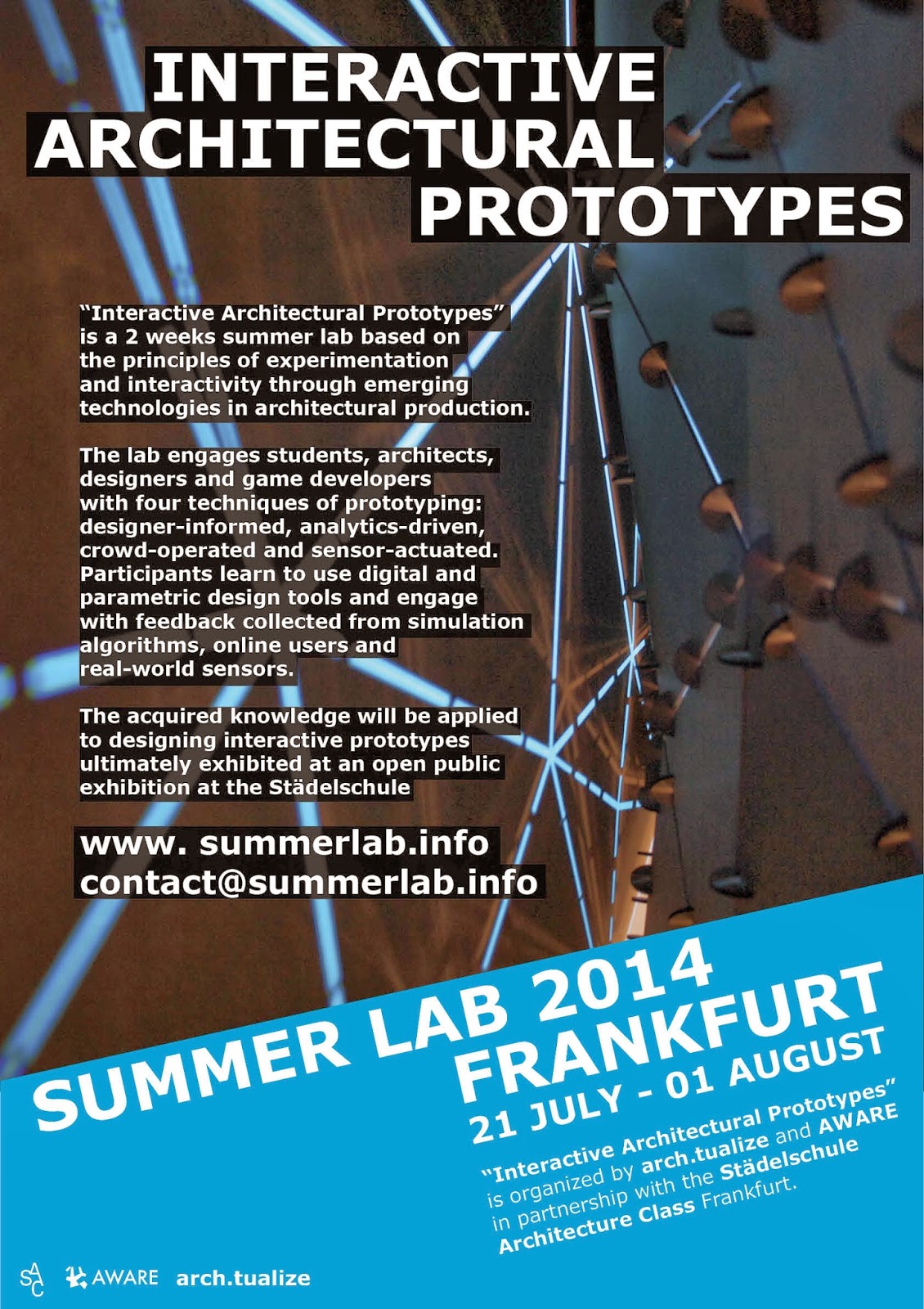 “Interactive Architectural Prototypes” is a 2 weeks summer lab based on the principles of experimentation and interactivity through emerging technologies in architectural production.

The acquired knowledge will be applied to designing interactive prototypes ultimately exhibited at an open public exhibition at the Städelschule.