How to replicate EnableClippingPlane command in a script?

I found also this example here, but I’m not sure if this is meant to work “globally” or only in a specific view like EnableClippingPlane and DisableClipping:

There have been a similar question asked in 2014, but I’m hoping that since then something new might have emerged.

If there is any simpler method available please let me know. 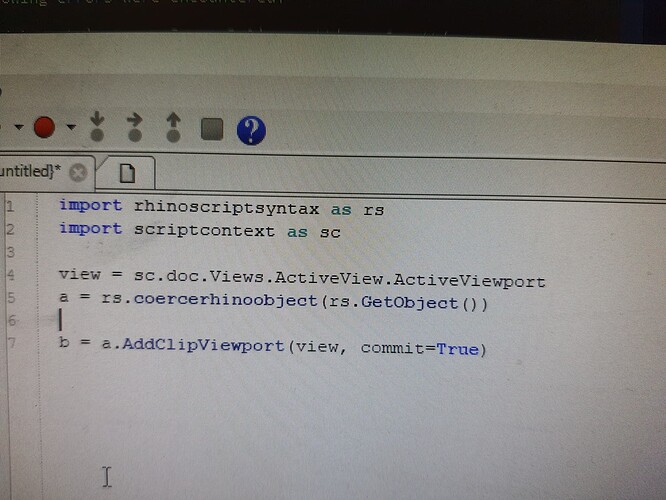 Thanks, reading through the previous threads I realize that you needed to repeat that a few times to many people, so I very much appreciate you patience.

I couldn’t however see the viewId property on the clipping plane objects. I did see you mention it, but it doesn’t appear anywhere as reported at least by the IronPython debugger: 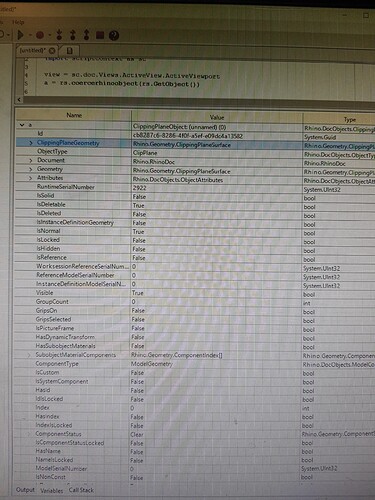 Really sorry, about the screenshot quality

As mentioned above though Add/RemoveClipViewport methods does work (for me)

Hmm the ViewIds property that you mentioned belongs to a Rhino.Render.ChangeQueue.ClippingPlane class, while I was looking at ClippingPlaneObjects in the active Rhino doc. Sorry, I’m sure that’s a very basic question, but how one binds the two together. I can’t seem to find viewIds on the clipping planes.

The other one is indeed for ChangeQueue implementations in realtime render engine integrations.

Perfect, thank you very much. I expected it to be a property, methods don’t get displayed in the PythonEditor debugger (unless they are in is some “dunder” now that I thought about it…). Very helpful!