How to fix dirty polylines?

In another thread, I ended up with “dirty polylines” that double back on themselves with overlapping segments. I tried various ways to find the pair of points (in a cloud of segment end points) most distant from each other and stumbled on Discontinuity for that job, though am not quite sure why it works?

I think I got it. The yellow group at first appears to do the trick but those are “dirty polylines” that double back on themselves with overlapping segments. The orange group fixes them by using Discontinuity to get visually accurate end points and recreating each line. Curve End Points were useless for this task because they were usually somewhere in the middle of the dirty polylines. I tried various ways to find the pair most distant from each other and stumbled on Discontinuity for that …

Here I’ve created a test using 77 random lines. I divide each line and Jitter the points to create visually identical “dirty polylines” (verified by comparing their lengths, not shown). The pink points are the “real end points” of the lines while the rest of the points come from Discontinuity, proving that the method doesn’t work here as it did in the other model.

P.S. I guess the answer to the first question is that this test doesn’t replicate the conditions in the other model, which is more likely two segments of different lengths with a shared start or end point. I could just be grateful that the other model works and forget about it, I guess… but I’m curious?

Interesting, thanks. Eight years old? I imagine it can cover many sins…

To complement the recent Exoskeleton wireframe thickening tool by David Stasiuk and myself, I am also sharing this component for cleaning up messy wireframes o…

No sign of a Rhino 6 version but assume you wouldn’t mention it if it isn’t compatible? 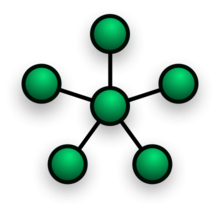 It should work in any version of Rhino.

It should work in any version of Rhino.

It does. The “Download and Install” feature fails so I used the copy you posted, thanks again. 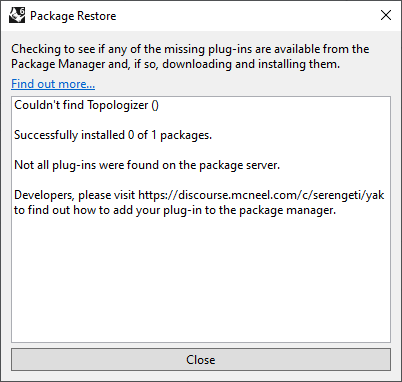 The sandboxtopology.gha file from Food4Rhino is 59 KB compared to Topologizer.gha at 19 KB so I guess there are more features in it? I didn’t install it to find out as I am reluctant to install any plugins for several reasons… But in the spirit of trust, let go and let it flow, I tried Topologizer.

Surprisingly, the ‘By Hand’ method seems to work with ‘Sphere Lines’, despite Dispatch ‘B’ having no output. Otherwise, the results are very similar.

I’m uncomfortable with the mysterious black box nature of plugins but concede this works well.

Fit Line works well with the ‘Sphere Lines’ because their discontinuity points are distinctly linear.
The ‘Random Grid’ is more problematic because the rectangular curves must be broken up and sifted into horizontal and vertical segments before joining each type separately (both outputs of Dispatch in the yellow “dirty polylines” group). At that point, there is no difference between Fit Line and what I am doing because Discontinuity returns only two points.

I am not sure if i understand the problem, for grid you can also use fit line.

Thanks anyway but I don’t recreate code from images, especially icons. And as I explained in my previous post, I tried using Fit Line and didn’t find it useful for the random grid of rectangles.

I don’t recreate code from images

You don’t need to tell me that

You don’t need to tell me that

?? Had you posted the GH file instead of just the image, I would have looked at it.