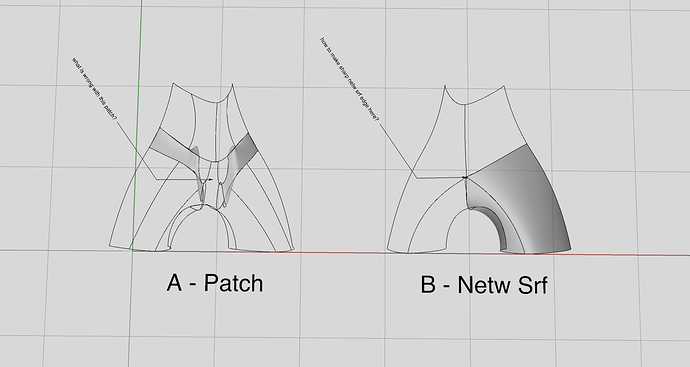 I would like to patch the curves on the layer “PATCH?”
But I am not sure why the surface turns out so distorted.
Would someone please have a look at it, and add some suggestions how to do it?
Alternatively I have tried to do a workaround with netw srf-command,
but this is not as desirable in this particular project, and is also with a problem with the joining edge.

Any comments and suggestions in general how to do this Y-branch shape is welcome, thanks

Learn how to model a smooth Y shaped polysurface in Rhino using the Sweep1 and BlendSrf commands.

Thankyou very much, i will try it out.
I was hoping for some method I could build with curves, and later modify the surface(s) by editing the curves or curves through points (Explicit history ex.)
The project is for a playground sculpture with many branches, and it would be best to be able to nudge around all the surfaces, to create a coherent, organic composition in the end.

Hi Ohlers - given the shapes you have, I think I might start off with something like the attached and then build the ‘trunk’ off of that.

@ohlers There’s one more curve at the top that I used and did not make red, and I made a quick try at the ‘trunk’ - download again…

no worries - I got it
very nice method thanks!
after your first sweep2, i did a simple straight curve across edges
project to surface
trim
and then a new sweep2 and join

very quick and perfect for what I need. 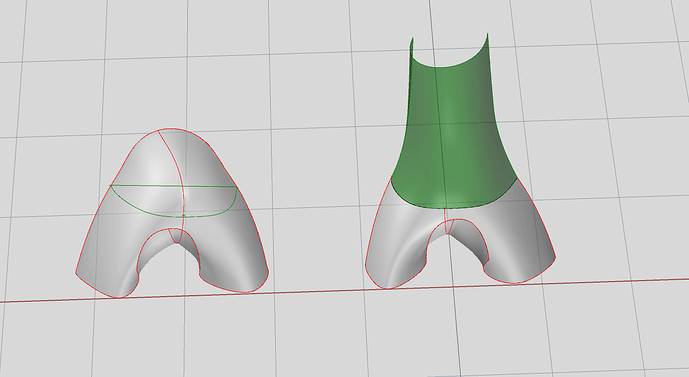 OK - I used NetworkSrf so that I could include the curves at the top/apex of the section curves.

OK - I will post update here with the project

so far so good - its a nice method, using Pull to get the right Trim curve on the first surface.
The branch is also now netw srf, using curve through pts with history, to edit the surface after the netw srf command. 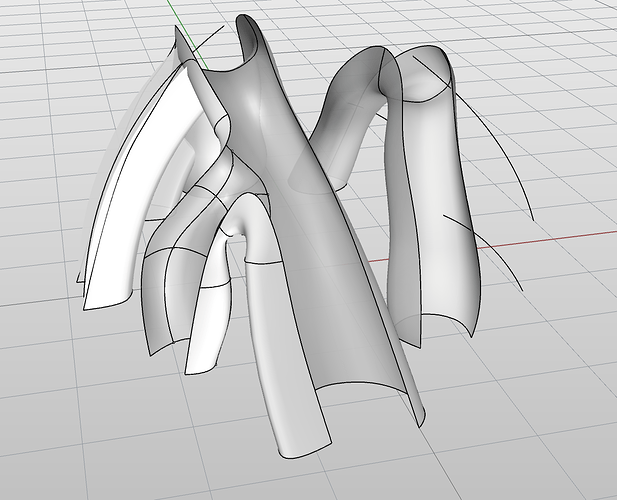 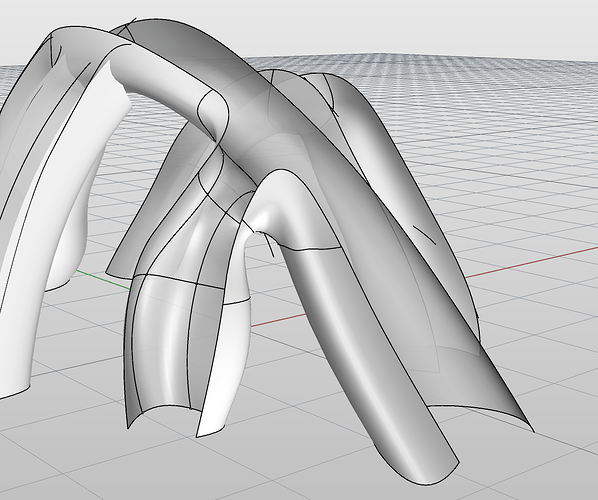 by the way… I would suggest that Rhino introduce a new command, a variation to
"Curve: interpolate points"

I think it could be very cool, if the interpolated curve would be updated, when nudging the intersecting curves, and thus get the same effect, when drawing curves through points, with history.

Only, you wouldnt have to draw a bunch of points first, you could just very quickly draw intersecting + interpolated curves.

I know this is possible in “Grasshopper”, but for my workflow its a bit overkill to open a “Explicit History” session just for a few curves here and there…

You could call this new command: Curve: Interpolate “sticky” points

get the same effect, when drawing curves through points, with history.

This is cool ! I only know a fraction of Rhino - but it never ceases to amaze me !
‘EditPtOn’ + ‘Near’ will definetely be my new favorite

You can also slide end points with ‘Near’

What about an IntPtOn command? (Intersection Points On)

I think your proposed tool would simply place curve edit points only at the ends and Int points with the cross curves.

Yes that is correct

oh, and ‘insert edit point’ is helpful too

Should we move this talk of Intersecting curves to a new topic?