I want to create a curbstone along the entire perimeter of the road. The main problem is that when rounding turns to n radius, the manifesto incorrectly works and lags strongly. On this node “fillet” I break into points and draw straight lines through them. In the final roseltate, an incorrect model is created, in the sense that somewhere the plane between the two lines is created, but somewhere it is not.

I checked a bit your lines and it looks like you would have some work to do before throwing boundary surfaces, offsets and boolean differences.

See the 3 pictures below, when zooming (super close), some curves are actually not connected to each other.
On the last picture, I forced them to be closed (“close curve” component from Pufferfish), but the exterior curves create weird (but totally normal) shapes. So first I’d manually (or via Grasshopper) adapt the outside line so it is continuous, then force the rest to be closed and finally starts offsets and the rest ! 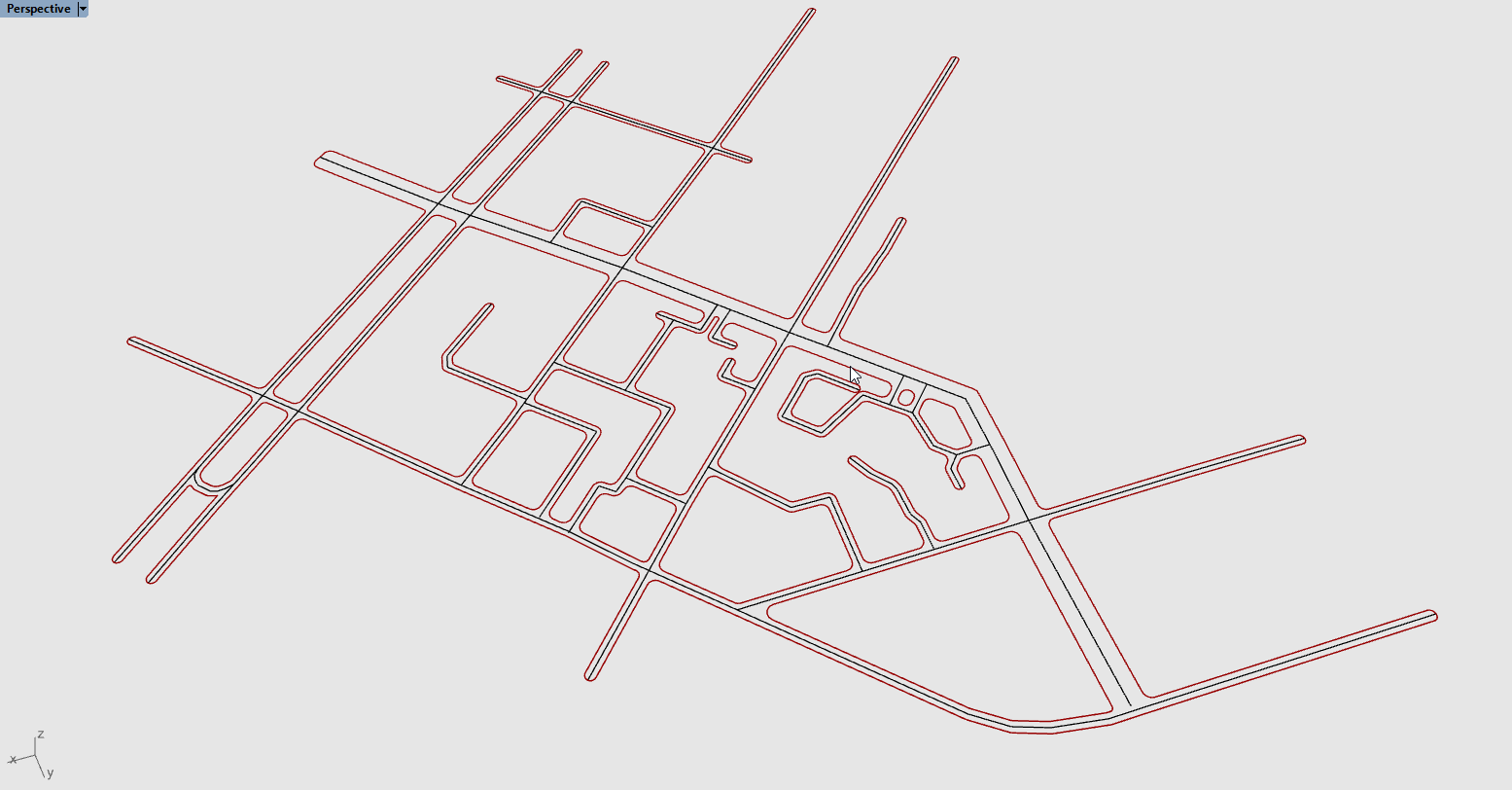