I know people are always wondering how Rhino & Grasshopper is used in architecture beyond the uni studio or more than just a crazy facade pattern generator. So here’s one such project I had the pleasure of working on from concept to construction whilst at KPF Architects in London. It’s been a couple of years since it was complete but its just come up for an award so loads of pictures of the completed project have been shared online. (Most of the ones I have are construction images)

The majority of the roof extension was designed & set-out (for construction) parametrically in Grasshopper though definitions I wrote. As well as many other parts of the design from glazing panels to calculate ratios, to the giant pivoting wall and the folding window blindings to check for clashes and they were opened or closed. As well as pitch diagrams to calculate rain flow off the roof surfaces

A few specs. The roof is made of 150 folded planar panels on the exterior which is offset to the interior and the central spine is revised with triangles to match the interior spine. The central folding wall/door is 4m x 4m and custom built to be light enough to push by hand.

Also, the shape of the roof profile is controlled based both on views from the ground & the surrounding buildings so it looks smaller/invisible but at the same time give enough floor space and headroom to be used efficiently.

The Gh Code I wrote was shared with AKT II Engineers which they added their structure model based on our parametric design surfaces so when my code changed so could their model.

Exterior of Roof Extension (As built).

Interior of Roof Extension (As Built) 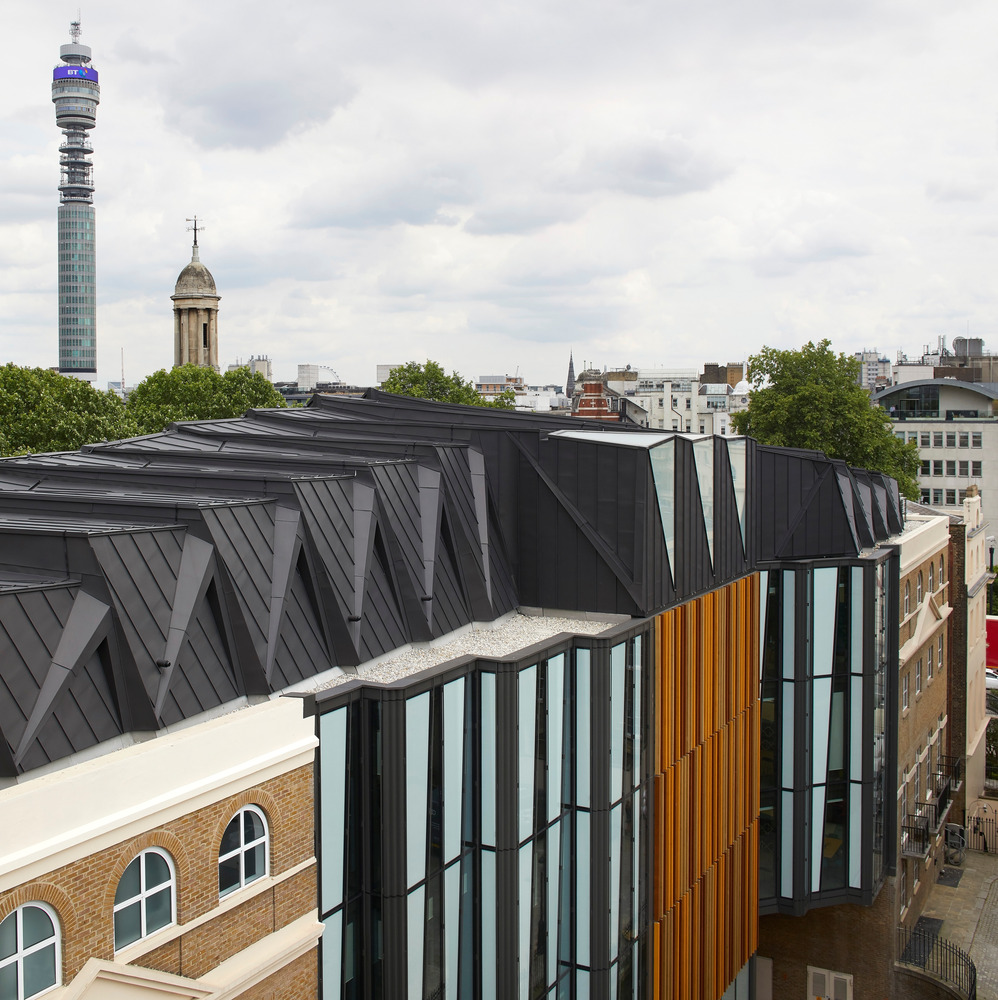 Feel free to vote if you like through the post was more about showing what’s been done.
Though would be awesome for a computational project done in Rhino/Grasshopper to win an award even if the tools used are not mentioned.

Hi Matt,
Thanks for sharing this project with us!

In Lasvit, I hope we’re also using Grasshopper for something more meaningful, often generating spatial configurations of our glass sculptures or helping us put ideas into 3D within reasonable amount of time. Btw I’ve already worked on one or two KPF’s projects. Nice meeting you here. Yay.

After re-reading what I wrote, I can see it was rather a sweeping statement regarding what people use grasshopper for in architecture etc. As I have friends, colleagues and peers doing some amazing work with Rhino & Grasshopper, both in academia and in the built environment. Just going off repeating questions/tasks I have had or seen over the years for help on various architectural projects.

Looked up Lasvit as its a name I had not heard of and you guys seem to do some really interesting stuff. I love the way Grasshopper is so versatile and can be used in so many fields from design to engineering, art to lighting, the list is never-ending.

Exactly. I almost never got to use Grasshopper while studying / working in architecture. Mostly because I identify much more with works of Olgiatti / Chipperfield(, not that much with Hadid / Calatrava). In architecture I would use GH only as a tool to simplify repeating tasks. Now It seems almost inseparable part of the design process, from sketch to kinetic animations, BOMs and blueprints.