Is there a better way to fold an unfolded shape back up? Folding.3dm (60.7 KB) 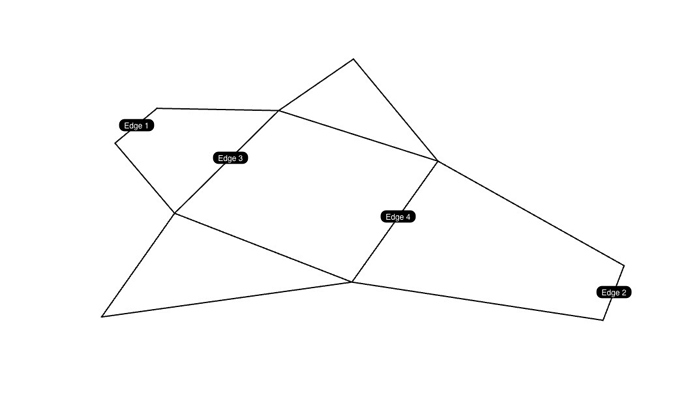 If this was paper folding edge 1 until it touched edge 2 would be simple but I’m finding that it takes quite a bit of trial and error to find the point of intersection. It makes me think I’m missing something. So whats the best way to find the point where the two edges 1 and 2 would intersect when folded?

Try drawing circles centered on edge 3 & 4. rotate the edges to the intersection. 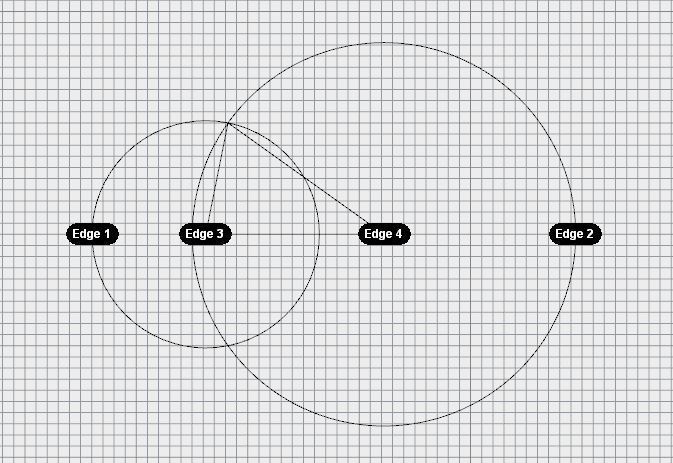 For brevity, only did the first two sides, for the rest only Rotate3D is needed, as the first two rotated sides can be used as the reference… --Mitch

A more general method is to use Revolve to create the surface which will be swept by edges when the flaps are folded.

For each flap to be folded:

Corner points of the folded object will be at the intersections of the perimeters of the swept surfaces.

Thanks everybody. Those solutions seem so obvious now that you point them out. It’s always good to see all the different ways rhino can solve a problem.