Hey, fellows! Could you please share the lifehack on how to divide a closed curve in Grasshopper?
I can’t shatter it as it is

Depending on how you want to divide the curve, it makes sense to reparametrize the curve to a domain from 0 to 1. Dividing the curve into two parts can be done with t parameters 0 and 0.5.

Alternatively you can use a Divide Curve component and use the t parameters from there. I included that option in the file attached.

Martin, thank you a lot!
You just put two parameters into shatter, I’m so embarrassed…

It’s always a good idea to use the forum search feature before starting a new thread as there are many threads that discuss Shatter, like this one for example:

Shatter component - what's it about? Grasshopper

I am finding the shatter component useful how I understand the ‘parameter’ must be wrong. Can anyone shed some light on how it is defined? what format of data it can read. An example is that I tried to shatter at a list of points intersecting the curve - this would not work. processing the points via ‘curve closet point’ helped. The output ‘parameter’ from that could be fed into shatter. I don’t have an issue with that working but isn’t it logical to have a component split at intersecting point…

Depending on the curvature, 0.5 may not be the midpoint of a reparameterized curve, as shown here: 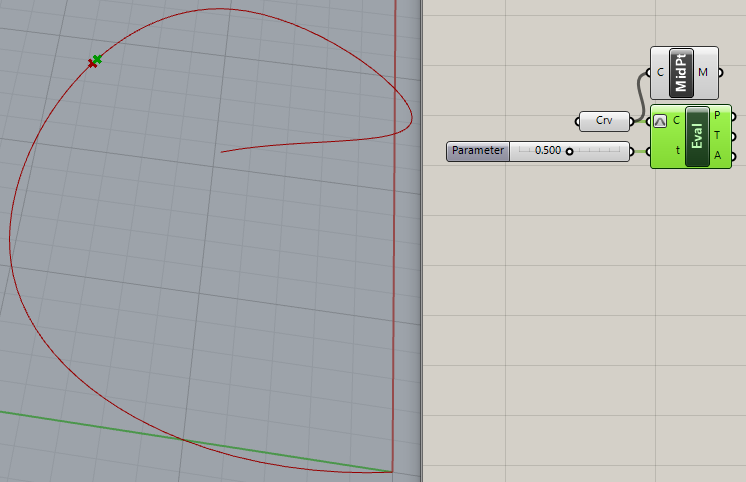 You can shatter directly with dash pattern with list of [0,x]