Data trees coming out of list item in two forms

I’m having a problem with trees running through a list item component. I know the simple fix is to run the item through a simplify to cull the outer branches, but I’m wondering why it is doing this so I don’t have any future problems.

I’m working with a colleague on a script that reads an excel sheet (with TT Toolbox) and exports data to be run through and plotted in space. He wrote the original script and I’m adding some extra functionality. Neither of us are sure why this is occurring.

His script feed through the following input trees into the list item component, and spits out a tree with only one set of branches. This then flows on through the rest of the script. 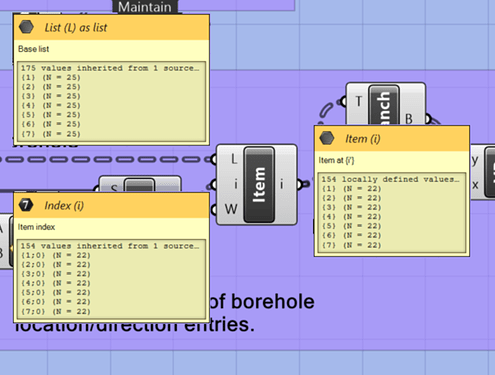 I got the script and changed the excel reader to read sheet 3 rather than 2, and am finding that now the same command spits out a tree with two branches. 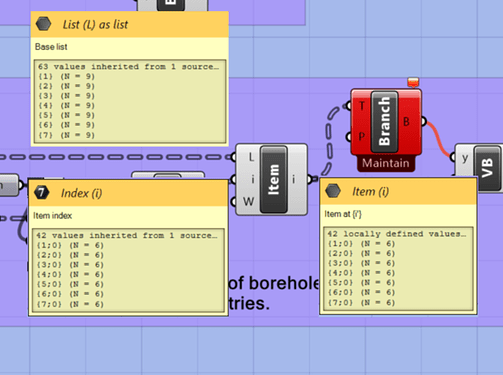 The excel sheets are pretty much identical, just with different headings and different information contained in them, so i can’t imagine that has anything to do with it, but it’s the only change I’ve made.

Your indices come in a tree which is more complicated than the list data. Therefore it is used as the template for the output.

I think you can mark the L input as “principal”, which would designate it as the template for the output.

That does make sense, however doesn’t explain why the two scenarios had different outputs as both scenarios had the same structure as the inputs.