Convert points to a cross or circle

Does anybody have a script that can take all points in a file and convert them into (preferably) a cross or if easier a square or circle?

I am a sailmaker and often need to place markers on a file for grommet holes or other markers, I often use points to define this, but the plotting machine we use doesn’t recognise DXF points, so we need to convert them into a curve of some sort .
Obviously a cross is ideal as the centre is marked, but I realise this could be a harder thing to define than a square etc.

If anyone already has something or doesn’t mind writing something for this, it would be very handy - thanks.

Here’s a very old script I use to distribute objects to points.
It’s ready to be placed as a macro on a button like so: 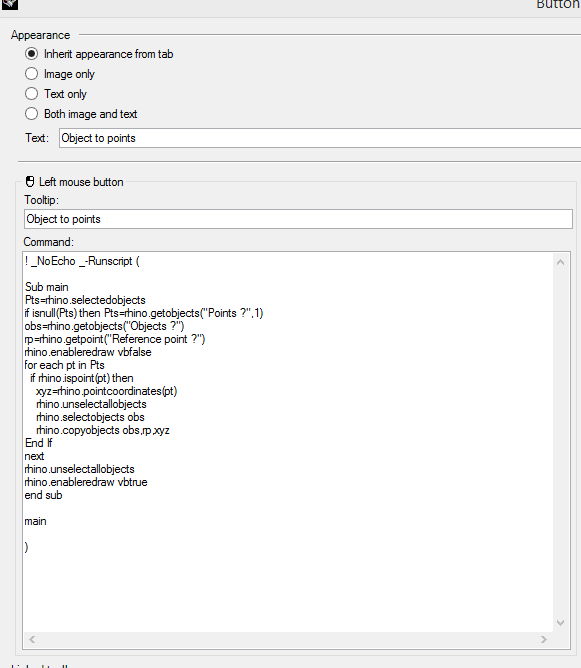 So tou ca choose a curve or curves to be copied to the points.
HTH

Thank you for this

Sorry to ask another question, but how do I implement this as a button (not quite sure what that is even!) Thanks

Indeed it’s not obvious at all.
Try if this doc can get you started.
You’ll need to add a new button to a toolbar and copy-paste the code as posted above.

That’s great, thanks, it does the job!