Advanced fillets, is this a plugin?

Hope this great community can help me ID if this modeller used a plugin for the fillets and if so which one.
I received the model from a client and the fillets were superb but too numerous and regular to be directly modeled, I wondered if they done by the Npower fillet plugin or not. A handful of examples from the model attached. Many thanks in advance!! 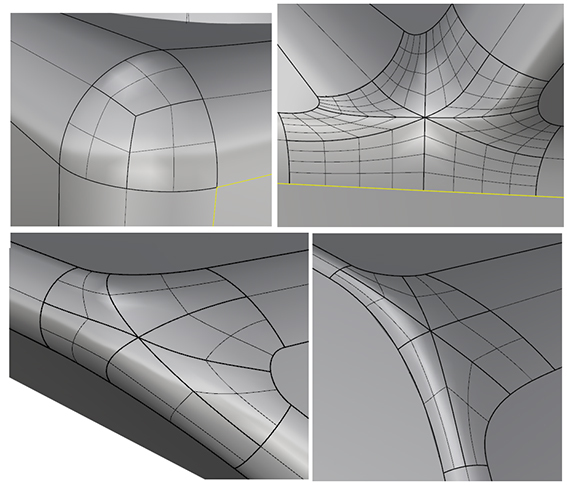 Perhaps they used the plug-in for Rhino “Autodesk shape modeling”. Rhino does not have tools to perform multi-blend

I can confirm that this is exactly like Autodesk shape modeling would solve these “n-sided” blends.
Cheers Norbert

Ok digging deeper I had a colleague agree the surfacing solution is the same as Autodesk Shape Modelling and definitely not Npower. However with Autodesk Shape Modelling the fillet only works with 2 surfaces and not multiples there for every fillet situation would have to be prepped for the multi blend tool.
The sheer quantity and regularity of fillets on the model suggest a unique fillet tool and not a case by case surface solution so that rules ASM out. The mystery deepens!!

I received the model from a client … The mystery deepens!!

Can you ask them? I’m curious as well.

Some solid modelers do the patches on corner fillets in this manner.
Would it be possible to see the control points on these fillet surfaces? 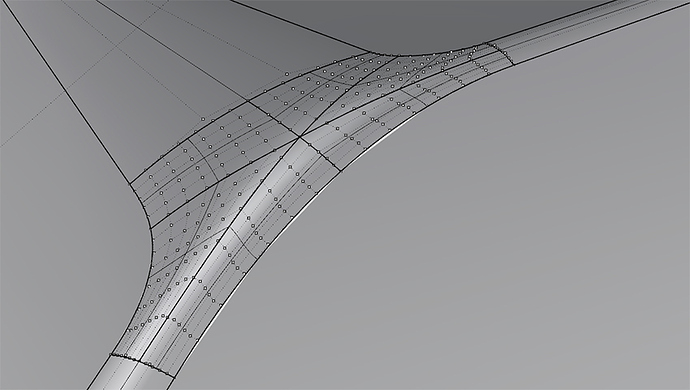 Sure, here is the control point layout. Unfortunately the source of the original CAD is not contactable, it was an old model (2012) from a freelancer.

I am thinking you could be right about an external solid modeller. Maybe Catia or NX?? Solidworks I think provides far cruder solutions than this.

Just to add, the model was entirely surfaces and no solids.

I get similar looking fillets from ZW3d. 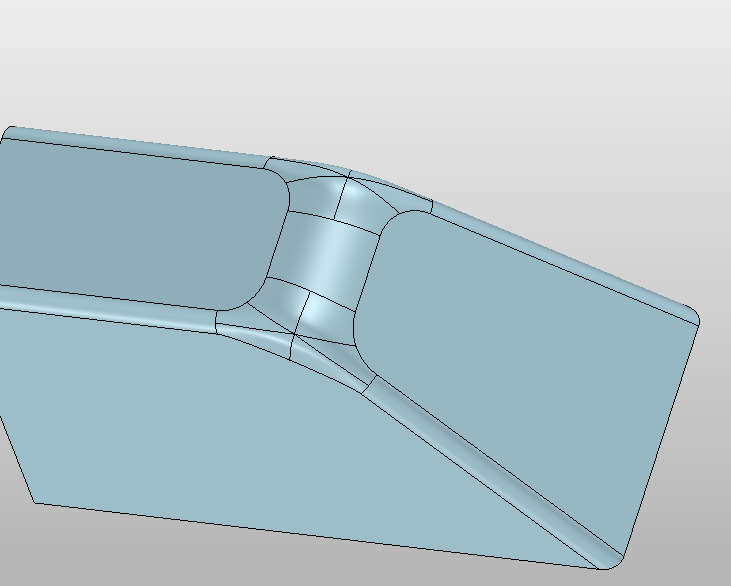 I wish filleting was better in Rhino, but part of the problem is not only in the Fillet tools, but other commands that make too many breaks while creating their surfaces. Filleting over numerous perpendicular surfaces is hazardous; Filleting over diagonals is hard. Edge splits seem to complicate matters.

I believe that if all the Rhino commands weren’t so quick to split a surface or edge during creation, then filleting wouldn’t be so challenging for the Fillet command.

[In the OP, could not the top-left be filleted using an revolved edge?]

Those are some pretty fillets. I’ll be interested in finding out if this can be tracked down.

Does it mean you’re a CAD geek, if you find yourself ogling over the fillets of some random model?

Doesn’t Alias do its multi-surface fillets like that? I’m sure I’ve seen the ‘six-legged starfish’ that’s shown in those pictures in Alias models.

If it were possible to produce blend curves with a ‘through point’ option then it would perhaps be possible to make something similar with Rhino, albeit with a lot of manual construction involved.

It looks like Autodesk Shape Modeling. I think Autodesk implemented Multi Blend in the latest version of Alias, perhaps integrating it from the VSR acquisition. This is some output from the plugin: 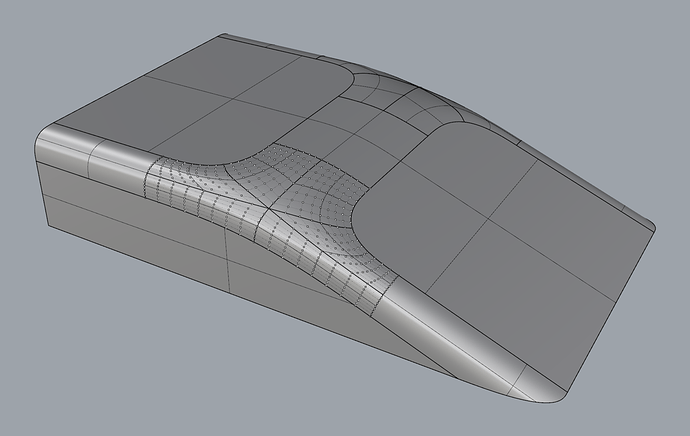 Ok, some success, I have discovered that the fillets were indeed done in Alias using the multi surface fillet tool and interestingly using Alias 2012.
ASM / VSR can achieve multi-blend but not multi surface fillet ie it would have to be a manual fillet process.
ZW3D looks very impressive there!! It is indeed the same solution!

Looks great, what is your workflow here? Do you have to project a split first onto the surfaces to get the round corners?

ZW3D looks very impressive there!! It is indeed the same solution!

Hi OSTexo, can you show that part in a rendered mode to see how it looks with no lines or isos ? Mark

Here is a quick render from Thea for Rhino. The multiblend looks a little flat in the center, I’m confident that could be cleaned up by adjusting the shape factor to have that flow along the edge a little better. 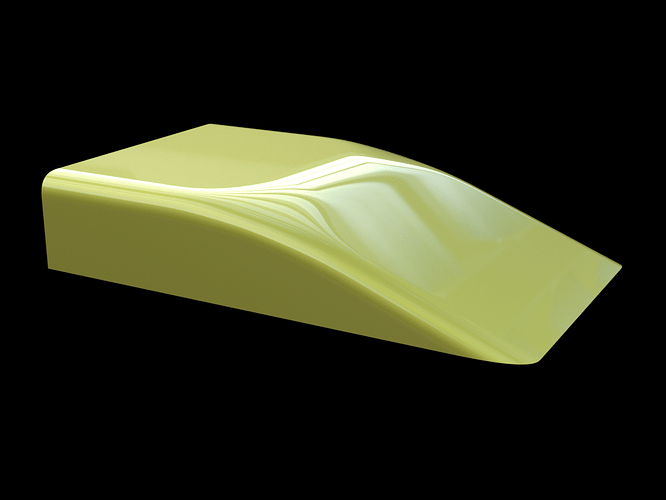 You can see this flatness a bit better in this view: 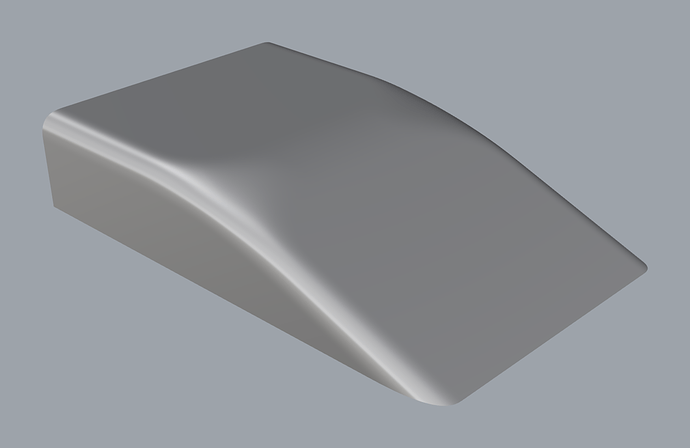