The “Fin” command, you could add an interactive rotation option (very convenient, type plug-in VSR), for example, useful for making the flanges. In addition, you could also add an option to insert intermediate points, with constant mode, cubic, etc. (that allows to obtain a flange from the variable profile.
It would be a good idea for Rhino 6 …!

It would be helpful if the command was called _Flange because that’s what it creates…? In moulding/model making/casting and engineering terminology it makes more sense.

Following on that train of thought (mould making) it would be really handy if the _Flange command was able to add a linetype-like option where you could choose between a few ‘keying’ options to apply to the curve you’ve selected on the surface:

Sine wave, serration or truncated serration which divides the curve on the surface by a value/integer.

Ignore the clash with the example I’ve provided, the frequency of the wave would have to change in order for the two parts to nest. 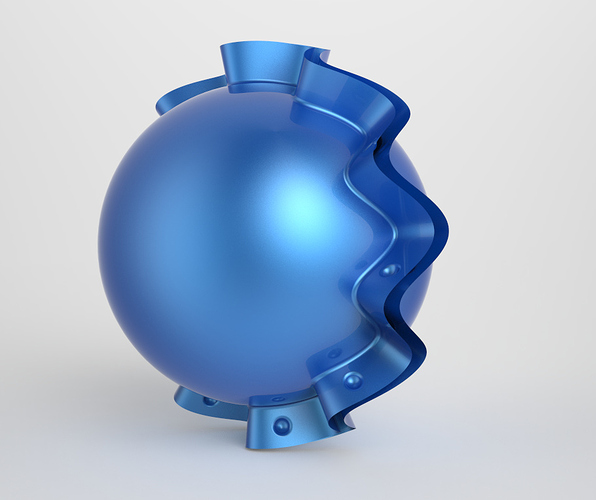 Ok, all perfect! For an orthogonal profile is fine, but if you want a profile extrusion, for example, at 30 degrees? The command is a little limiting.