What is the difference between these two curves?

I’ve been working in Rhino (version 5.14) and somehow created a curve that reacts different to the control points than usual.
The weight of all points are the same and so are the degrees.
What can be the difference? 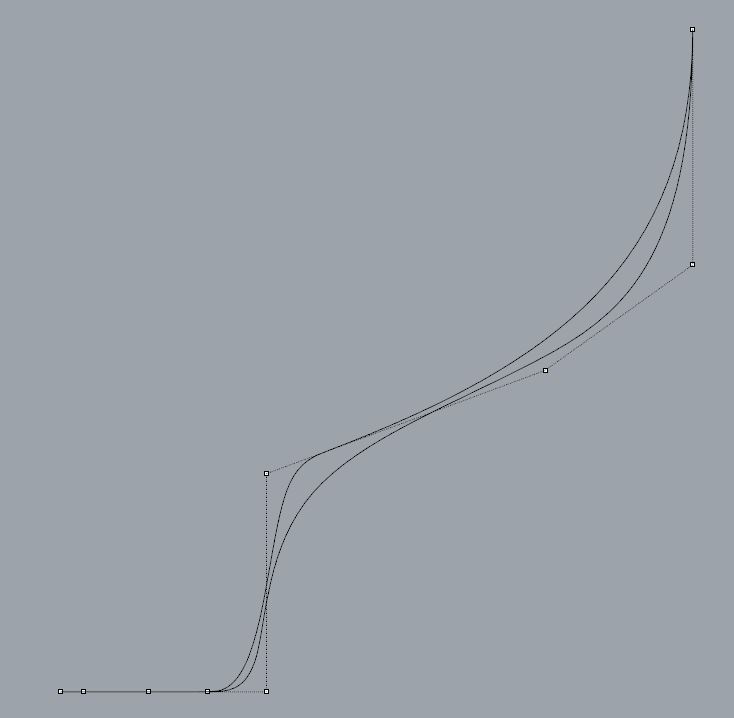 The weight of all points are the same and so are the degrees.

What can be the difference?

If the control points and weights and degree are the same then the only thing left is the knot structure. Run the command ConvertToBeziers and you should be able to see the internal structure of the 2 curves is different. Each Bezier span is a knot span in the original curves.

I’m note sure what ConvertToBeziers does, because the curve stays the same, it is ‘only’ split in smaller curves.
It is indeed the knots though, I have changed the curve with the command MakeUniform, to adjust it to the ‘normal’ curve.

Thank you a lot.

I’m note sure what ConvertToBeziers does

What it should do for you is show you that the 2 curves are made up of smaller curve pieces which are not the same.

The `List command will show you the actual knot values.