I have asked similar in a previous thread but I think this will need its own thread for now. As shown in the image below, I currently have a graph for curvature which follows one of the 3D curves. I would like for it however to show the curvature only in the vertical direction (not including the horizontal curvature). The vertical in this case is the curvature along the z-axis.

Is there a way to show this curvature and also the radius of curvature along only the vertical? I have tried using deconstruct arc but this will show the radius in 3D, which will include the horizontal. 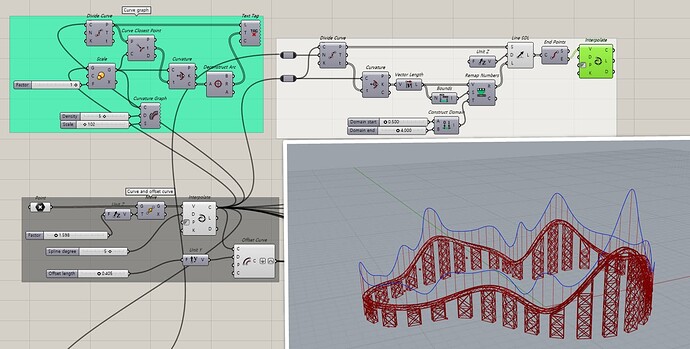 That’s great thank you. Does this also tell me the radius of curvature on the z axis?