Here is a little update, I must say that Sub-D really has the potential to evolve into a very nice tool that any designer should have in their toolbox.

I consider the test done, everything except the letters are done in subD: 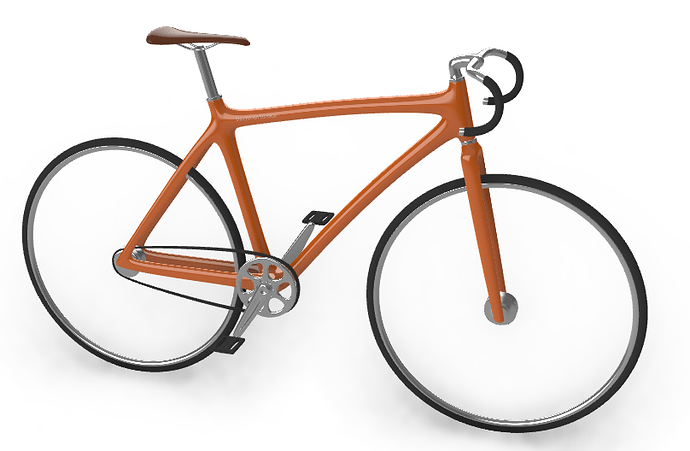 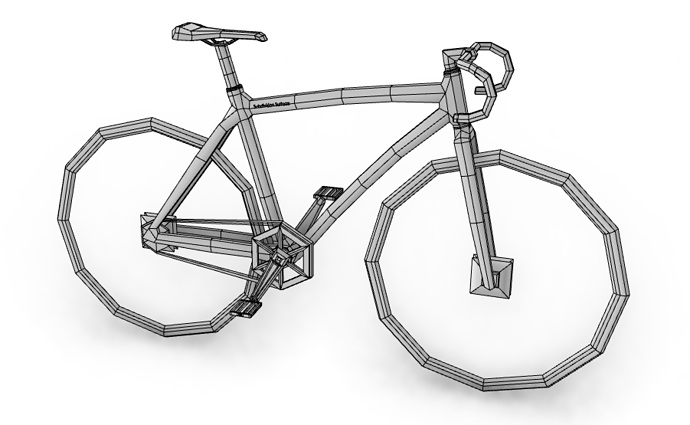 When will you have a class on this?

Holo , seems like you do a lot for this software. So many suggestions and ideas.

Thanks, and I see I have to update it to match real life proportions too, and add a few small details, then I’ll be done with it! It’s actually very satisfying modelling like this, and the default V6 display mode is great too.

Thanks, design, modelling and Rhino is a passion, and it’s nice to have enough knowledge and spare time to make the tools I always needed for the basic mesh modelling in Rhino.
It seems SubD won’t make it into V6, but it will stay in the WIP, so I’ll probably have plenty of time to evolve them until built in tools can replace them. But this is only a personal project (at least so far), with unofficial tools, so I don’t think I’ll spend time on making documentations or tutorials on this unless it brings in some cash

Hi Holo, maybe you could make a video to sell eventually. 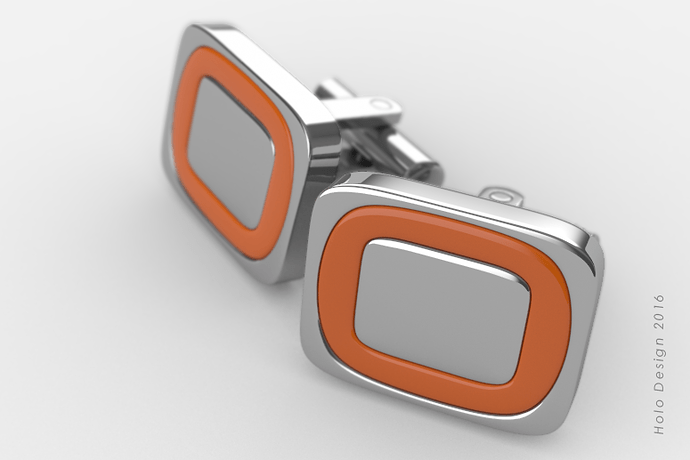 Pasted image775×517 159 KB
Rendered with Rhino Render, default setup, final quality and a little depth of field post process.
I used custom materials as the default metal and paint was too bright and too dark compared to the realtime display.
Do I need to say I like the way Rhino 6 is heading?
6 Likes
Holo February 19, 2016, 1:11am #30

The below was quickly made by a few chains, then a few stitches and the extrusion. 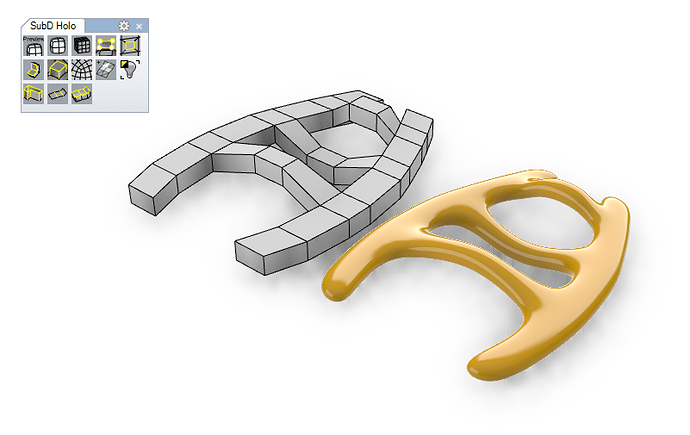 The chain tool can be used to make free standing quads as well, that was used for the bridges, then chained to the sides with the Rhino “PatchSingleFace” tool before the extrusion.

Awesome! I remember when the ‘polygon bridge’ tool was added to Maya. It saved me a bunch of time modelling the base mesh object. Do you take requests!?

I just compiled the scripts into a plugin, but v6 won’t run the plugin as it is compiled for V5… so no toolbar yet until we have a compiler that works for V6. (I don’t want to share the code for the mesh tools (at least just yet))

But here’s another image for you to ease the pain: 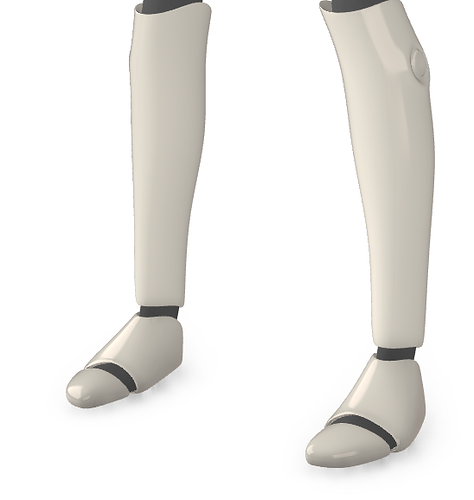 I believe if you copy the RhinoCommon.dll out of the RhinoWIP directory and paste it into the same directory as the script compiler, the compiler will pick up on this and compile a V6 plug-in for you.

Hi Steve, Thanks, it didn’t do it automatically, but it worked when sat the SDK settings to point at that RhinoCommon.dll. Now I’ll just clean up the code a bit and run it again tomorrow. Thanks again!

First build is up and running and out on pre-alpha testing now.

So Holo, does that mean there will a toolset to use for sub-d type work ? Thanks, Mark
Also off topic. When using V6 I hover over a tool Icon with more than one function ( right click left click stuff) it takes going over the tool Icon twice to see the lower part of the right click function.

Right, I’m working on a set of mesh tools for SubD creation for my own sake, I’m just not patient enough to wait

Where it goes from there I don’t know.

SubD is imo one of the most exiting new ways for fast consept development of organic shapes for designers, so I want to assist in it getting enough attention.

I think the same way. But in my case , I don’t have computer savvy to accomplish those same gosls . So I wait for it to become a button I push to do the work.

I think the thing I am realizing is , most the time I just want to get something out there to look at. Then if it flys , then get serious about CADs precision. What is even better if that all works under one package.
Maybe we could all pass a hat around to get you some cash Holo.