Sorting of surfaces in closed polysurfaces

I would like to know if it is possible to automate such a process?

I’ve seen several plugins for sorting surfaces, but they all work by center coordinates and areas - this is a simple approach

could elaborate a bit on how you want to sort? Maybe it’s just me, but I did not clearly understand.

You can sort planar surfaces by using its center normal vector. With the computation of the dot product, you can determine if a given normal is roughly aligned with a given vector. This allows you to filter for e.g. top surfaces… Is this what you are after?

in the attached rhino file, there are objects sorted by layers
in the same way, you need to lay them out in layers, but not with your hands, but with the help of a grasshopper

I did the sorting, but it just sorts by the coordinates of the centers if the part is a little different or there are a lot of faces, it does not work.

please tell me about the methods that you described, maybe I don’t know them…

what is the rule of thumb you use when you separate the object in layers manueally in Rhino?

this separates the surfaces in branches, one branch per layer to be baked:

at this point you can use any plugin you want (Human, Elefront…) to bake object on layers that are created simultaneously with the names you want

all vertical faces from the X axis along the circle are sorted into groups
groups are distributed in the following way, the faces are one group and, in descending order, a layer is assigned with a step of 20 by number
garni between faces with holes the same but with different names and numbers
upper and lower in separate groups

The problem is that all such details are different for me
for example, faces with holes can be from 2 to 8

there are no problems with uploading to layers, I also use these plugins, it is the problem of sorting 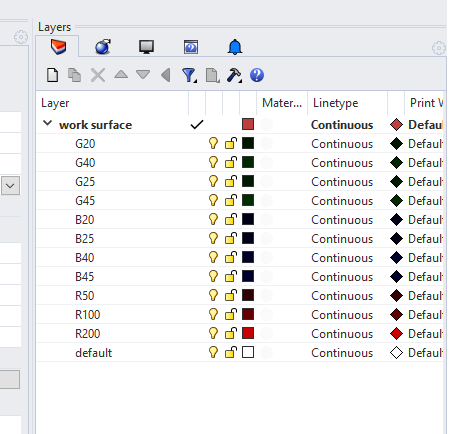 I understand correctly that this method is based on grouping faces along normals? and if the normals are different and the faces do not lie in the same plane?

yes, that definition should group the Surfaces exactly as you described, but there’s no sorting implemented at all

I think scripting using brep topology would be the best and easiest solution, but I don’t have (yet, hopefully…) the knowledge to do it myself

the basic steps would be to identify first which are the planar circular faces recognizable as the “bottom of the holes”, these ones: 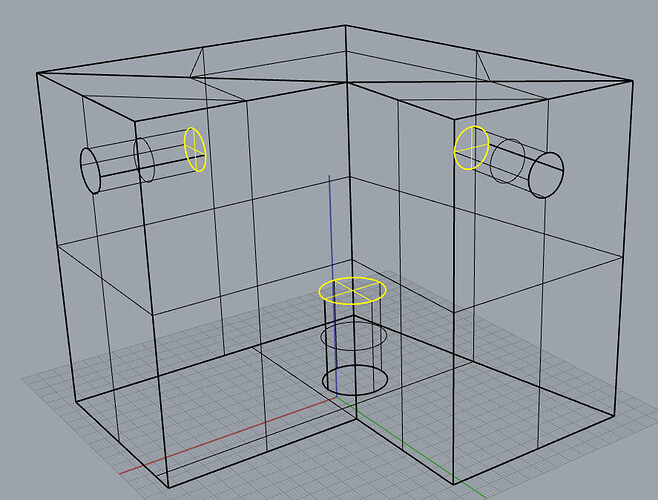 if their normal points +Z or -Z then their connected face belong to the top/bottom (R_something): 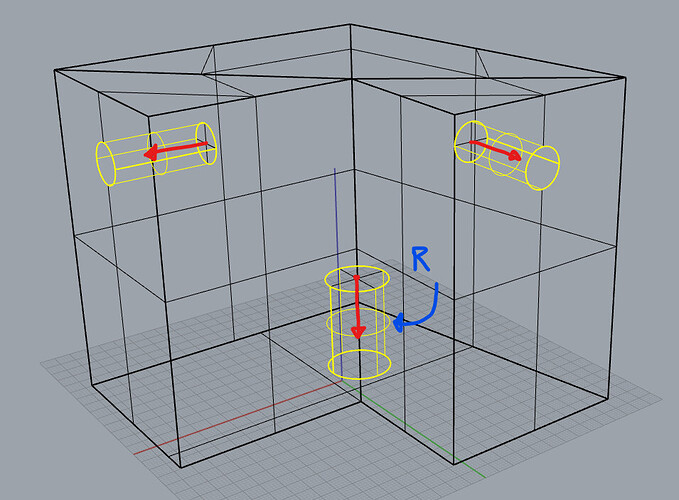 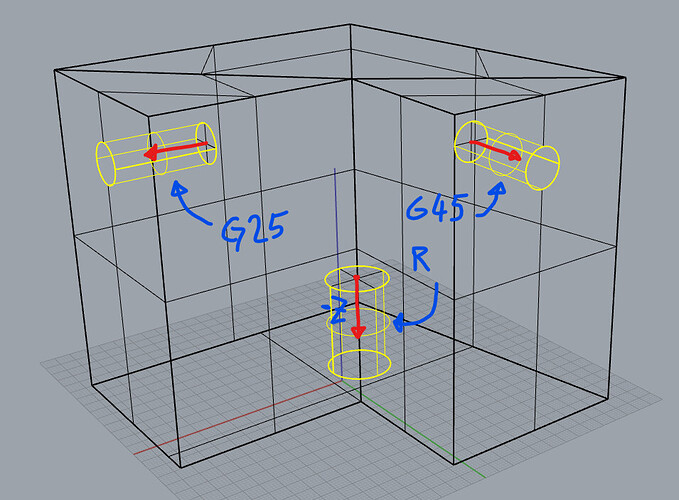 then you “grow” the selection again, and you’ll find the G**0 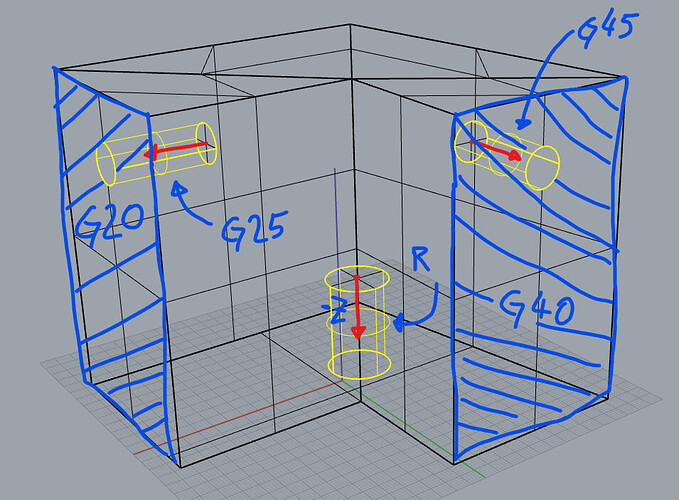 would you mind uploading one of the most cancered shape with even 8 holes? I’d be curious to see and try something on that