Rhino 8 / Rhino Common: Which forms to focus on

Are you planning to stick with ETO forms or is something else going to take over?

I seem to have an easy time with XAML (aside from data binding, but still learning). Aside from that I’ve only used DCL (for AutoCAD’s AutoLISP).

I’m sure there’s a reason you chose ETO forms for Rhino 7 and prior. I haven’t found much in the way of developer resources for it. I would also only be keen on learning it if it was absolutely the form to use for Rhino and was guaranteed support well into the future. For that reason I would prefer to stick with XAML based forms (or something similar) if possible.

Note that I’ve also decided on a longer-term learning plan, meaning I’m not in a hurry to get anything working right off the bat, but rather just wanting to get familiar with everything before I actually start programming anything.

Any and all advise or opinions appreciated! 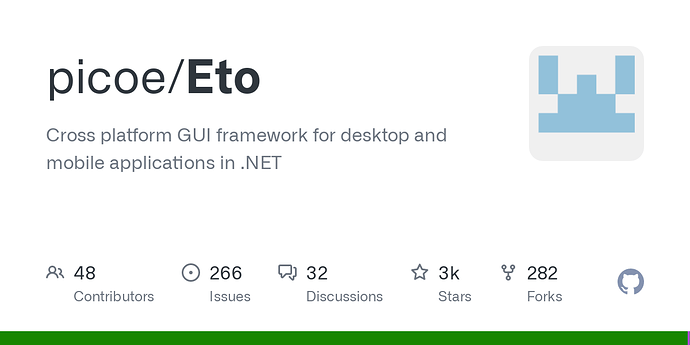 And we are planning to stick with Eto.Forms. It is unlikely for anything else to take over in the forseeable future.

but rather just wanting to get familiar with everything before I actually start programming anything.

I’d say programming is the only way to get familiar with programming.

To better explain: I am trying to get a solid handle on C# before trying to do any actual API work. I can create console programs but don’t fair too well for anything beyond that.

Exactly that’s what I mean. Just go for it and see where you run into issues and where you need more knowledge.

It looks like all the code is done in C# which is good. No need to learn yet another language. I’ve definitely have a read. Thank you!