Has anyone tried the new rendering engine in R7 and made a comparision with Flamingo?
Will Flamingo be “obsolete” for many users with Rhino 7?

Yes. The Cycles based rendering “Rhino Render” in V7 will replace Flamingo.
It will run in V6 and V7 but it has run its course.

I am not surprised - when I ran tests in Rhino 6, its native render was faster and produced higher quality images than Flamingo. Flamingo has always been mediocre renderer, but it made good trees, shrubs, weeds, and other ground cover. The only flaw of the Flamingo plant editor is that it cannot make dense grass. I use these plants in Rhino 7 and I would like to use them in Rhino 8. For several years I advocated separating the Flamingo plant editor from the Flamingo renderer and integrating the plant editor with Rhino (like Grasshopper). I still believe that it is good idea. It seems that Roy Hirshkowitz (the maker of Flamingo) avoids debate about the future of Flamingo.

Just to straighten things up - RN doesn’t produce geometry - foliage/trees itself, RN is scattering tool and of course, with enough skill, you will be able to create bushes/trees/ivy but it will be partially manual work for trunk and branches RN would take care of spreading the leaves. Wrapping up you need to provide geometry to RN.

I’m not familiar with Flamingo foliage generator but from found screens, I can imagine it’s something similar to old Tree[d] or still developed TreeIt (both free). If I would have to pick something for pro use this would be SpeedTree or E-on’s PlantFactory.

This would be without doubt the best move possible. I would say it should be even integrated into GH.

I speak fluent Polish language and I live near Warsaw, Poland. We live in a small world!

Flamingo plant editor has sophisticated methods of designing and changing any imaginable plant, including weeds, shrubs, trees, leaves, flowers, and fruits. These plants are placed manually in Rhino drawing. Flamingo plant editor can also make so called ground cover which is made of simple plants randomly distributed on any surface. The user can adjust average spacing between the ground cover plants. The spacing is called density. Maximum density is 500 - it is too small for grass.

Flamingo plants do not bloat Rhino models (.3dm files) because each plant is displayed as a few dozen dots rather than render meshes. These dots represent tree trunks and their branches.

When you design a tree, you design general shape of the tree and its branches. Random algorithms determine exact shape of each tree.

The plant engine in Lands Design is based on Flamingo’s engine and it works with Rhino 7 quite nicely. They also have nice methods to insert plants.

We live in a small world!

The spacing is called density. Maximum density is 500 - it is too small for grass.

As I said I don’t have experience with it, but in general most friendly for computer resources is when you make a patch of grass for eg. 15-25cm radius and you toss this around. You can check this topic.

Flamingo plants do not bloat Rhino models (.3dm files) because each plant is displayed as a few dozen dots rather than render meshes. These dots represent tree trunks and their branches.

Sure this is nothing more than a sparse point cloud of this object. The thing is that it swaps it at render time with correct geometry - every scattering plugin in every other host does this. RN also does this currently for Octane and VRay so you can render without “baking” into the document and saving tons of HDD space and RAM on render time for you. I don’t know how Flamingo was doing this but I guess it was a Flamingo restricted feature as Custom Render Meshes in Rhino aren’t using instancing so you end with bloated RAM on render time.

Flamingo NxT 5.5 does not render in any sensible way at all in Rhino 7. 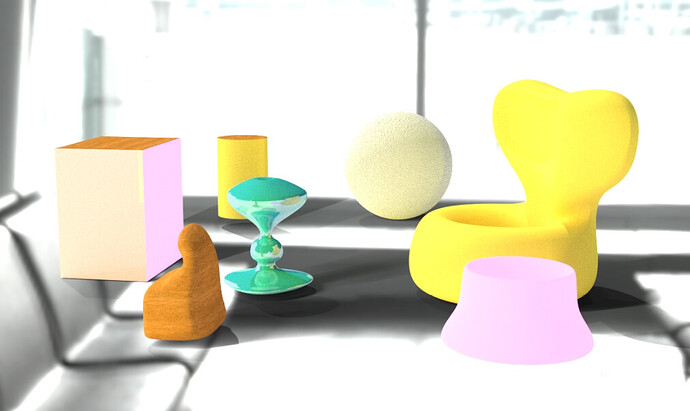 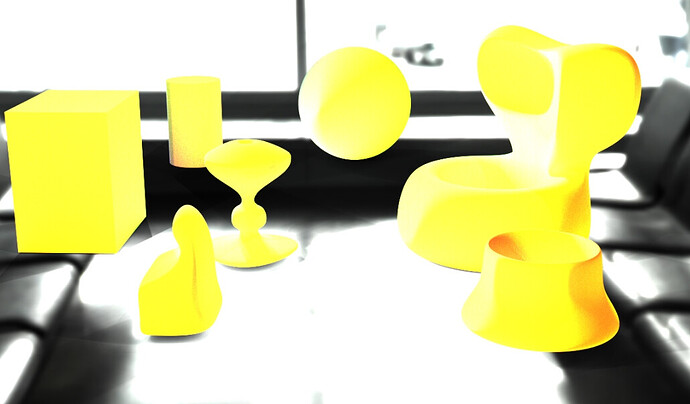 Will there be a patch to fix this issue?

Send it in and we will take a look. But I expect those are rhino 7 materials and not Flamingo materials.

Is there any reason not to just use the Rhino 7 renderer?

@scottd Thanks for the quick response. I’m still using Flamingo because I’m assuming it’s a better renderer than the Rhino renderer. If Rhino 7’s renderer is better than Flamingo, then that’s news to me. Curious, why would McNeel still be selling Flamingo NxT, if it’s an inferior renderer? Especially since Flamingo can’t be used outside of Rhino, and older versions of Rhino are no longer for sale. I sent the file I’m having trouble with to tech@mcneel.com.

the Rhino renderer is iMovie/Garage Band

I replied back to your email into tech.

Well with the release of rhino 7 which is today, the rhino 7 renderer is the best we have. So, we are transitioning to the 7 renderer.

I can help you with any questions about the transition.

@scottd Thanks for the confirmation. I’ll quit dithering with Flamingo and update all my models to render in Rhino only.

Rhino renderer after 1,000 passes in less than 8 minutes:

Are you using the denoiser?

That is fine, but in some cases, 8 minutes is actually going to seem slow. It is amazing technology.

So I think I figured out the issue with my Flamingo renderings that were failing. Flamingo works fine when run from a separate render window. It just doesn’t work when run from the viewport. Whew. I will stick with the Rhino renderer. I usually get good results after about 2 minutes. I ran the denoiser. It’s great. Thanks for your rapid support.