Hi, is there a reparametrize method in python, like in grasshopper?
to make the domain of a curve from 0 to 1?

Every curve has a domain property where you can set the new parametrization as an interval:
https://developer.rhino3d.com/api/RhinoCommon/html/P_Rhino_Geometry_Curve_Domain.htm

In the case you’d like to reparametrize like in GH, then you’d set the domain to this new interval:

Here’s an example for a surface as well:

but in python my curve is create by mycurve=rs.AddPolyline(pts) so how can i transform my python curve to a rhinocomon curve?

it’s really difficult for me to mix python and rhinocomon…

Hope this helps. If you have more doubts, please post your code, it´s always easier to help then.

It might also be worth mentioning that the rhinoscriptsyntax Python package is located here:

Where you can browse through the .py files and learn how RhinoCommon has been implemented: 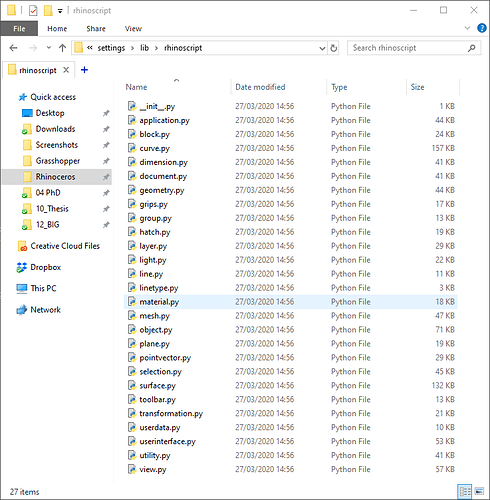 I like to use Sublime Text for this. Where I add the rhinoscript folder (under Project > Add Folder to Project), which allows you to search across all the .py files at once for a function: 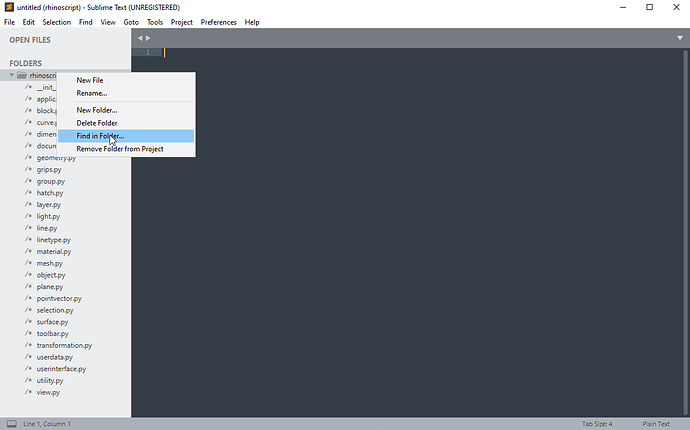 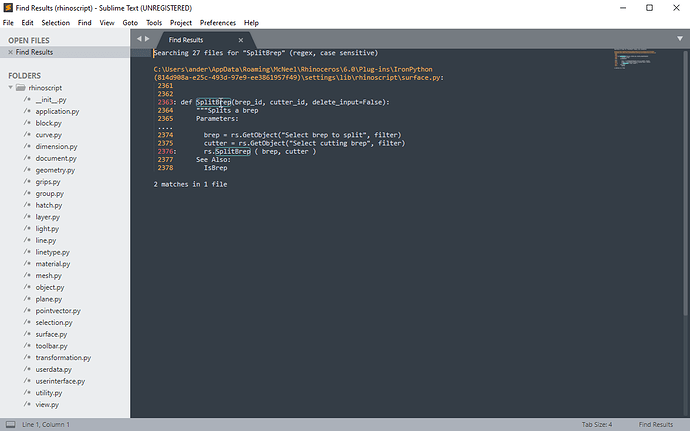 Then double click the search results in the editor, and hey presto: 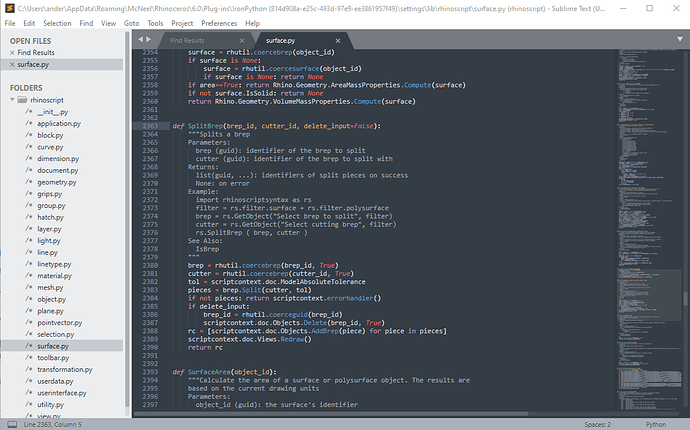 As you can see here, most of the SplitBrep() code is related to guid/Rhino document stuff, while it’s only line 2383 that is actually doing any RhinoCommon geometry business. If you’re in GHPython, I find it simpler/better/faster to go directly with RhinoCommon when computing geometry stuff.

Whoua…
Excuse me @AndersDeleuran, but my English is really limited…
I understood that you use sublime text, but how you can use it in rhino? I thunk that rhino use only rhino python editor, in rhino…

I understood that you use sublime text, but how you can use it in rhino?

I’m not using it in Rhino (though one could). Just as an external code/text editor/viewer. In this case, to search/view the Python code that is in the rhinoscript folder

So when you work on rhino python script, you script it on sublime text, copy past on python editor of rhino, for debugging?

No, I just use the EditPythonScript and GHPython editors directly.

And then Sublime Text when I want to inspect the source code of e.g. rhinoscriptsyntax.

I’ve personally not found much need/had luck with using external editors to write/run code (specifically in the case of Rhino Python).

Edit: When I write/run CPython outside of Rhino, I do actually use Sublime Text as my IDE.

So when you work on rhino python script, you script it on sublime text, copy past on python editor of rhino, for debugging?

Python : May the source be with you! Scripting

Hello everyone, I wrote a script to help me code in python and learn RhinoCommon and decided to share it with you

As you may know, the rhinoscriptsyntax library is written in Python and uses rhinocommon functions, also in Python, under the hood. In order to look up the underlying code you can open up the full python file, you can use the inspect module or you can save the script below to your computer and run it each time you want to look up a particular function. For instance…

Then copy/paste the relevant parts you need into your script… but, you will probably need to change some variable names, and you likely will only need some part of the whole rs function code…

You can also simply call inspect.getsource() while you’re developing: 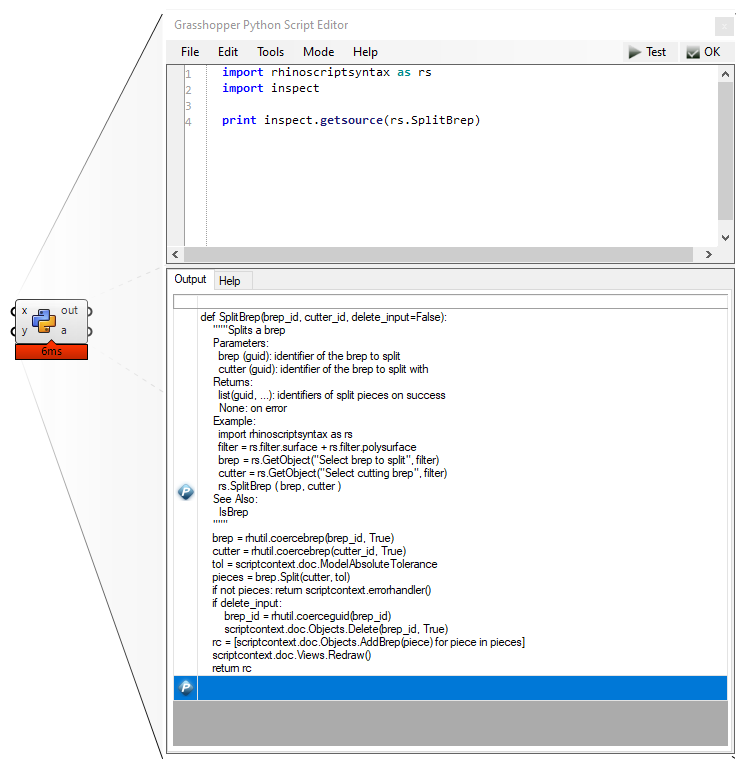 Edit: A downside to this (and the utility posted above) is that you don’t get the import statements included in the .py module file, which you would by directly inspecting the .py file. Thereby breaking the breadcrumb trail of where functions come from.

Edit: A downside to this (and the utility posted above) is that you don’t get the import statements i

Yes I must get around to fixing that…

I feel like there’s probably some built-in method for this, but I suppose one could get the source file and scrape that for import statements, and then check these against available modules (though that wouldn’t catch referenced/imported .NET libraries). A clever regular expression would probably do it, but in principle, something like this maybe:

Though this wouldn’t necessarily account for errors (e.g. rhinocsriptsyntax as rs).

Looks good! I guess a further improvement could be to filter the last word in l, only retaining import statements where the final word appears in the function source somewhere …?

This is just what I needed, thank you. Michael