I’m struggling with offset curve producing unexpected results. Trying to get a series of ~60 offsets, invariably some of them are missing or bizarre.

I found this topic, which seems similar, but using the curve’s plane did not make a difference.

Visually it looks like the problem occcurs when switching to/from kinked corners. But I’m not sure what to do with that info. The various “corner type” options don’t help. 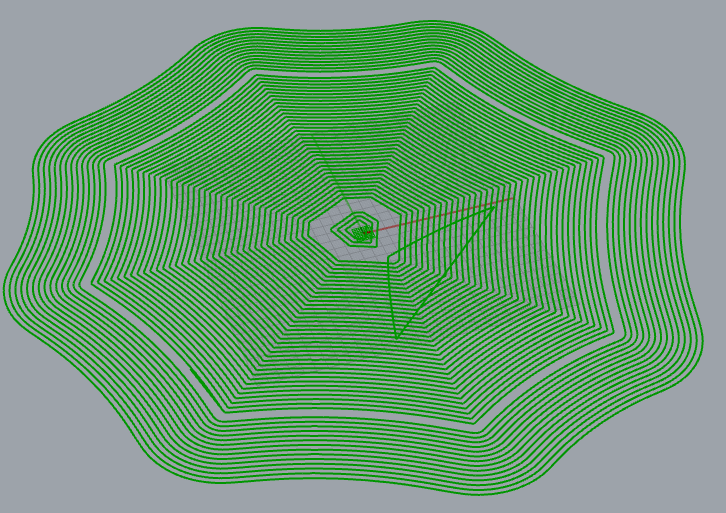 How about using tween curve(in the attached I used Tween Two Curvesin Pufferfish) instead?

I typically use Offset Curve to create an extruded 3D solid from a single 2d curve. This means I only need 1 offset. But I have experienced results like yours under certain unique circumstances. So to check out what’s going on with your offset I made this addition to your sample file: 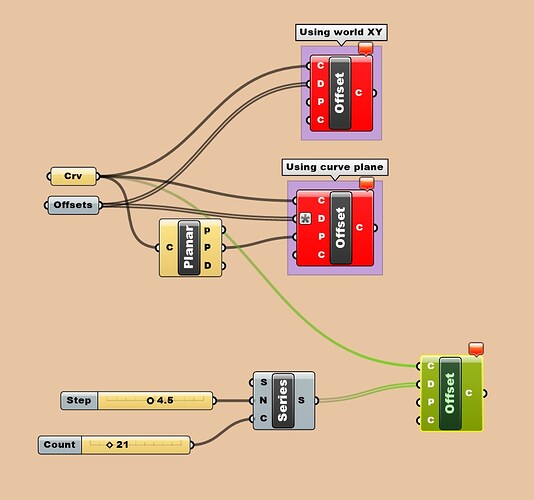 screenshot_01962×900 71.8 KB
That made it easy to generate a whole bunch of different offset scenarios - here’s an interesting one: 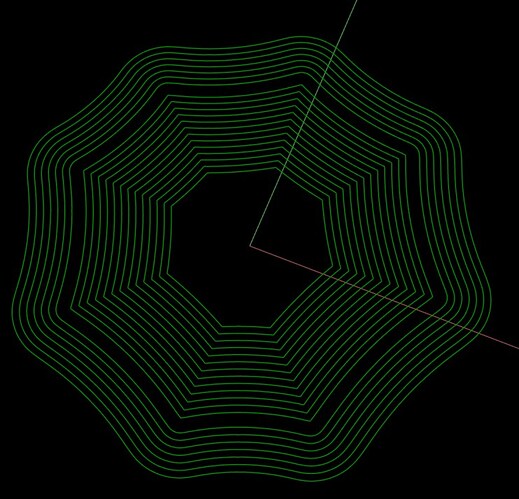 screenshot_02742×714 119 KB
Based on this it looks like there are a couple of quirks with your base curve and how Offset Curve works:

All this leads me to 3 conclusions:

Thank you for the great analysis, and insight on the symmetrical issue. I can’t adapt this design to be symmetrical, but I can adopt HS_Kim’s clever tween curve approach.

You could also try clipper Polyline Offset, but as the component name implies, the results would be polylines…

Thanks for this – it’s the solution I ended up adopting. And that use of reparameterize on the input to Divide Distance is just brilliant. I really appreciate all of the help you provide on these forums.