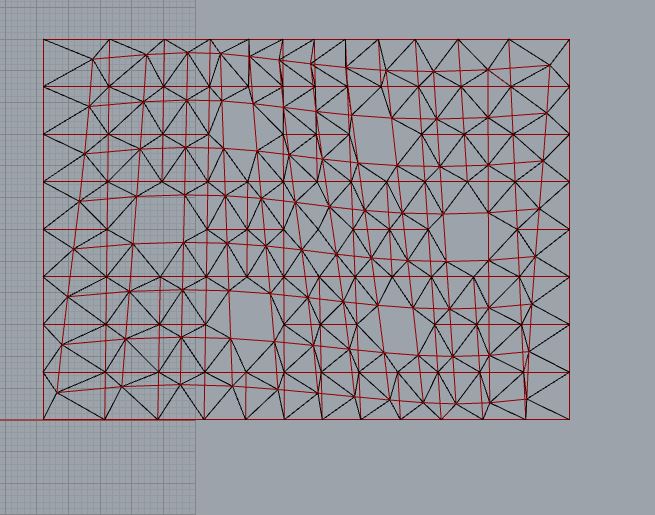 Your question is so vague, I and I assume others are not interested in an effort to guess precisely what you mean, when you haven’t put in the tiny bit of effort to precisely ask the question. Just trying to help you to get better help.

Your Rhino file (.3dm) is R7 so those of us who have R6 can’t open it.
Both of your GH files (which have the same name) don’t seem to require it?
The code quickly gets very complicated and redundant with no clear grouping of functionality.
If it does what you want, what’s the problem?

There is a similar construction inside the examples provided by Daniel here:

The MultiPipe now in GH in the 7.2 release candidate is a new version - with better handling of high valence nodes and several new options. There’s an example file here.

hello @Joseph_Oster
I wanted to run this model of space frames on a free-form surface. 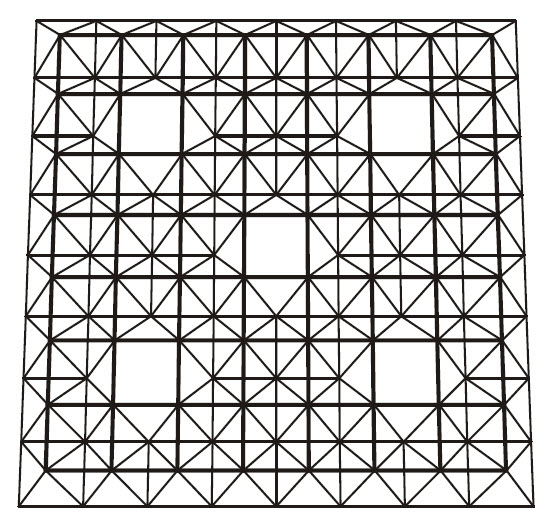 I wanted to run this model of space frames on a free-form surface.

A free-form surface with holes in it. And it appears you have done that.

Do you have a better solution?

Better in what way? The holes seem to be responsible for much of the complexity, so how would you do it without the holes?

That code can be improved with two simple changes. Make the offset slider real (“R”) instead of integer (“I”) and change its value from 4 to 0.5. [Space Frame_2018Jan23a] The more reasonable offset value reduces the profiler benchmark from ~10+ minutes to 52 seconds! But that can be improved further (significantly!) by replacing ‘Area C’ with ‘EvalSrf P’ as follows; the points are not identical but are close enough that the difference is unnoticeable. [Space Frame_2018Jan23a2] [Space … 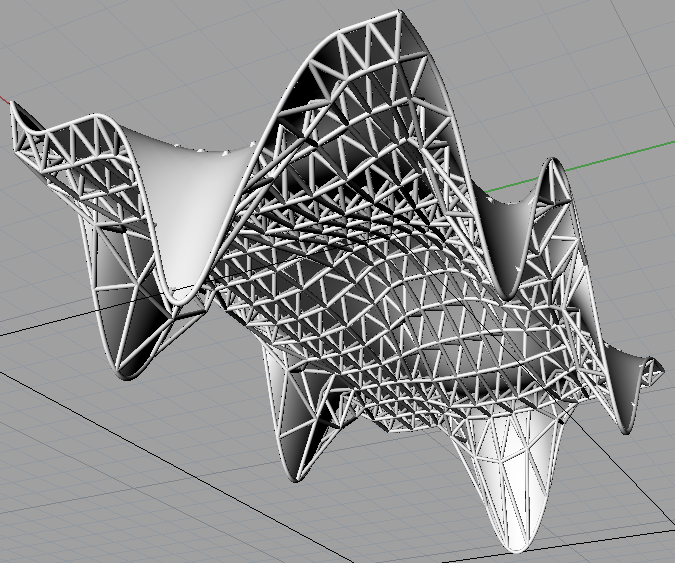 As @maje90 mentioned, there’s a construction for this sort of oct-tet truss on any quad mesh inside an example I posted recently for MultiPipe.
The creation of the truss lines can be separated from the MultiPipe part though - it’s this little cluster with some Weaverbird components
QuadTruss.gh (25.4 KB) 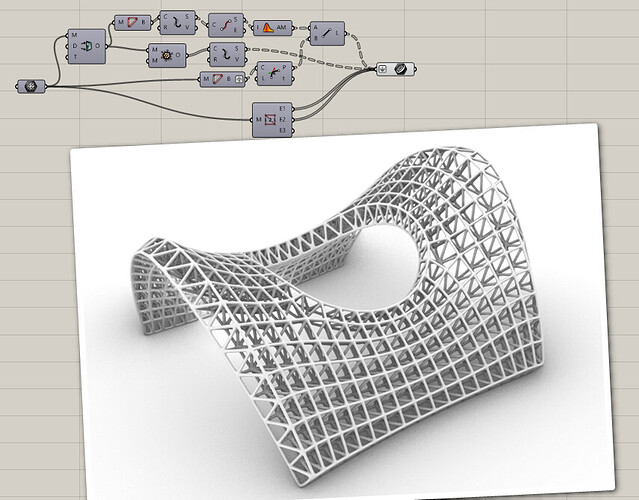