I import a dxf file after I make out this site. ( attached file )
http://www.hessmer.org/gears/InvoluteSpurGearBuilder.html

I did this only once, and the mirrored that fixed half of the cog, then joined the halves and finally, arrayed (polar) the cog 20 times.

You can see exactly where to cut when Points are On : 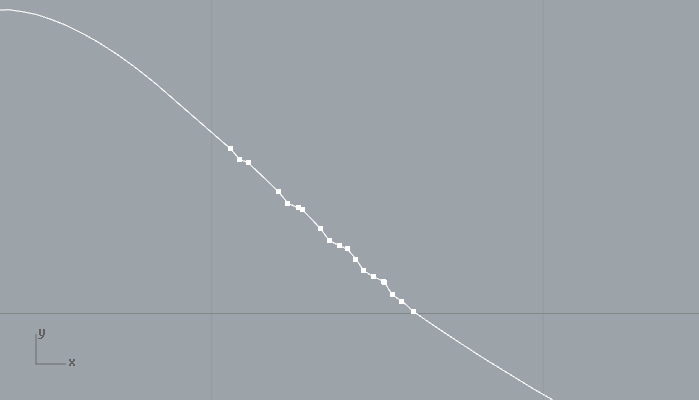 Gear cut bumpy curve 00.jpg699×400 16.2 KB
Fig. In this picture I had already made my cut, and pictured is the selected the curve that remained between the cuts, with points On.

I would suggest simplifying the rest of the curve as well (it has way too many control points, and for this reason it’s not going to give you a “good” start for extrusion. The rule of thumb is: as few control points as possible.

Can the Mac version of Rhino load compiled python scripts, looking at the the wip version there's something about it having support for plugins. If it does allow loading compiled scripts here's a wip gear generator, it's not based on Thomas's version and works a little differently. After loading the plugin you get a new command DrawGear, when you run the command first you are prompted to choose Module or Diametric pitch. [image] Then you get a dialog to enter the gear spec's. [image] If all …

Thank you for your comment. It’s very simple way.

Thank you for your comment. Does this macro make a rack gear and internal gear ?

It’s an external gear. I’ll have to investigate internal gears and see if I can make a version of the script for those.

Please let me know when you make the script.