Get name/id of the currently selected layer?

Is there any way to get name or id of the currently selected layer via RhinoCommon or rhinoscriptsyntax? 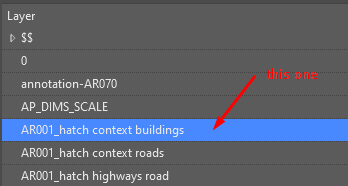 I think he wants the highlighted layer(s), not the current layer.

VB Rhinoscript has the method Rhino.SelectedLayers(), but Python rhinoscriptsyntax does not (yet). However RhinoCommon has Rhino.DocObjects.Tables.LayerTable.GetSelected() method which returns the selected layer indices.

Thank you very much @Helvetosaur yes, that is correct and it works great!

but it gave this error:

I’m just trying to get their names now - this doesn’t quite work, but I trust that it will get there eventually:

but it gave this error:

@dale - this seems funky - is this working as it should? Certainly not how the description below seems to indicate it should work - I would have expected that it doesn’t need a supplied argument and should directly output the layer indices: 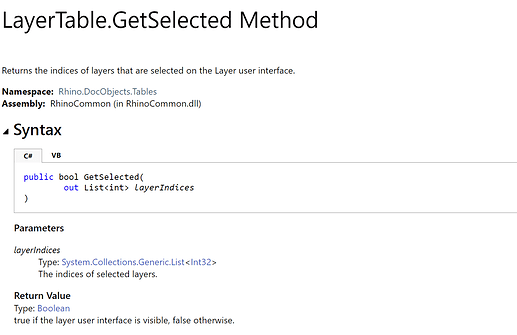 Running the following works of course, but it just seems weird to have to do this: