Exctracting points of jagged curves on one side

hi everyone
i want to extract point of a series of jagged curves of one of the curves’ side , as i have drawn and shown on the photo.
i provided its grasshopper script and rhino file.
thanks 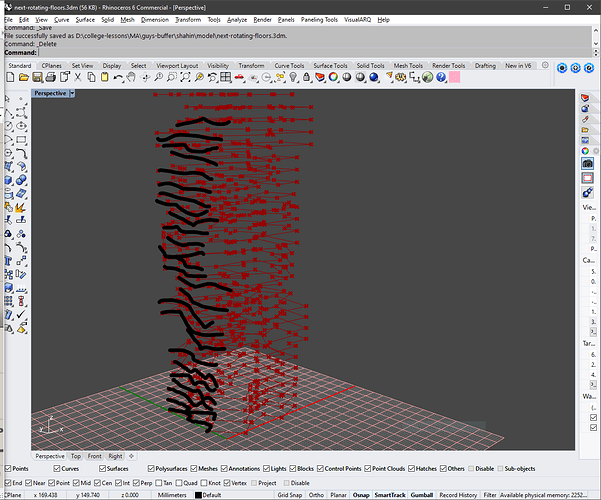 A jumble of intersecting blocks doesn’t result in well defined perimeter curves. Some of your “floors” have multiple curves resulting from Region Union. Corner points on each floor are needed to get “one side” (or four sides). Start over.

hi , thanks for your reply. i’m aware that because the curves and initial boxes does not follow a specific rule so the resulting points does not follow any rule .
i know i can use sort list to sort the points based on their X,Y or Z coordinates . but the sort list component is not what i want . but is there ant way to sort points according to their " proximity " ?
Or I should start over ?
thank you again

Or I should start over ?

Yes. Avoid the mess in the first place instead of struggling to clean it up.

Or I should start over ?

Maybe something like this? The Value List in the blue group switches between circle and polygon. As to your primary question, it’s still hard to know where the “corner points” are, though maybe the segments of the base polyline could be used to organize vertex points by side somehow. I could probably pull that off but maybe I’ve done too much already? 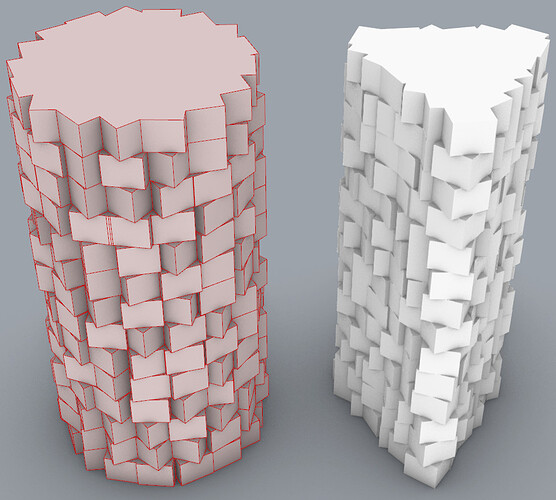 thank you a lot , i a going to try your solution now .
an hour ago i was extracting the corner points with point in curve component , i have extracted some points [not so algorithmic way] then i interpolate through them . after that i wanted to loft them but i was not possible. do you want to have look at that script too?

do you want to have look at that script too?

Not until you study mine first, especially if yours doesn’t work. If you have an image that better illustrates interpolated curves and lofting, that might be helpful.

This image illustrates pulling the outer vertices to the base polyline. Note in the text panel that the number of vertices on each floor varies from 36 to 43 so interpolating those points between floors won’t succeed.

i have extracted some points [not so algorithmic way] then i interpolate through them . after that i wanted to loft them but i was not possible.

I’m hesitant about posting this because doing it with four sides as shown is way beyond your skill level. Also, there are small gaps between the four rippled surfaces. If this is the general idea, I recommend disregarding the concept of sides and interpolating all points in each floor’s jagged perimeter.

P.S. Like this? Guessing wildly, not much of a spec to go on. Have fun.

there are small gaps between the four rippled

Instead of lofting the interpolated curves for each side (leaving small gaps between them), this version uses the “corner points” (yellow group) to create vertical rails and then Sweep2 to get four sides that meet seamlessly (cyan group).

The technique is potentially useful for any similar model but if this is anything close to the result you want, I don’t know why it starts with cubes?

i have used this method before but it was not the solution i was looking for. for a few days i was so busy that i can not work on that project. i want some cubic form not a curved one . so i work on another form from scratch and some air tight logical script .
and thank you for your helpful advices