I want to create some lines from points. Every line defined from 6 points but instead of creating a continuous curve it creates 2 separate curves. Is there any way to redefine the point list in a queue? 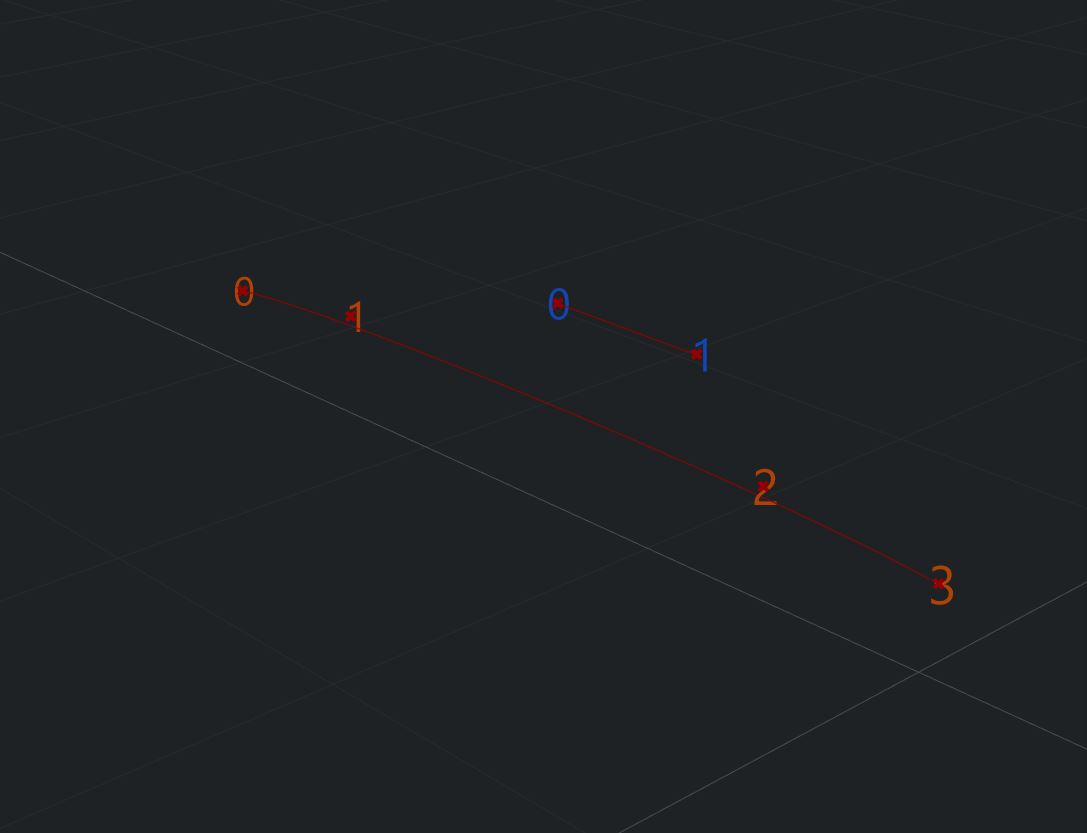 First of all, as you can see from Point list numbers, they are not in the same branch.

Because some have way more depth than others. So they don’t merge. Normally you would simplify them to merge: 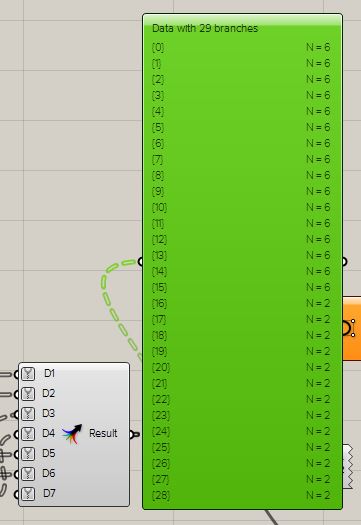 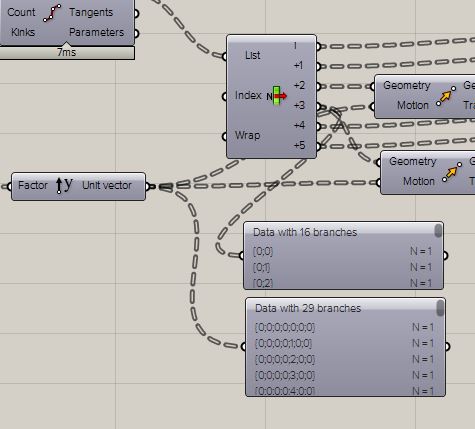 Because you move 16 Points with 29 vectors. And that’s the Problem.

One solution is, to use the same dispatch pattern from to curves for the vectors. See attached.

Thank you very much Tim!

I try to move only the 2 middle points of 6. I think this is the reason that I move 16 points with 29 vectors. But theoretically if the random component (which gives 29 values) decreased in order two give 16 values this would solve the problem or my thought is wrong?

I think that my fault here begins with the random component. The truth is that I took this small part from another definition (not mine) and I haven’t understood well why to connect on seed gate the list number (29) instead of keeping it empty with just a constructed domain on range gate. I just want to achieve a movement up to 0.5 ( 0 to 0.5) of 2 middle points. Maybe I say silly things cause I am new in grasshopper so if you thing that there is no mean to explain to me the difference or the information you have from the script I uploaded is limited to understand the difference there is no problem don’t waste your time.

No Problem.
No, because you start with 29 curves. and because you move them first in z direction, you also Need 29 vectors.
But after the first move, you dispatch the curves and just use 16 curves of them to go on. So you also have to remove some of the vectors. This could be easily done, by dispatch the vectors too.

May have a look at this and try to learn/understand list Management.