Is there a recommended method for controlling Display Order for 2D drawings? I’ve got a drawing with loads of solid fill hatches and trying to control what-shows-in-front-of-what is a bit of a lottery, especially when throwing the attendant line work into the mix. Ideally I’d like to dictate something like “Item X is in front of Item Y”.

Hi Pascal. Yes, they’re what I’m using. Problem is, after I’ve used them a few times in a drawing, it’s easy to loose track of ‘BringForward’ or ‘SendBackward’ - of what? When you’ve got a whole load of stuff stacked on top of each other, there’s no way of telling what order things are lying in. I’m resorting to trimming away underlying geometry to get around this, but that’s very destructive and makes for a lot of reconstruction work if overlapping parts subsequently have to be moved.

Hi Matt- maybe wee need “BringInFrontOf” and “SendBehind” that would prompt for a subsequent selection and put your object either in front of the front-most or behind the back-most object in the second selection. Just making stuff up, but it seems like it should be possible.

Yeah, sort of back in action- thanks- not quite firing on all cylinders, but getting there…

That would be good. Part of the problem with the current set up is that it’s very easy to loose track of which Display Order commands you’ve called and which items you’ve applied them to. After the event, there’s nothing to say “this thing’s in front of this one”. I suppose that should be plainly evident just by looking at the screen, but the truth is the order gets easily broken. What happens for example if you select one (hatch) and apply BringToFront, then select another and do the same? The result isn’t always predictable.

Would it be possible to add some sort of DisplayOrder functionality to layers, say by adding a column to the Layers palette that allowed you to assign a number (pecking order) to dictate the display order? An on/off at the top of the column could disable the whole thing when not needed. Then it would be easy to select objects by layer and bring them to the top of the pile.

What happens for example if you select one (hatch) and apply BringToFront, then select another and do the same? The result isn’t always predictable.

Err…no. Not all the time anyway. Try it a few times with a combination of line work and solid hatches. You’ll see what I mean. There comes a point where you can’t bring the line work forward of the hatch(es), no matter what you do. If you’ve got Groups consisting of a mix of lines and hatches over other Groups of a similar composition, it gets a bit wayward too.

Could we add the ability for layer order? Similar to how it works in Adobe packages…?

Would make draw order so much simpler!

sorry to revive and old topic, but it seemed fitting…

has there been any progress on this? it would be nice to have more control over the display order.

Not that I’ve seen in the current service release (V5). I find the easiest way to work around this when things go awry is to clear the Display Order settings for the objects in question and start over again.

thank you for the reply.

ugggg, that’s going to drive me nuts doing a layout using hatches on hundreds of components to mask out back ground objects while needing about 50 on the bery top.

Hi Ryan - try selecting your 50 that need to be on top, ClearDrawOrder and then BringToFront. Anything good happen?

thanks Pascal, I’m getting started back up on it tonight. i’m sure i’ll end getting it sorted out. gotten through all the years dealing with it. just came across the thread and thought with the time lapse from the last reply and me diggin it back up maybe something got cooked up.

guess a wish would be for display order to follow the layer tree. 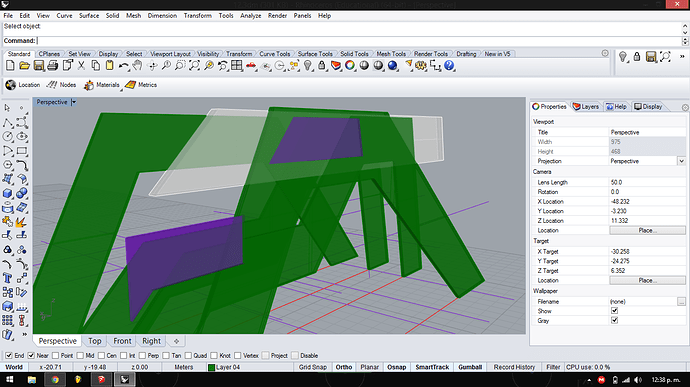 Hi Daniel - can you post an example file? The simplest file that shows the problem would be best - thanks.

It’s already v6 now, 3 years from the first post in the thread…
And the draw order is still not functioning - it’s impossible to control the draw order between blocks and other elements.
Please solve it. It is such an essential feature!

Hello - you could be the first one in the thread to actually supply an example file - you won’t get a medal, but that would be the best first step in troubleshooting.

Ok, so I was able to recreate one very basic issue in a matter of seconds.
I think you don’t even need any example file (anyway it’s in the attachment)

Precisely: Try to use BringToFront command on the block (hatch A) so that this block is displayed in the front of another hatch(B). Impossible.

Another one, this time no blocks involved.
A simple task - make this: 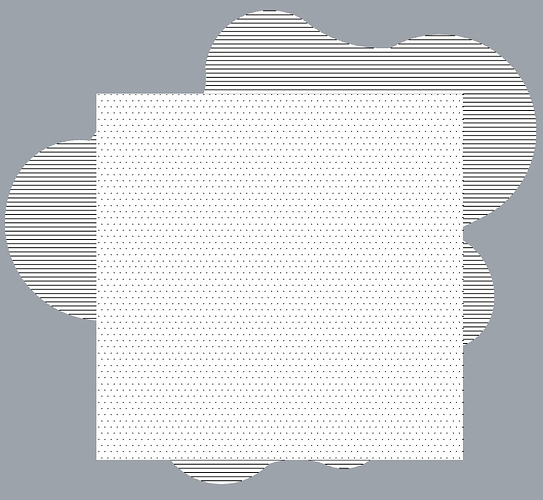 Or am I doing something fundamentally wrong?

Hello - here, the dot hatch does not display at all. If I switch the hatches to ‘+’ I can manipulate them as needed, so far…