Hello,
I am on a grasshopper file has alot of internalized geometries and is not saved as it is out of RAM , I am running some analysis on the file but I am not able anymore to stop the solver as it seems calculating forever and esc was working before but now it is not.
Is there a shortcut that I can use to cancel the calculation? I can not exit the file because simply it is not saved
I am using a c# component for to produce an automatic slider, I don’t know if it is possible to disaple it from an external place or the timer itself

Or if I deleted a plugin from the libraries k2eng could this help? 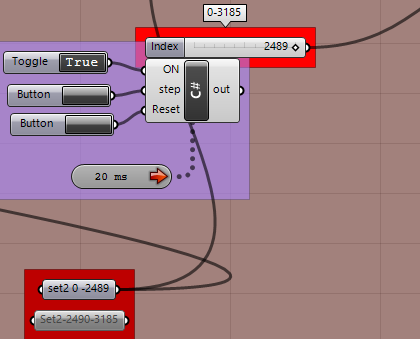 There’s a global timer lock which you can access from the status portion in the Windows task bar. Does that help? 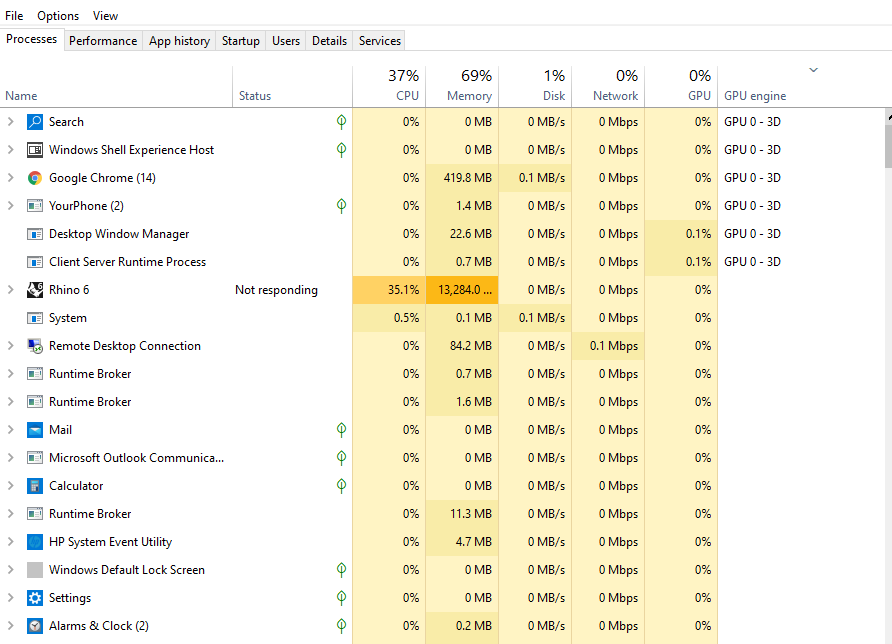 Task bar (or whatever it’s called), not task manager.

It should be a green checkmark:

Thank you so much, found it and worked.

Never been saved? Or just recent changes not saved? Do you know that you can close GH/Rhino when it’s stuck in a long loop and when you restart Rhino/GH and open that file, you will be offered a dialog to “Open Recovery File”? It’s usually a good idea to uncheck “Enable Solver” first.

If you have never saved the file, I believe that doesn’t work because you have no file to reopen…

No actually it is never saved , each time I save it takes about an hour then gives me this message as it uses almost all the RAM while saving due to its size. 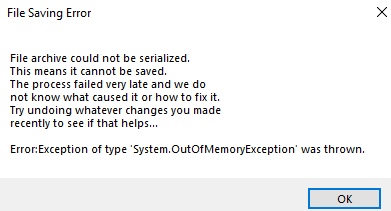 Well, well… that looks very strange and is the real problem, eh? What causes that error? Have you internalized a bunch of geometry? Are you using Repeat Data with a large length value?

Yes actually there is a huge amount of internalized geometries , at the end all I need is running a simulation and getting numbers I will not need the geometry again, may be I could divide them into something like 10 groups and copy and paste each group in an individual file.

Why internalized geometry instead of referenced from a Rhino file?

Another way to separate GH code from geometry is to use Data Output and Data Input as I did recently. 6.2 MB of curve geometry was being re-saved and uploaded each time any changes were made to the GH code that uses them. The GH code alone was only 29.2 KB. Huge waste including the geometry in that code file!

Sorting the pavers was indeed the key insight that makes this work. More on that below. First though, this post adds refinements including separating the ~60K paver geometry from the GH code, something I wish I had done at the very beginning. That data is now in a separate file that uses Data Output to pass the paver curve geometry to the small piece of code that uses it. The geometry doesn’t need to be re-posted each time the code changes - a Rhino file would work as well. [choi-paver-gra…

I would heavily recommend putting large amounts of constant data into separate files. Either text files, or 3dm files, or GHData files, or something which is parsed using a custom script component. When you get to the point where saving takes more than 10 seconds, let alone an hour, you’ve clearly crossed some line.

Why internalized geometry instead of referenced from a Rhino file?

Because I created this geometry in grasshopper and want to keep its data structure, Yes Separating the code is very logical, I also could run the simulation after creating each geometry and recording the results without needing to record the geometries themselves but I wanted to have them, I wasn’t aware enough that it is going to be too much for my RAM.
Thank you so much I will check this method you recommended

Data Output is like Merge and Entwine in that you can add or remove inputs, but is confusing when you add it to the canvas because it shows no inputs at all! (NOTE to @DavidRutten: a default ‘A’ input would clarify this issue quite a bit).

You can rename the inputs which will be reflected in any Data Input components that refer to the same ‘Destination’ file (right-click to specify that). I recommend a version number in that file name that gets changed when you add or remove inputs because Data Input can get confused if inputs are removed or re-arranged.