C# how to create a Arc(center, start, end)

Hello, I tried many things but I didn’t find the Arc (center, start, end) in c#. Where can I find or how to create it.

yes not in Api but this method may be useful 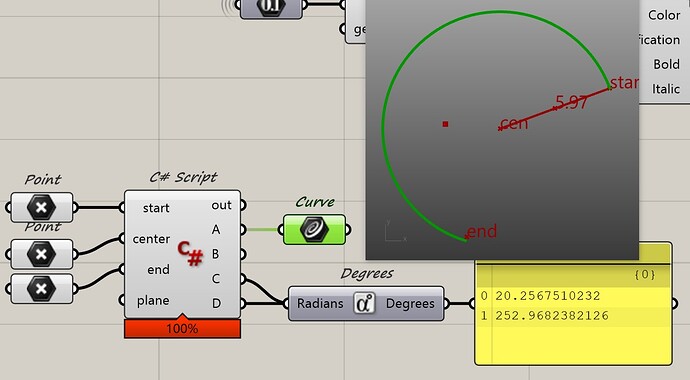 That way of specifying an arc is underdefined. It works in Rhino as a command because Rhino uses the C-Plane in the active viewport to limit the problem from 3D to 2D. Also the motion of the mouse during the picking can be used to determine which segment of the arc you want (the clockwise, or the anti-clockwise one).

Grasshopper 2 does have a component close to this, the Arc Two Points component. 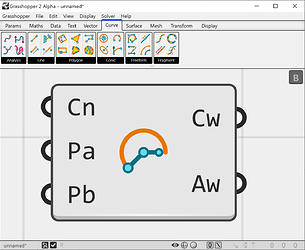 The first input is a plane rather than a point, and the outputs are both the clockwise and the anti-clockwise arcs that satify the input. You’ll then need to decide which of those two is the one you really wanted.

Many thanks for your script, it helps me so much to create my LandXml (Trasse) reader for railways.

Nice to see that Grasshopper is getting new nodes

Try this with python