@XNurbs
The 2.0 upgrade is such a big step foreward in terms of workflow!
You really listened to user input.
Especially zebra preview is implemented perfectly.
This makes adjusting the surface parameters much easier and will be a HUGE timesaver.
Again, a very good upgrade.
Thanks so much and keep up the excellent work!

If you are looking for floating licensing, you may need to wait a bit longer. @brian from Rhino also receives this message.

We are waiting Cloud Zoo – Rhino said that their Cloud Zoo will be available to plugins very soon. @brian from Rhino is the best person to ask when Rhino will provide the APIs for their Cloud Zoo.

Hi @brian, @xnurbs, any updates on CloudZoo support? We would like to use this tool alongside Rhino to help us in situations where Rhino surfacing falls short, but to do that we need to do it in our licensing environment for al our users. Do you have an estimate of when you will make this licensing available to plugin developers?

The enhancements for V2 look quite nice. Well done.

Cloud Zoo support is available now to third party developers. I’m not sure how long it will take @xnurbs to support it, if they decide to.

That’s awesome Brian. I can’t wait to have all things managed via CloudZoo. It makes life so much easier!

The enhancements for V2 look quite nice. Well done.

Our SolidWorks plugin is a bit out-of-date and cannot match the capacity of XNurbs Rhino plugin. Not our fault. Once xNURBS plugin becomes very popular, SolidWorks should be able to persuade its parent company and an update for SolidWorks will be available.

Yes, Cloud Zoo is available to third-party plugins. We are assessing it. XNurbs plugin also works for Rhino 5, so we need a solution for it.

The 2.0 upgrade is such a big step foreward in terms of workflow!
You really listened to user input.

Thanks for your comments. We also thank users’ help and their direct feedback helps us to further improve our xn kernel and the surface quality it produces is getting better and better. Many thanks.

XNurbs plugin also works for Rhino 5, so we need a solution for it.

Reminder, current Rhino is version 6. Version 7 is coming out soon.

You should get advice from McNeel and other plugin developers if focusing any effort at all in legacy versions makes any business sense.

There’s so much improvement in Rhino V7 WIP, even in Rhino 6, compared to Rhino 5, that it makes no sense to me why anyone would still be working in V5, unless they have no money to upgrade. In which case they don’t seem a good customer, do they?

We still use a couple of seats of V5 for TSplines work, but any Nurbs based modeling and anything else is happening in V7, because it’s sooo much better. We would not expect to have a plugins that we buy today to be backwards compatible to V5. If someone is asking you for that level of backwards compatibility you should consider if they are good customers, and how many they are anywaY.

you should consider if they are good customers, and how many they are anywaY.

Quality (“good”) and Quantity (“many”) sometimes constitute the same thing. ($).

Sometimes. Sometimes not. And sometimes they are neither, like in this case:

A potential customer is going to buy your plugin. And they would buy it even if it was only available for Rhino 6, but they also insist you should invest time in supporting an old version that was released in 2012, when the current version has already been out for over 1.5 years… in this case are not good customers, nor more customers.

Version 7 is coming out soon.

We know that “soon” in RMA definition

Oops, I hijacked a thread again. I’m editing our my port here and I’ll post a new thread in Serengeti section

Some newb questions:
Where is the manual ??? remember I am newb

Can you please explain why you are splitting the curve on the aerofoil where you are and how this solves what problem. FYI Videos without any audio are not much help except to experienced users.
Also can your vehicle bumper video explain each of the curves or just start from nothing. What are the colors representing, why is it being surfaced in the way it is etc etc…
I have a surface that resemble the “0 and X” game with four lines that define 9 squares (only one is enclosed and needs to be surfaced, yet xnurbs surfaces to the ends of all the lines. How do you limit it to just the enclosed lines… perhaps a manual for beginners… please

I would be interested to try your wonder tool.
But I fear I’m too stupid and not good enough.

Jeeze the hostility here is overwhelming…
These guys have made a great tool and are very proud of it. The best tool ever. OK. Why not. Instead of trying to disprove this, perhaps show a little support or make a better tool before attacking it like this.
Sometimes I think some CAD engineers in this forum take themselves waaaaaaaaay too seriously

Where is the manual ??? remember I am newb

To get the manual, you can:

“After running the rhi file, you need go to the installation folder and open “XNurbsHelp.chm”, which provides the detailed instruction for using the plugin (Run Rhino, then Tools > Options > Plug-ins > XNurbs > details > File Name.). If you don’t know where Rhino installs the plugin, you can rename the downloaded file extension from .rhi to .zip, and unzip it to the folder you specify. Alternatively, you can get a copy of “XNurbsHelp.chm” here (without the videos). If “XNurbsHelp.chm” does not show properly, then right-click on the chm file and select properties. You will see an “Unblock” option. Click on it.”

I should have explained that I found the XNurbsHelp.chm.
The installed folder path is:
C:\Program Files\Common Files\McNeel\Rhinoceros\5.0\Plug-ins\XNurbs for Rhino 5 (random ID)\

I should also have explained that I am asking for an explanation of the Dialog and Rules page. I understand writing manual is a pain for developers, but you have a tool here that seems like it will solve a lot of problems for a newb like me, so an explanation of the fundamental concepts is essential.
How can a surface be defined by a point? Never come across that before…
Xnurbs obviously can handle complex surfacing but what about the trivial example above (pics) This is a simplified version of a set of 3D curves I want to surface resulting in a surface that extends to extents of all curves beyond the ENCLOSED area that I actually want surfaced.
Perhaps Rhino can surface these equaly well with curve network, in which case, a more experienced user would know that this example is not for XNurbs. Does that mean that a Rhino generated surface will butt against an XNurbs surface an Zebra will be happy? Somehow I think no.

Perhaps a more exoerienced user would understand that after generating a lrager than required surface, it must be trimmed. (I have never trimmed a surface. I do not know how this affects the boundaries of that surface)
Perhaps a more experienced user would trim the curves in some clever way (like the aerofoil) and solve this problem that way. (there was no audio on the aerofoil example and I could not understand WHY he was doing the things he as doing)

With respect to the Dialog page inthe help file, I am not able to select CONTACT, TANGENT or CURVATURE in all cases. two are greyed out. I am not understanding why.

Keep U/V isocurves perpendicular… what is U and what is V… I know what X.Y and Z are. When i search the Rhino manual I find RebuildUV, No help there. Perhaps this is a basic explanation in the first chapters I missed. I am sure its not complicated, but I am a newb looking for a tool that saves me 3yrs of CAD school. XNurbs might be that tool so explain these things. Assume I am 4yo.

Trim the Generated Surface: Specify whether or not to trim the generated surface (Obviously, if you select Quad-Sided Surface , this option is ignored.). Not obvious. Why would it not trim a quad sided surface??

In this case, you can first create an untrimmed surface with a minimum number of constraints, and then draw/extract curves from the generated surface and trim the surface manually.

Need a video example of that for sure !!

G0, G1, G2 … These are the boundaries as defined by curves of points I assume?
Perhaps a little explanation of what this is all about.

Case 1:
For the left image below, the points in…
I think this explanation is about creating a curve within the external boundary that matches EXACTLY with a curve that connects to the boundary curves.
I understood the concept that a curve cannot be a boundary curve and an internal curve. Presumably this is what the two curves in the aerofoil are about but:
HOW do you make a partial curve that conforms EXACTLY to a full curve defined by the bounadry curves??? Need a video on that.

Case 2:
by adding two boundary point constraints… Need a video on that. I cannot understand how to do that from the diagrams.

For complex surfaces, e.g., the following aircraft wing tip, you may need to add more internal curves. This video needs to start with a blank document and needs step by step build WITH voiceover !! The video you have assumes too way too much knowledge.

There also needs to be a chapter on Mixing Rhino generated surfaces with Xnurbes surfaces, or is it assumed that ALL surfaces in a model must be one or the other?

Also, an overview of surfacing concepts for large objects with many surfaces like the bumper. Why did he start surfacing where he started? why did he choose the cirves he chose? What is the concept? start with big surfaces and move to smaller ones? How do you approach surfacing objects like that?

Finally, please ignore the posts that are not polite. There are petty people and trolls in all forums that love to throw mud and will never create anything. You have created something, more than 99% of people will ever do, and we all accept that it is a work in progress and a great leap forward.

You will better understand what xNURBS can do for you when you have a better understanding of the NURBS modelling basics and tools.
I would start with the basics, e.g. the Tutorial Level 1.
When you have some experience and training most of your questions answer themselves.
And you will know what is Loft, Sweep, PlanarSrf etc.

When you now don’t know the difference between trimmed and untrimmed surfaces, I very recommend to learn such basics first before you blame Rhino and the xNURBS documentation.

As TomTom pointed out very well, NURBS modelling is not the easiest thing on earth.
It requires ‘some’ knowledge… 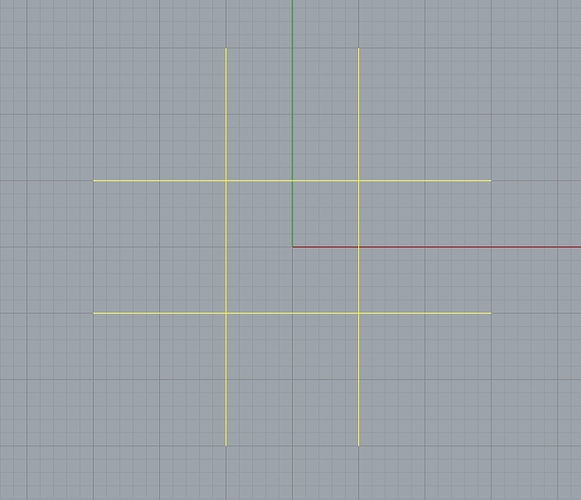 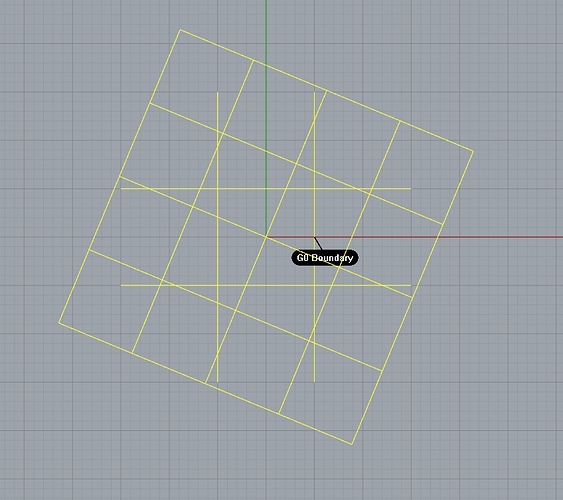 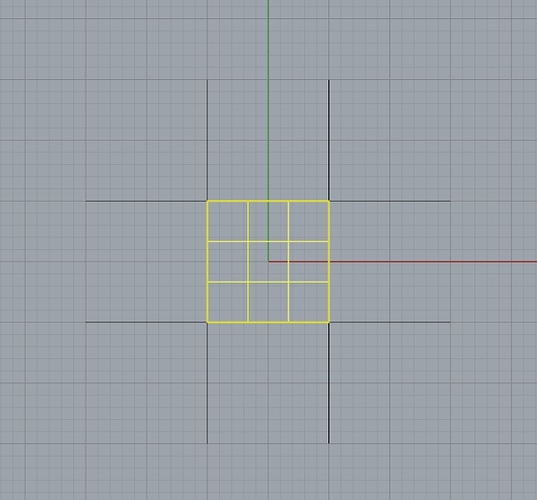