WISH. Correlation between clones or SwapHierarchy

Is it possible to enable correlation between clones?
Maybe I don’t know something but I see only a Record Hstory from parent to child with hierarchical dependence.
How to enable interdependence in commands such as a _Mirror, _Symmetry Crv, _ArrayPolar etc

If change the child object, then I always see this message 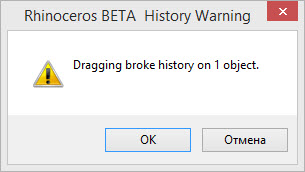 Why is there only one hierarchy?
It would be correct to add a new SwapHistory option or something like that, so that at the time of changing the child object, make it the parent and thus turn over the dependency

This could help solve many problems Including such a significant SubdSymmetry Reflect Rotational etc.

Hello - ‘why’ is simply that it is the way history is implemented in Rhino - it could be more complicated but so far it is not… There is no concept of ‘clones’, just Edit parent >> Modify the child object(s).