Why curve domain does not work?

I use ‘curve domain’ to seperate a curve part.
However, even I set the domain, the output curvs is the same as the original one.
What is the issue?
Thanks for any suggetions and comments!

The Curve Domain tool only changes the domain, it does not split or shatter the curve.
To extract a subdomain, you could use the Sub Curve component.

Maybe this tutorial could help: 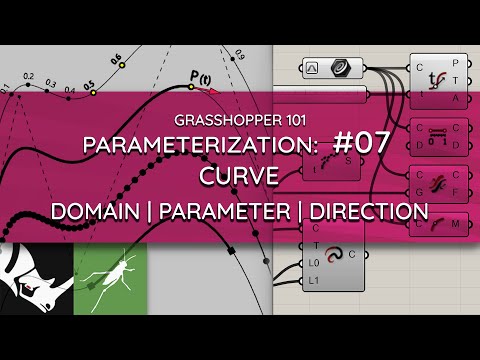 Also, check out this post for more information about extracting sub-curves:

Is the domain of a polyline linear? Grasshopper

Hi all! While i was trying to get a subcurve from 2 different open polylines I encountered the following situation. I thought that the domain of a curve was constant as long as there weren’t areas of different curvature, and i thought the curvature of a polyline was zero, so trying to get a subcurve with the gh subcurve component and substracting the same number from the beginning and end of a normalized curve domain would get me the same distance trimmed in both sides. But it seems that it d…

Thank you so much, @Lina!
That’s exactly what I need.
Have a nice day!