Weird Artefacts on common surfaces when backfaces are colored

Hello,
Often I create some objects with planar surfaces and I assemble these on similar face (for example on the 2 following images, there are two tetrahedrons with a identical triangle) .
To better visualize the objects , I choose to use the option Color Backfaces but in this case there are many artefacts on the common face.
I want, in the following example, the common triangle to be a single color on both sides (color of the backface) !
I tried the command Join and Union and I tried to transform Nurbs to Mesh but without succes.
Is there a way to remove these artifacts ?
Best regards! 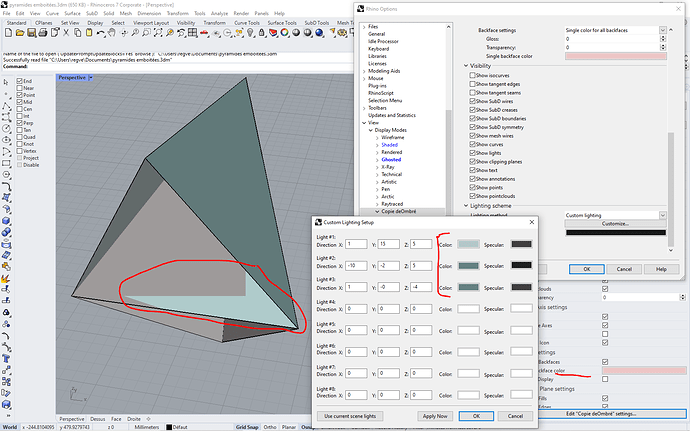 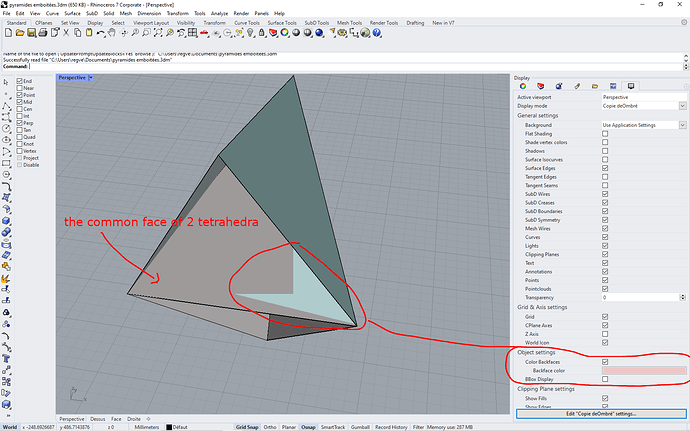 I suspect you have some small edge loops that are confusing the render mesh creation.

That is a guess without a small 3dm file with the problem.

Thank you for your answer .
In this example ( Test for colored backface.3dm (152.8 KB) ) there are only 2 pentagonal pyramids and there are no small edge loops. 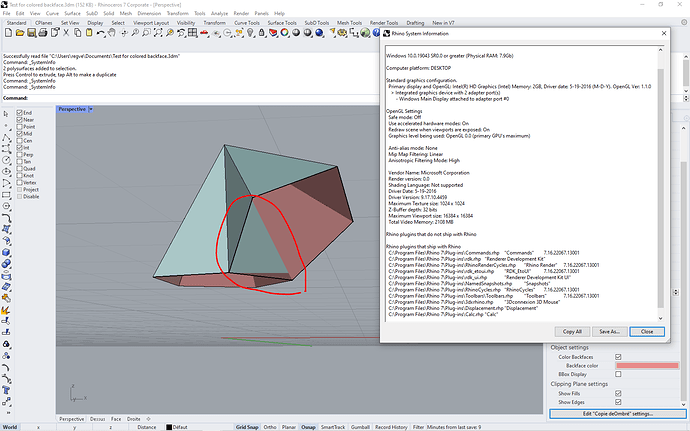 Your Intel display adapter and driver do not support Rhino’s minimum OpenGL requirements.

This may not be fixable.
Sorry.

If you’re serious about running Rhino, you’ll need a better setup.
Since it is a Desktop, you might be able to add a Nvidia GeForce RTX card to get it to work.
While you’re at it, add at least another 8GB System RAM

Hi @olimatxyz
Before asking for help on the official Rhino forum, you really should buy yourself a legit version of Rhino…
But what you are seeing is called z-fighting - google it.
-Jakob