Using Rhino to Create a Tiger 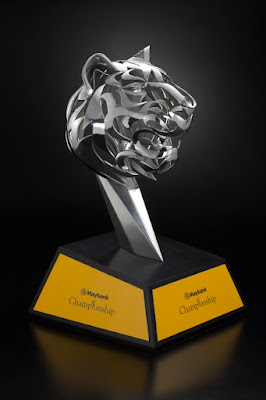 The trophy is a modern sculptural art form of the tiger, the corporate identity and symbol of the Maybank financial group.

With meticulous attention to detail, Royal Selangor has previously crafted trophies for other high profile events such as the Formula 1 Grand Prix races in Singapore, Malaysia, and China, as well as the Sime Darby LPGA Malaysia golf tournament.