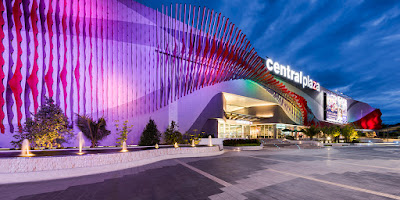 Using Grasshopper, the Synthesis Design designers developed the series of surfaces for the shopping building facade. The facade is a series of undulating 2D CNC plasma cut aluminum profiles. Mirrored and nested, the waves appear to shapeshift as one drives by. 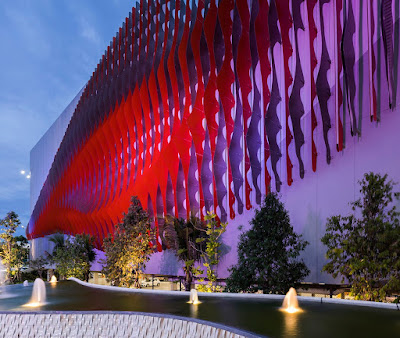