Surface has different normals in Rhino 5 and 6 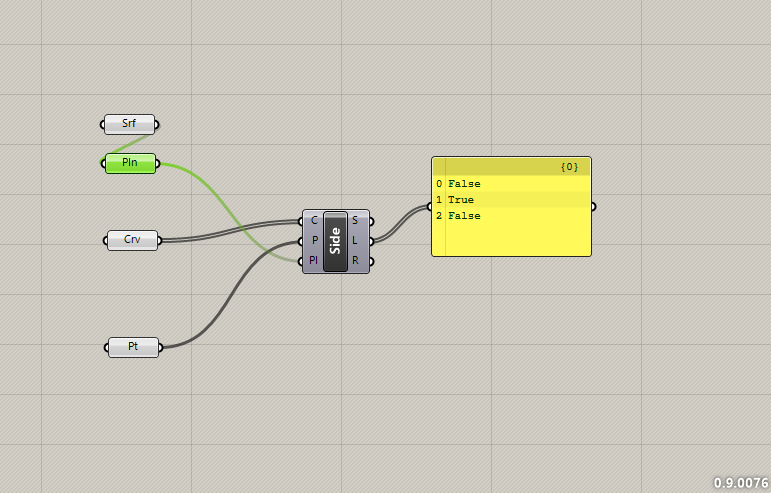 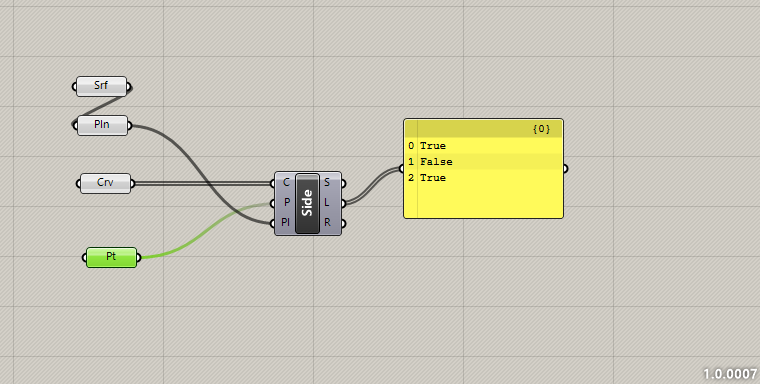 The construction plane in your Rhino file appears to be weirdly skewed for some reason? Is the Z direction of your surface the same in both R5 and R6?

What are you trying to do with this model? Why use Side at all?

P.S. I belatedly noticed that the view in your Rhino file is set to “Parallel”? Never seen that before. It can be changed to Perspective but something is still weird about that Rhino file.

It is not skewed, it is just the perspective. It is a rectangle. I need to know that the point is which side of the line.

I guess the problem is with the SIDE widget, may be it was rewritten…?

I guess the problem is with the SIDE widget, may be it was rewritten…?

Is the Z direction of your surface the same in both R5 and R6?

There IS something weird about that Rhino file.

P.S. This answer is not helpful - I’m asking what you’re trying to do, big picture?

I need to know that the point is which side of the line.

I have read the same rhino 5 file in rhino 6. I have not changed anything. So the normal should be the same.

So the normal should be the same.

Of course they should be the same, my question is are they? Can you tell? Look at the Z direction of Plane component in ‘Shaded’ mode?

it is a baked geometry of a very complex definition, for simplifying the problem. I am generating solid triangles which are on a triangulated surface. I am using connector elements to connect the triangles. It is a positive-negative shape. If the line is left side on one triangle it is on the opposite on the neighboring one. (the triangle is on the opposite side of the common line)

You are right,…it is not the widget. The same surface normal points to the opposite direction in rhino 5 and 6.
Actually the surface was generated by baking a plane widget in Grasshopper.
curve side_v.gh (12.5 KB)

Any idea that why behaves the same geometry differently in different Rhino versions?

Theoretically properties of a given geometry should not change beetwen rhino versions?