When the other thread about the surface Book started the model available was even more lame. This past October MS upgraded the batter and GPU and now the current Surface Book (Not the Surface Pro) has an Nvidia GeForce GTX 965M.

It turns out, you can teach an old laptop new tricks.

I really like the long battery life and the sketching on the go ability of a Surface Book. But I’m not sure if it will be great for daily/travel weeks Rhino use.

I’m also considering a Dell XPS 15. I like the extra screen size and extra pixels in the 4K display, the better video card and the quad core processors. But no sketching.

Any feedback would be appreciated.

I have the original SurfaceBook and I hope this is an upgrade. The original lacked battery life and really couldn’t run a very large model. I to have wondered if I should upgrade my original to the newer, faster, longer lasting SB.P. Did you ever decide on the purchase?

I haven’t decided yet. But I have done a bit more research & I met with the local Microsoft Store business team today. They’ve been extremely helpful and they are going to try to find me one of the new models with the ‘performance base’ to tests at the store. This model: 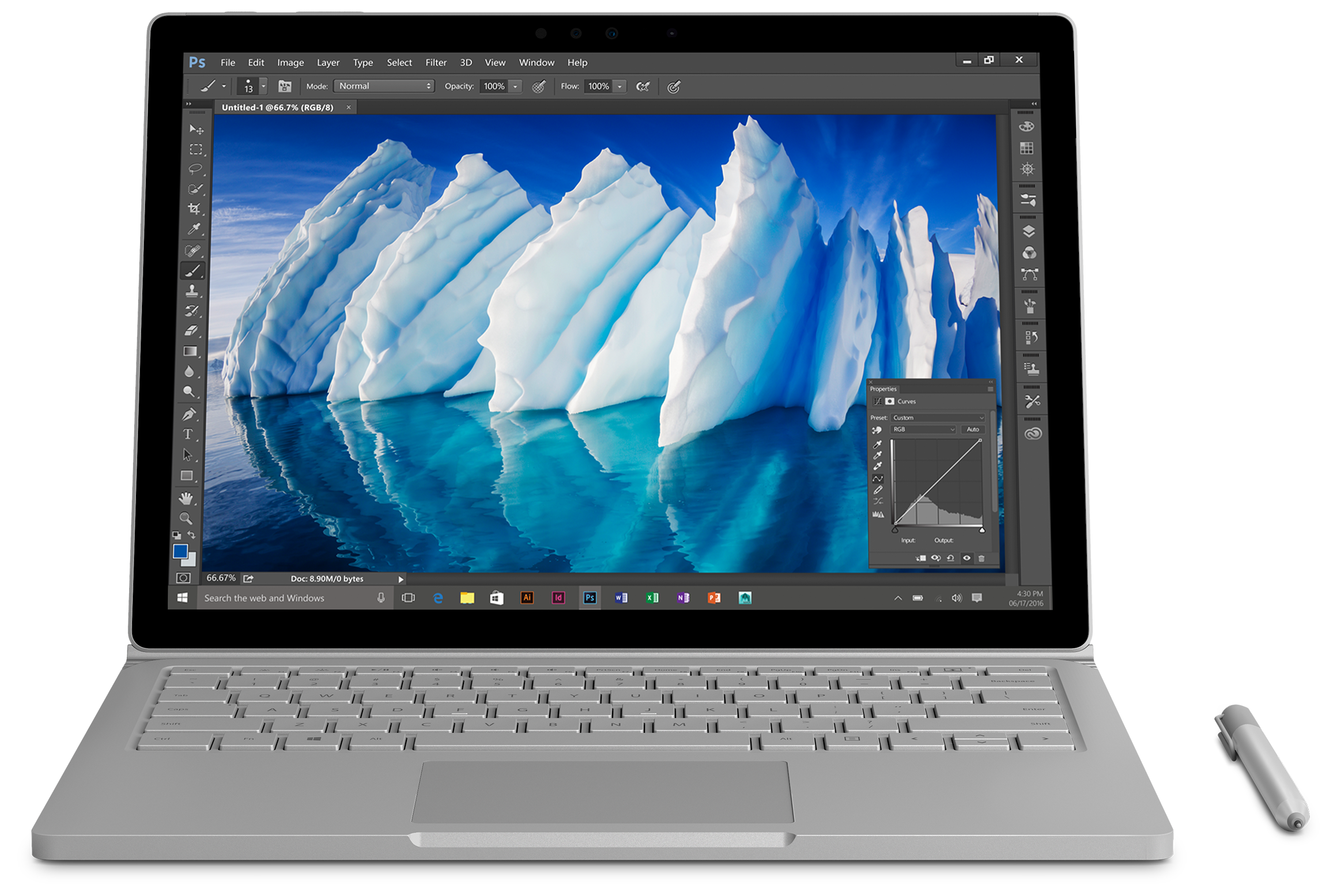 Get the Surface Book with Performance Base at Microsoft Store and compare products with the latest customer reviews and ratings. Download or ship for free. Free returns.

The contender is either a Dell XPS 15. Currently on sale at Microsoft store:

Del Dell XPS 15 is $1100 cheaper for more 2X CPU performance (CPU Rendering like Keyshot or Flamingo), 2X ram and more pixels. But NO SKETCHING ( and that’s a huge slow-down for me and how I work)

People around here have been very happy with the Dell XPS CAD/Viewport performance. My guess is that GPU is very influential in noticeable performance. If we compare that XPS 2016 model with the new ‘Performance Base’ of the Surface Book, it seems to be bit slower graphics card, and probably a lot slower for CUDA performance (Octane Render). Just take a look at the specs of each compared (and my annotations on what I think it will do to CUDA performance):

So I will test the Surface Book and will report back. Are tehre any benchmarks I should try? I 'd like to run @Holo’s Holomark, Although that will not be reflective of Rhino V6 performance. But at least it will be useful as a comparison of other systems benchmarked there running V5.

BTW, after I get one of these I will be also getting a Surface Studio, but let’s cross that bridge a but later.

update: …had the SurfaceBook for a couple of week snow. I really like this machine for a very mobile Rhino/Design/Meetings solution.

here are the Holomark scores (in V5 oc course):

using it standalone (no second monitor):

Viewport performance seems good, especially in V6. and compared to my monster Dell 17" 7715 this this is incredibly light and portable. A really good compromise, especially since the battery life is about 16hours. But it will been less in CAD heavy days (although I’m usually tethered to a power cord in those instances).

Cycles does run very slow. I don’t know if I have to tell it anywhere to run Cuda? I already installed all the Cuda extensions.

Octane in the other hand runs very well. here are some rendering tests with a couple of ‘expensive’ materials, SSSilicone and diffused metal:

…I just wish I could use the hands sketching of this laptop right in Rhino to hand draw a layer overlay in a locked view. Maybe in the next 10 years.

I was considering the same things; ended up going for a maxed out Lenovo Yoga 460:

Pro’s: (for me)
-High res, but not 4K (which I think is too big on a little screen anyway)- certainly until apps are all authored for super high res and/or win scaling is better
-Good processor and 16gb ram
-GT940m (octanebench 14)
-Wacom digitiser
-2-in-1 (laptop & tablet mode)
-8hrs usable battery life for my purposes
-sata & m.2 hardrive (m.2 can take a WAN card too)

Oh〜 I’m really stuck on what win laptop to get…
But, it’s enjoying the process.
I forgot about the longer battery on the new surfacebook. hmm…