#Suggestion add all (Arc Option command) to Polyline{for example StartPoint and ThroughPoint,…}
need to Add this options to polyline similar to Autocad
beacuse Currently, with limited polyline features for the arc subdomain, many shapes cannot be drawn with polyline according to the pattern.
As an example below 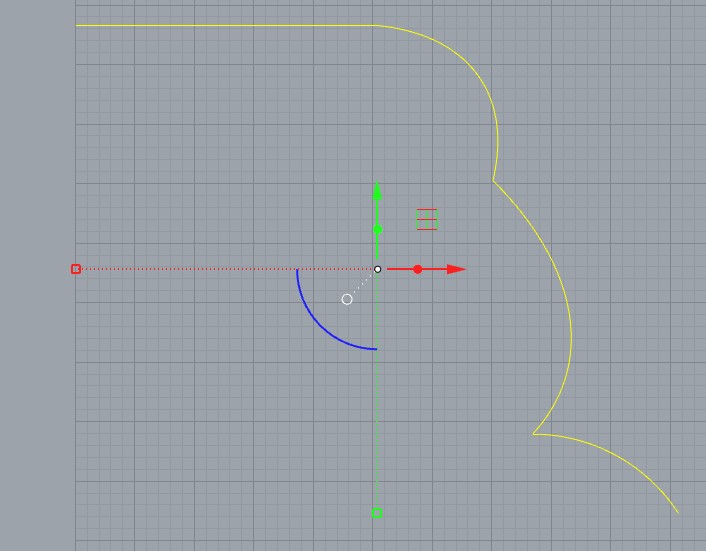 You can do that now using this icon:

There’s a command line Mode toggle that switches between Line and Arc:

yes i knows it!!! but the arc in this icon only support( direction and center) Method of Drawing arc. i suggest and need this arc support **{ startpoint+trough Point}**Method for draw arc in polyline
I hope developers pay attention to this shortcoming in Rhino and add it in the next update
@mary

Sorry, maybe I’m just thick.
Can you provide an example I can follow of a polyline you can not draw with the tools we have now?
If we don’t understand the problem, no changes will possibly happen.
We need your help to understand how this is a problem for your work flow.

I was able to draw this using the Center and Direction command line tools.
Yes, it’s a different command pattern than AutoCAD, but it works fine.
You are correct that Rhino does not have the arc End and ThroughPoint options, but using Center and Direction, you can draw the same shape.

I still fail to see the limitation in Rhino.
Difference, certainly. Not the command pattern you’ve become accustomed to in AutoCAD, yes again.

Hi.
Thanks for the suggestion. I have added your item to the youtrack system for future consideration as RH-58905 The developer may ask you for input when this issue is up for discussion.

I think a “second point” option would be helpful. The “start point” is at the last point, then you can pick the second pt and the arc end pt. .

In the meantime, you can Join arc and lines that share and end point together into a polyline.

Hi @architect.civil5.
I just tested the fix for RH-58905
The developers have already added a Through Pt option to the Polyline commmand Arc option in the Rhino 7 wip 2020-6-5 or later in record time.

You can see the fix in action here in a video here.
Those that have a Rhino 6 license can download the latest Rhino 7 WIP from here

Let us know if this works for you.
Sincerely,
Mary Ann Fugier
McNeel Technical Support and Training
Seattle, WA

hi @mary
thank you for this update in polyline
i test this new option (ThroughPoint)
But unfortunately, you still can’t draw some shapes like AutoCAD with polyline(for example this shape below)

It looks like polyLine in rhino
When drawing an arc by polyline command, it wants to touch(*tangent to previous Arc or Line) 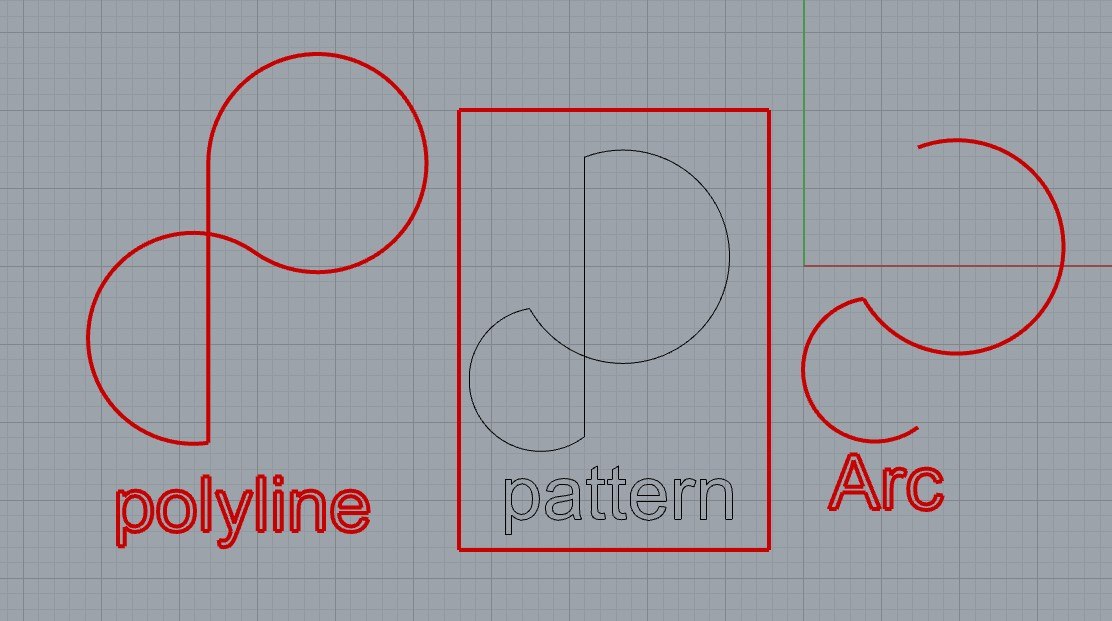 polyline.3dm (122.3 KB)
In addition, the polyline command may require a new command, such as polylinePlus, to create all the features of the arc and line without the need for a tangent.
KelvinC (Kelvin Cheng) June 8, 2020, 5:31am #12

@architect.civil5
I added a comment about your request to RH-58905. Maybe a new option TangentToPrevious=Yes/No can solve the problem?

I can draw the same polyline with the Direction option and SmartTrack,


But it is difficult to start the second arc with the correct tangent direction because SmartTrack cannot usually find it.
1 Like
architect.civil5 (ay) June 8, 2020, 6:02am #13

yes TangentToPrevious=Yes/No can solve the problem

TangentToPrevious is not added, but now ThroughPoint works like what you do in AutoCAD.

I can draw the same polyline with the Direction option and SmartTrack, but it is difficult to start the second arc with the correct tangent direction because SmartTrack cannot usually find it.

This issue is also fixed.

yes TangentToPrevious=Yes/No can solve the problem

I logged an enhancement for the Polyline Arc Thought Pt New TangentToPrev option: RH-59015
Not sure if or when it will be addressed, but it is on the list.

thanks( this option is usfull)

but I found a new case when I tested the new version with throughPoint that add on this version :this shape doesn’t
draw if first select line and next arc(throughPoint) but if first arc and next line then no problem

hi @KelvinC
Is it possible to add RH-58905 to rhino6 too?
Because it is very necessary and useful

As far as I can tell at this point only serious crash bugs are fixed in V6 branch. No new features added.

but I found a new case when I tested the new version with throughPoint that add on this version :this shape doesn’t
draw if first select line and next arc(throughPoint) but if first arc and next line then no problem

@architect.civil5
Sorry, I just noticed this report. This case does not have a “through point”. It should be covered by:

Meanwhile, it is possible to achieve by using the Direction option before the third pick.