For a boolean operation to work, you need objects that intersect.
There are no ‘solids’ in Rhino - and therefore also no ‘hollow’ objects.
What are you trying to achieve?

Rhino does not have a concept of “solid” or “void” -spaces, A “solid” in Rhino is just a set of surfaces enclosing a space.
So by the same token your sphere inside a sphere is just that, two closed surfaces one inside the other. But not a “hollow sphere”.

thx, both. I was trying to build a “bubble with thickness”. It is for an architecture competition. I had it modelled in Autocad and i was trying to render in 3Ds but it doesn’t save the archive.Then, I tried to import to Rhino but it gone wrong… Then i tried to model in Rhino… Here we have the road that bring me to the forum

You might be able to do what you’re after using NonmanifoldMerge followed by CreateRegions. Then delete the interior sphere and you’ll have a solid shell.

I am very new to Rhino 3D and my problem is very similar to what you have suggested.

I want to model a half hollow solid sphere. I tried using NonmanifoldMerge command after creating two spheres. Please note that, I used trim command to create two half spheres. After NonmanifoldMerge command, the two half spheres are merged. But, I am not able to use create regions as you have suggested in your earlier post. I need to finally model a solid model of half sphere with 0.10 m wall thickness. It will be of great help if you could guide me with the modelling.
Thank you.
Regards,
Krishnendu

For a half-sphere, it’s quite simple.

Thank you for your quick response Mitch.
I could create a hollow solid semi-sphere.

I could create a hollow sphere with desired thickness but I am unable to save in .gdf file format (suitable to work with Nemoh-open source software). It says “Wamit file format does not support trims and untrimmed surface information will be written”. I had to mesh the model in Rhino and save as .gdf file compatible file for Nemoh. Is there any solution? It will be great if you could help me in this issue.

Hi Krishnendu - if you ShrinkTrimmedSrf your half-sphere-solid, does that work better?

Well, yes, you can make a hollow hemisphere out of untrimmed surfaces. The easiest way is to start in 2D. 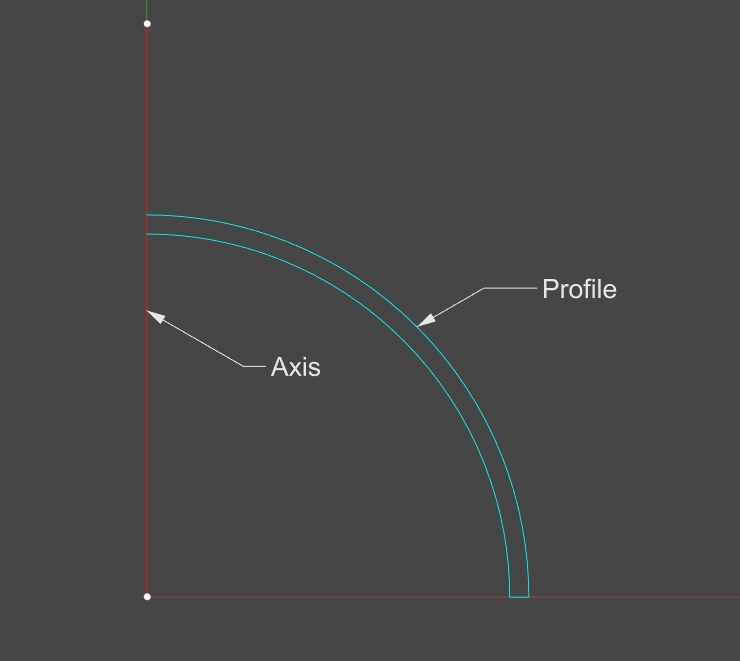 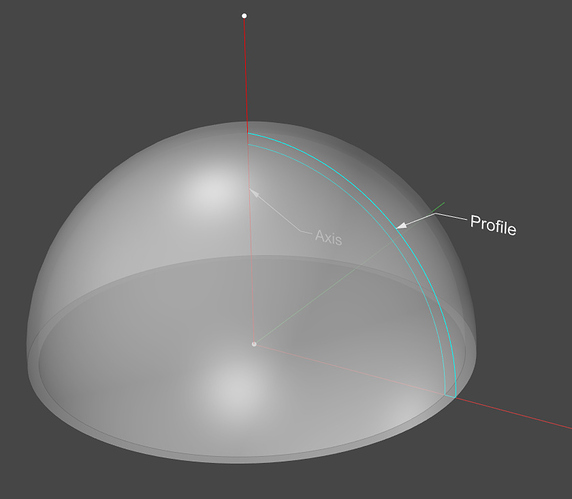 Hello, Thanks for your reply. The solution suggested didn’t work.
Regards,
Krishnendu

I could model without using trim command as you suggested. Error with trim command is eliminated. Still not able to save as .gdf file. A file is getting created when I save but with a file size of 0 KB. What could be the problem now?!

see the attached files - are these what you need?

RevolveHemisphere.zip (45.5 KB)
A couple of things:

Wamit does not understand rational surfaces so true arcs and spheres will be distorted. In the example, I’ve rebuit the arcs as degree 5, six point curves (Rebuild command) which makes a very close approximation of the arcs and I used the ‘Deformable’ option in Revolve with 32 points.

As far as I can see Wamit does not pay attention to solids - it comes back in as surfaces.

Try exporting my object from the Rhino file to gdf - does that work?

“As far as I can see Wamit does not pay attention to solids - it comes back in as surfaces.”- so are you trying to say I needn’t model as hollow model? Please help me understand.