Hello!
In the last years, the phrase “small annoying things” has been used in the context of numerous other 3d applications I came across. Allow me to use it here, too, to draw your attention to some little buggers that should be no big problem to fix (I hope).

That’s it for now. More to come…
Thanks!
Best regards
Eugen

And another one:
SPACE bar should work as OK button in all dialogs.
Thanks!

Hi Eugen,
Thanks for your comments.

Hello Francesc! Thanks for the reply!

? You can just edit the button and add this image.

I think I like this one more to be honest, because as I discovered, the curve doesn’t have to touch the slab in question (like the original image suggests).

the curve doesn’t have to touch the slab in question

Well in fact it has. The slab is created on the curve, according to three different vertical alignment options. But the icon is just a representation, it doesn’t need to be exactly as the command works. Choose the one you prefer!

I think we are talking about different things, for example this was my workflow: I have 4 floors with same slabs, but if it turns out that I have to change something on one floor slab and translate it to others, I just create one curve that fixes the problem and it doesn’t have to touch the first slab (be on the same level with it), what I noticed that in top view they should look like they coincide. So no matter if the curve is on the “first floor”, other floors will be able to pick that up.
I hope I explained it better this time (looking back at my first message it was quite confusing).

All right, I get it. You are talking about the command to add a boundary to a slab (vaSlabAdd), (not the one to create Slabs from curves). In that case you are right, the curve used for the addition doesn’t need to be on the same elevation as the slab.
Best,

Hello!
Thanks for the icon!

Got another wish: those triangular edit points are rather small - I already had problems selecting them when they were amidst other lines or objects. Also, they are quite far offset, I think.
Since people will have different tastes: maybe add a preference in the VA Options?
Thanks!
Eugen 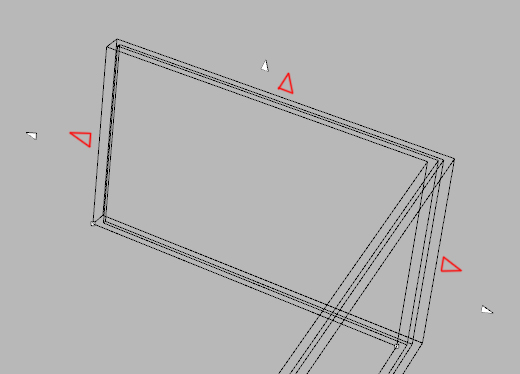 Hi Eugen,
I’ll report this wish to the development team.
Thanks!

Ooops, I confused them, sorry.

Just noticed that the handle size is indeed coupled to the Rhino Control Point Size parameter in Rhino Options > View > Display Mode > Wireframe.
However, the VA (triangular) point size only starts to increase above 5 pixels, when the Rhino points are already becoming too big.
Best regards
Eugen

Yes, we need to fix this!

Hi!
Another tiny wish:
In the Levels panel, could you make the columns resizable, just like in the regular Layers panel?
Thanks!
Best
Eugen

Yes, this is a pending “Thing-to-do” in the wish list!. I’ll let you know when we fix it.
Best,