I have version 5.3.2 of Rhino for Mac and I just thought I’d let you know that I’m still experiencing this issue with Printing to PDF - what you see in the print preview window is what you get with the PDF if you stick to raster output. However, if you change to Vector output (my preference when trying to out put a drawing), the resultant PDF has the drawing offset so that it’s pushed up to the top left corner.

from the layout window, then opening the print dialogue box, I still get a small shift when choosing between raster and vector, my preferred option is vector too, it’s definitely problematic when you need to print documents out, not such a big issue when just saving as a PDF document

5.4? I’ve just checked for updates on my current version of Rhino and it’s saying I have the latest version (5.3.2) or is 5.4 a new purchase option?

5.4 is the WIP ( work in progress), and you can download and install it for free alongside the official one, 5.3…

Take a look at this link:

Thanks for that. I have downloaded and installed the latest RhinoWIP and again tried the PDF issue and received the same results. See attached.RhinoWIP_PDF.pdf (181.7 KB)
RhinoWIP_PDF(raster).pdf (397.6 KB)
One of the PDF has been created when the print options were set to Raster and the other is when this option is changed to Vector…you can see that the raster PDF has the drawing and it’s rectangular border centred, whereas despite all settings staying the same, when the vector option is selected, the drawing/rectangular border is offset. Any thoughts why?

Can you please tell me the exact manufacturer and model number of the printers you are using? We are unable to duplicate this with any of the printers we have here. I suspect this is a printer driver issue. Thanks.

I’ve noticed the exploded single line segments too. I have a Lexmark C925, but I think this theory has been offered before so I tried connecting another printer, a Samsung ML-2240 and this didn’t resolve issues. Seems odd that it’s fine in Raster output though if it’s to do with the printer driver. If no printer was connected, can you not “Print to PDF”?

Finally solved this. It is not a printer driver issue. I started methodically testing all the possible printing combinations and found that when using fixed scaling and vector output, setting non-zero print margins in the Print dialog would change the location of the output image. This will be fixed in the next WIP release. In the meantime, you can set the margins to zero in the Print dialog to get correctly placed images in your PDFs.

Thanks for reporting this. Unfortunately, I’m having trouble reproducing this difference in behavior between 5.3.2 and 5E63w (the latest RhinoWIP as of today). Can you please provide the file you used (the 3dm), the export/printing steps, and the steps in Illustrator to demonstrate what you are seeing? I tried to reproduce what I think you are reporting, but I came up with the same result each time.

Here is what I did:

I got the same result for each file. What are we doing differently?

Thanks for sending along those files.

When I start with your example.3dm, I am not able to reproduce the issue in 5E63w when using the Print > Save to PDF. This is a screenshot from the output produced by 5E63w that I created … 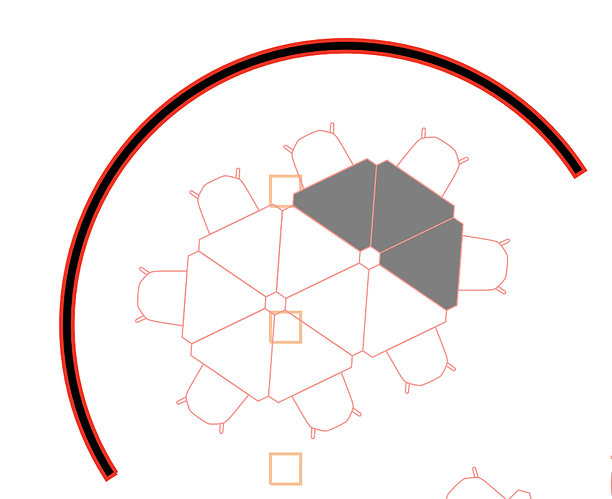 When I use your output02.pdf, I am able to reproduce the issue, but only on certain curves, like the arcs… 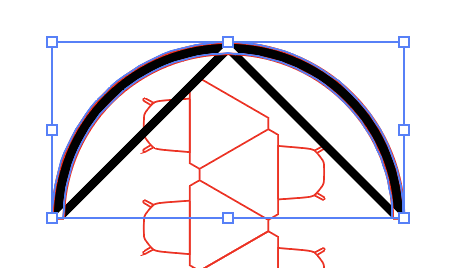 …but not with many of the other closed polylines… 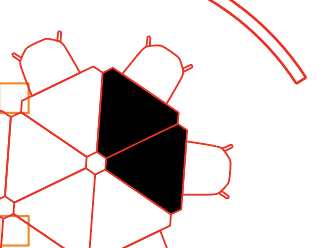 It is bothersome still that I cannot reproduce the issue from the 3dm file you provided, but I think I see what you are seeing with the output2.pdf that you provided.

@dan The original issue is that 5E63w and 5.3.2 produce different results. It is not clear to me that you have confirmed that issue.

I am not able to produce different results between 5.3.2 and 5E63w with the example.3dm file that @epiphany provided above following the steps he provided.

I am able to see that output01.pdf and output02.pdf provided by epiphany behave differently in Adobe Illustrator.

I think, It could be related to blocks/trimmed circles?
stable version pdf output in Illustrator:

The step you have provided do not produce a closed shape.

If I presume that you checked the Cap (Flat) option when Offseting the Arc, I get results that fill in Illustrator like this, regardless of whether or not I use 5.3.2 (stable) or 5E63w (WIP)… 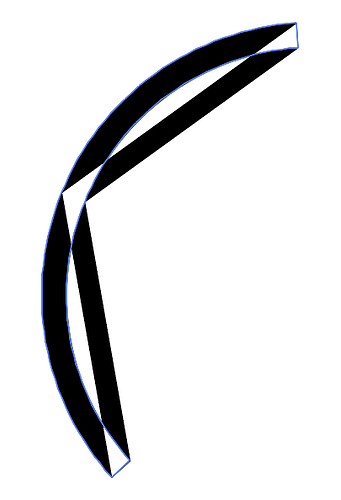 I do not see a difference between 5.3.2 and 5E63w, but it certainly doesn’t look correct to me.

It doesn’t matter if the shape was closed or not. Trimmed circle is interpreted as single (closed)curve in stable version compared to multiple segments in WIP.

Could you test it with Epson drivers, please?

Could you test it with Epson drivers, please?

Sure. I am getting consistent results between Rhinoceros 5.3.2 (5D197) and RhinoWIP 5E75w using Epson drivers.

At this point, I’m lost; I don’t see what you see…and I don’t actually know what you expect to see. I am able to create closed curves from Rhino, Save to PDF, and fill them in Illustrator without issues…in both 5.3.2 and the current RhinoWIP (5E75w).

Perhaps you can post a simplified 3dm, please? If you can also post detailed steps for how you created this model, that would also be appreciated.