I recently learned that you can run Windows app in M1 macs. I would love to transition back to MacOS, but my work relies on so many windows GH plug-ins. Did anyone try running win Rhino on new M1 MacOS?

TL;DR: Apple Macs are transitioning away from Intel chips to their own Apple Silicon. The next version of macOS - “Big Sur” - will support these new processors. Developers will have to make changes to their code to support these new Macs. The scope of work for Rhino for Mac is currently being investigated. Yesterday, during the WWDC Keynote, Apple announced they are beginning the transition away from Intel processors to their own “Apple Silicon” SoCs, which are ARM processors, like those fo…

My point being: I need so many plug-ins that are unavailable for mac and I don’t expect developers to port it soon (Visose’s Robots, Fologram, Wasp…).

Having a beer and relaxing watching reviews of M1, I learned that you can run windows app via Rosetta and I speculated abou running my loved win Rhino on a M1 Mac.

I recently learned that you can run Windows app in M1 macs.

I’m curious what you mean by this. What are you referring to? How would you run Rhino for Windows - or any Windows application for that matter - on an Apple Silicon Mac? (I’d just like to know what method you’re referring to or where you heard this…I’m likely out-of-the-loop

I learned that you can run windows app via Rosetta

How do you do this? Can you please point me toward instructions?

I am also very surprised. I’ve heard it from Linus Tech Tips (link on the correct time stamp): https://youtu.be/4MkrEMjPk24?t=420

He argues that Rosetta can run windows apps. I jumped from my seat!

Thanks! I’ll take a look.

Presumably referring to this https://www.codeweavers.com/

Or running windows for arm via a virtual machine. 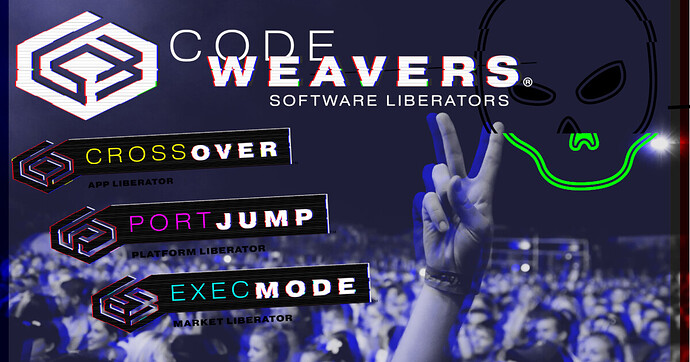 CrossOver Runs Thousands of Windows Programs. Does it Run Yours?

We’re constantly testing and rating CrossOver’s compatibility with Windows software. From business and office to education and reference software, CrossOver runs thousands of Windows programs on Mac and Linux.

CrossOver reminds me about the 15 years old transition from PowerPC to Intel. It was pretty bad back then, Do you think that maybe they did their homework in these years? I don’t need high performance in fact. If emulation allows me to run my beloved Rhino for windows in my beloved MacOS that I used since I was born, it would be marvellous!
In 2014 I uninstalled Revit, and I remember this day as magical. I would have no words about the day I will uninstall Windows.

I look forward to hearing how it performs for you. Please let us know.

I may get a M1 for my sister and do some tests.

He argues that Rosetta can run windows apps.

This was mentioned in passing at the big reveal. Some of the surrounding statements led me to believe that Rosetta is what they are calling an x86 emulator, perhaps running in a virtual machine, I assumed it wasn’t to be confused with Microsoft’s Rosetta compiler project of several years ago, but maybe they are related.

Rosetta is an emulator. In fact, we are talking now about Rosetta 2, because Rosetta 1 was used to emulate PowerPC code in Intel Macs.

Somebody somewhere (onestly don’t remember exactly) pointed out that Rosetta 2 is a translator not an emulator.

Yeah, I think the difference being a translater coverts the app when it first loads into native arm instructions whereas an emulator runs a live emulation of another type of CPU.

I’m in the same position. I can now mostly get by with the native macOS version, but there are some occasions where I will need to jump back to Windows.

I don’t know how well CrossOver would work with GH-Plugins, but M1 Macs can run ARM Windows, and ARM Windows will soon support x64 emulation. It’s already in preview.

I’d be very interested to know how well Rhino performs on ARM Windows (and Revit, for that matter). It would be awesome anyone in possession of a M1 Mac could try it out and let us know.

This is about running the Windows version on Apple Silicon, because the Rhino ecosystem is still catching up…

I am trying out Rhino 7 and GH on a MacBook M1 in Windows 11 ARM running under Parallels 17 VM. It seems to run ok with one big problem. When I try to save a file I get a dialog box that says “Encountered an improper argument”. After this point Rhino no longer runs although it does save the file. When I try to open an existing file sometimes I see the same dialog box but in any event Rhino locks up and will not run. However if I just start with a new file Rhino seems to run and Grasshopper runs and my plugins so far all seem to run. End result it is not really functional but it feels like it might be a simple fix but I’m not a programmer.

VM is not officially supported, so chance are the issue may not get fixed on the Rhino side…
Many GH plugins marked as Windows only, still works fine on the Mac. [you may need to manually put them in the correct location] With the exception of those who rely on specific Windows libraries, they do not work.