Rounding an edge with variable line distance. How?

I’m trying to round the two edges on a complicated piece and can’t seem to figure it out. I guess I could create two circles at variable sizes and run a sweep2 between them, but the corners are not a smooth edge. Any insights into curving these two edges?

There is no easy way of doing this in Rhino. It takes minutes to do in Solidworks.

Thanks @Stratosfear… what’s the dificult way to do it.

I need to figure this out as client needs it done. Thank you.

And actually, I was hoping to round the entire edge, not just the corners as you indicate.

I have no idea what you mean by round the entire edge.

Imagine fillet but on the entire edge… like the edge of a wing. It’s one round edge (not two rounded corners). Makes sense?

something like this? or at least is this part of what you want? 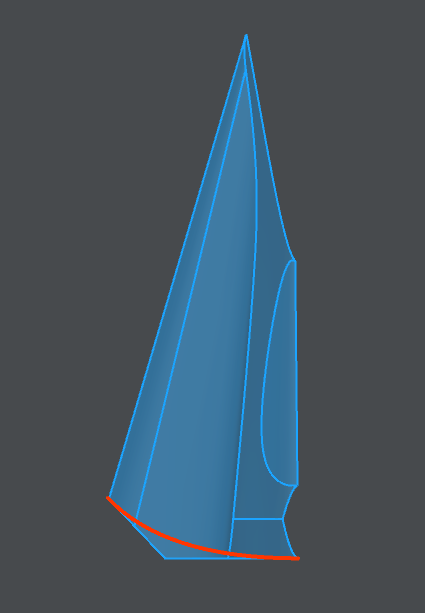 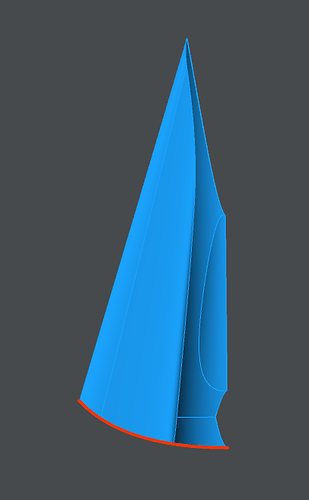 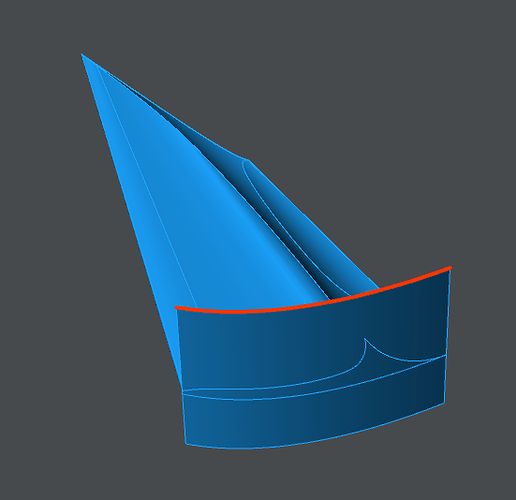 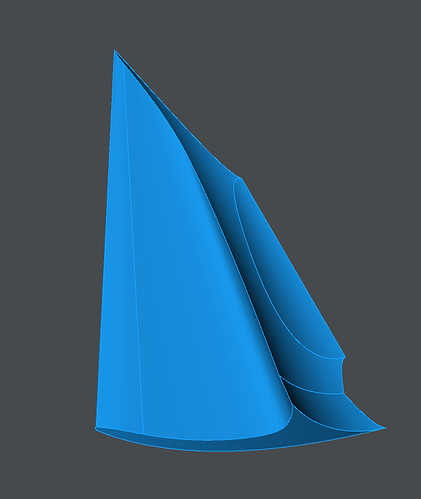 I never would have guessed something that basic.

must be the frightening height of the stratos-fear

if communication fails, the basics is all we need to start from.

No that’s not it either. I mean the entire lower edge to be rounded, just like the left side of the wing is rounded.

so do you exclude what i suggested fully and want to maintain the hard edge between B and A completely which would look like this? 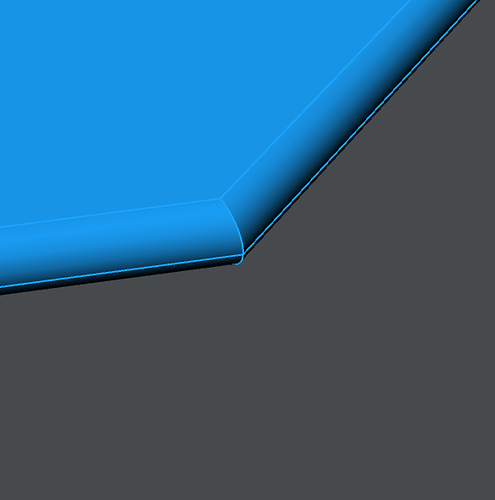 or can this be slightly rounded as already shown or alternatively like below? 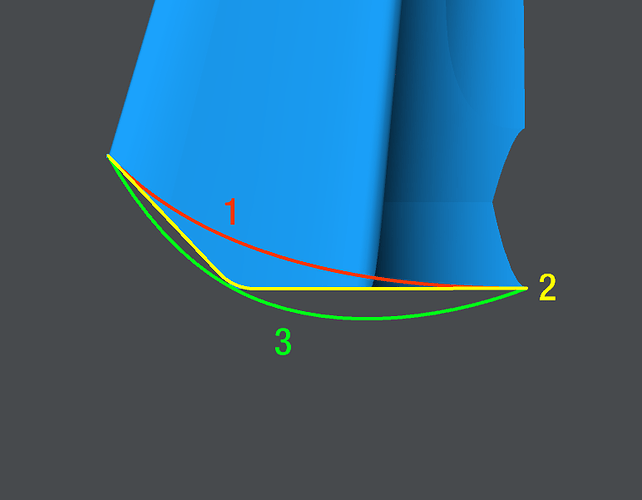 would this also include rounding down the 2 sharp wavy edges on your A?

Sorry RichardZ, I missed this reply. I was looking for the yellow line solution you show.

Depends what you really want it to look like. I couldn’t dl your original file, but these are a number of sweep2 solutions with something similar… 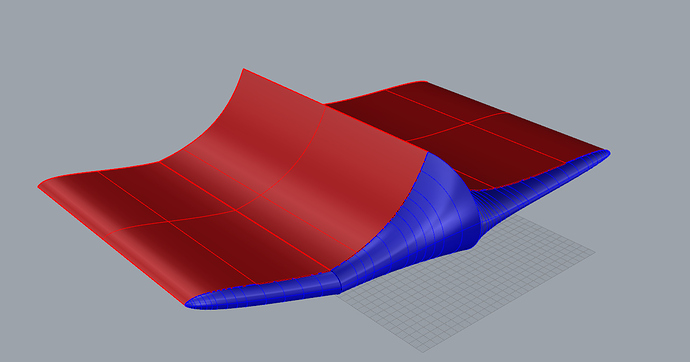 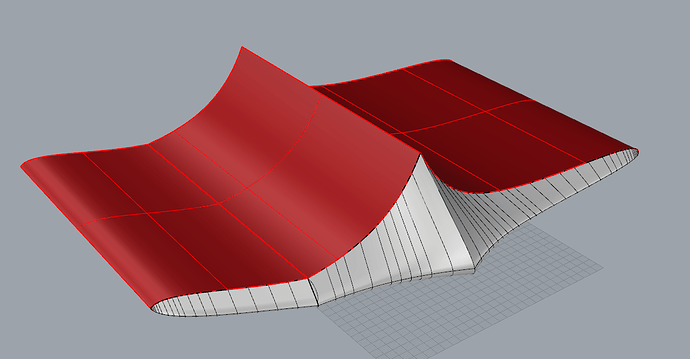 What you want is possible in rhino, you just need to nail it down exactly.

Looks like the first options is the one I’d need to figure out.