There is any possible way to plugin .rhp file into rhino using rhino C# 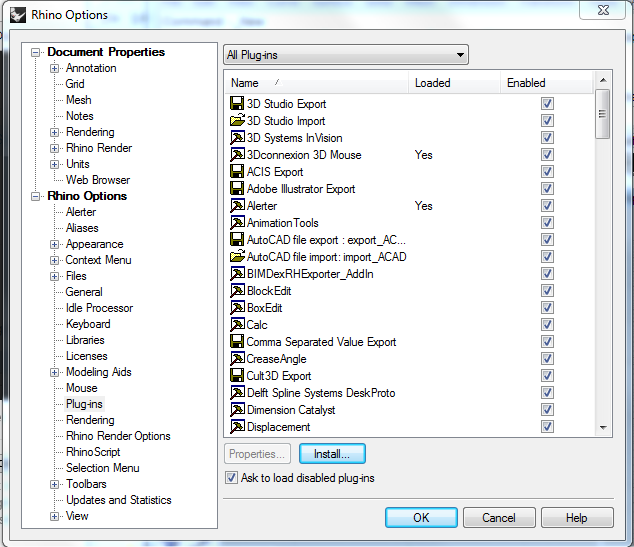 Any option to install .rhp file in rhino c#

RhinoCommon for Rhino 5 does not have a function to install a plug-in.

RhinoCommon for the Rhino WIP does - just use the PlugIn.LoadPlugIn override that accepts a path string parameter.

The only way I can think of via Rhino 5 would be to use RunScript passing -Options _Plugins _Load and then passing the filename string.

PlugIn.LoadPlugIn is load previously pluged .rhp files only it not working for new Plugin .rhp file

Yes, Rhino 5’s compatible RhinoCommon Plugin.LoadPlugIn will only accept a GUID of an already registered plug-in. The RhinoCommon for Rhino 6 WIP has a new overload for this method that will now also accept a string path to load a plug-in from disk.

For Rhino 5 a RunScript command would be about the only alternative as I mentioned in the post above.